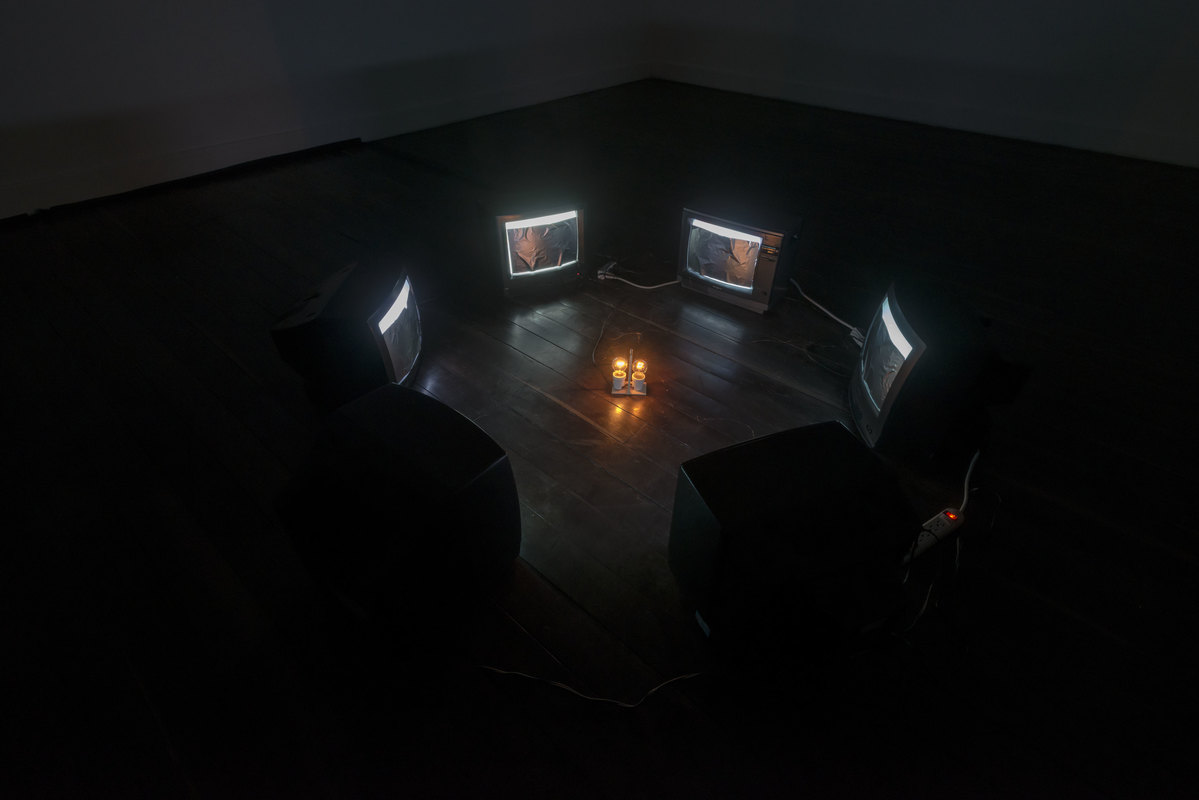 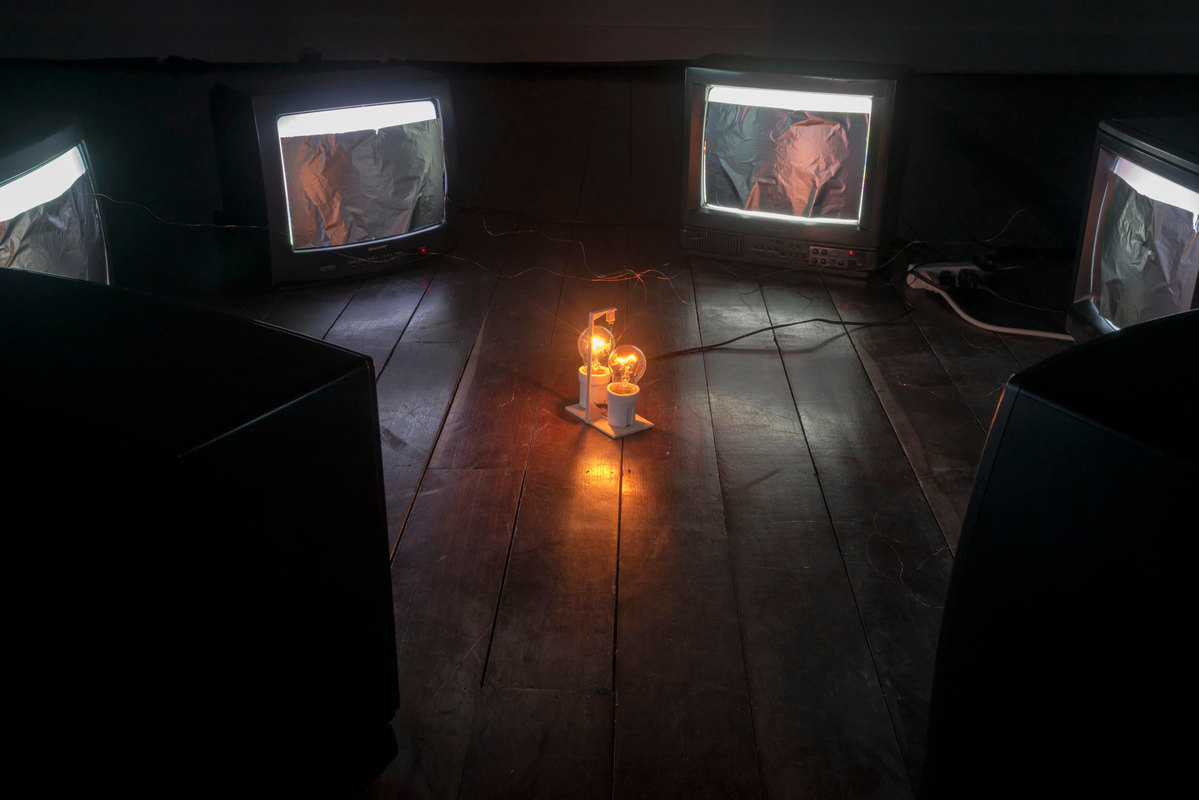 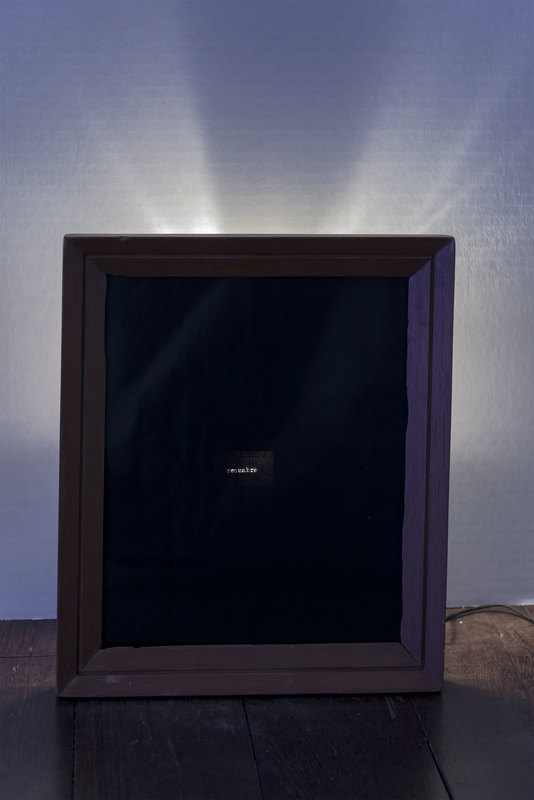 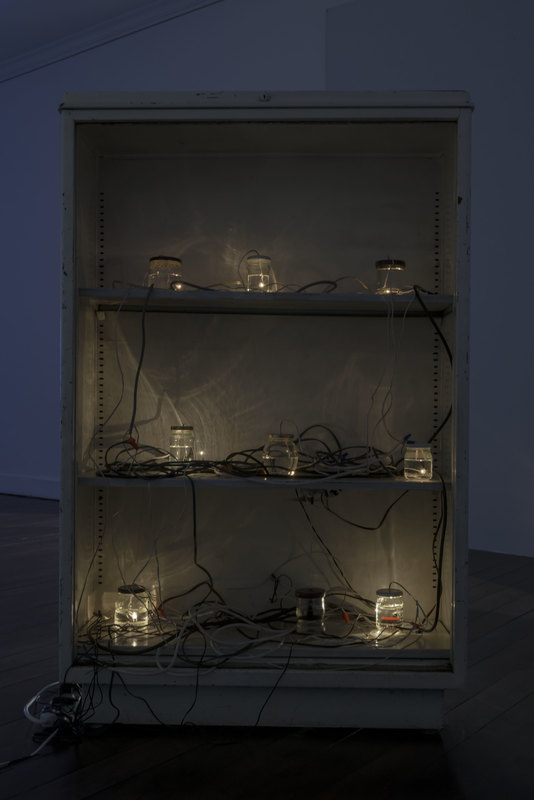 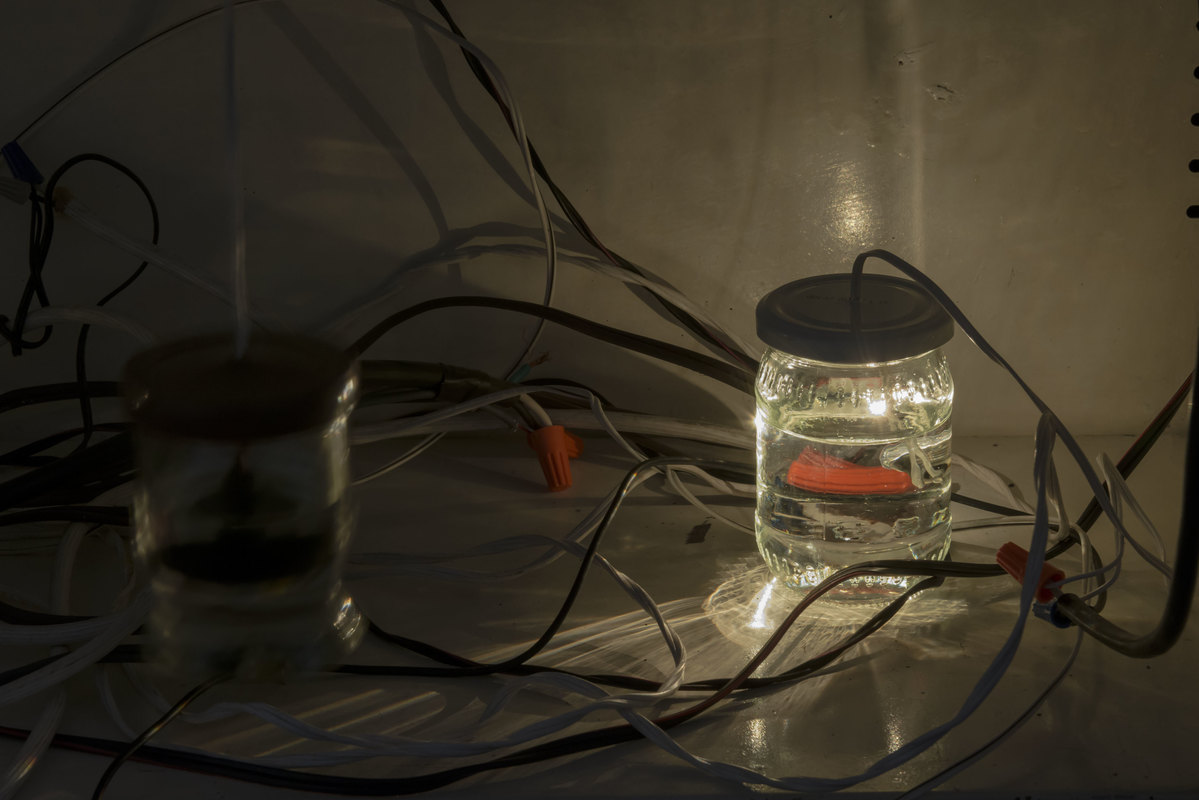 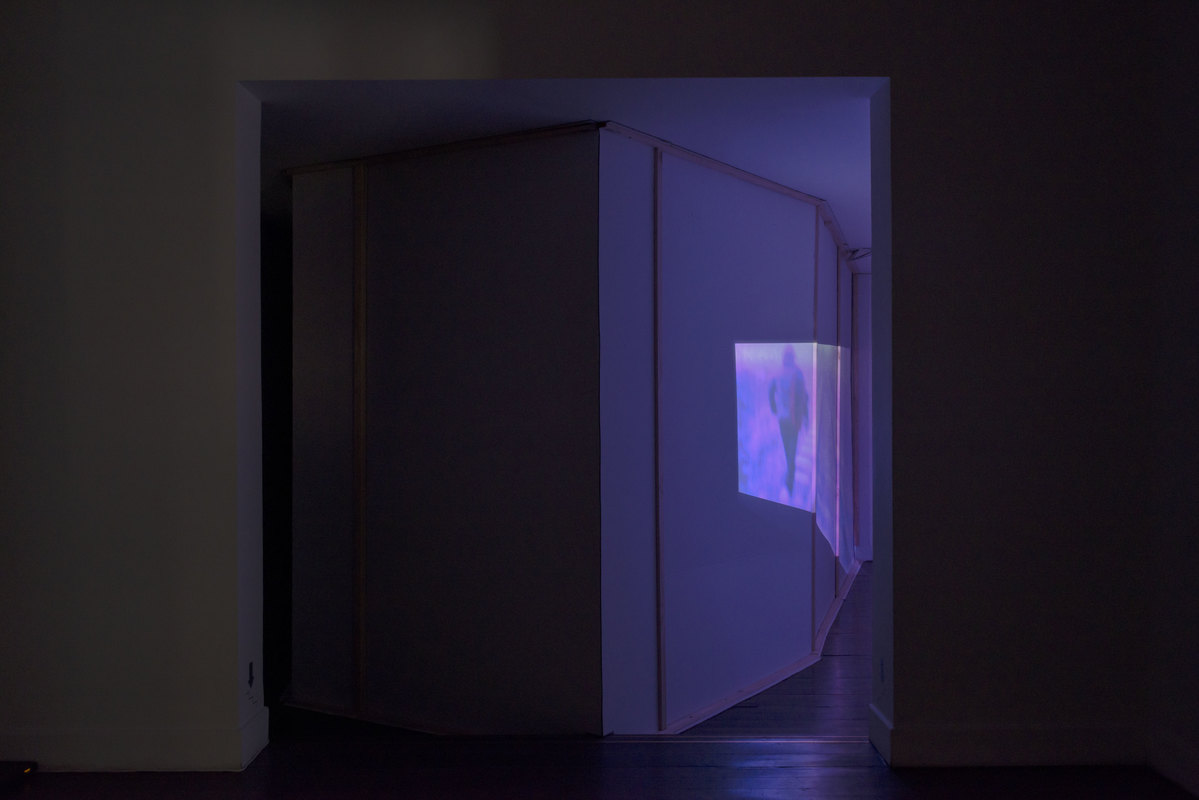 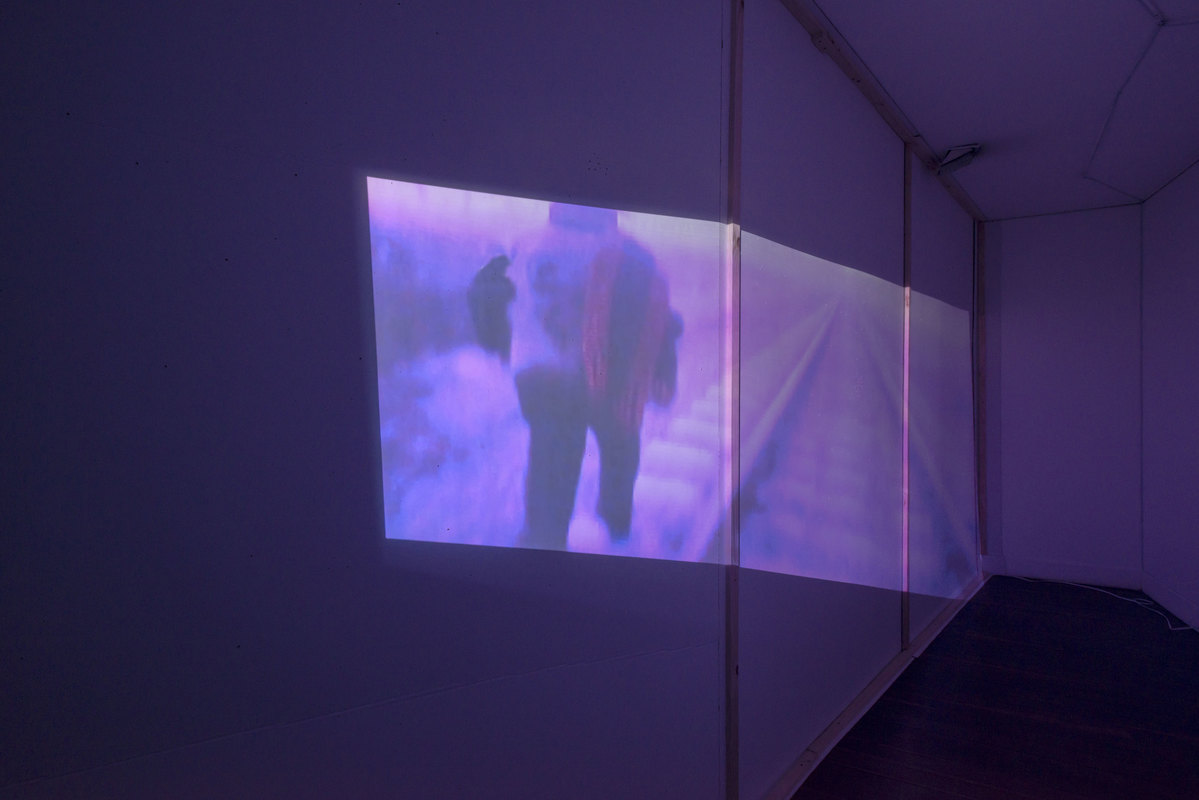 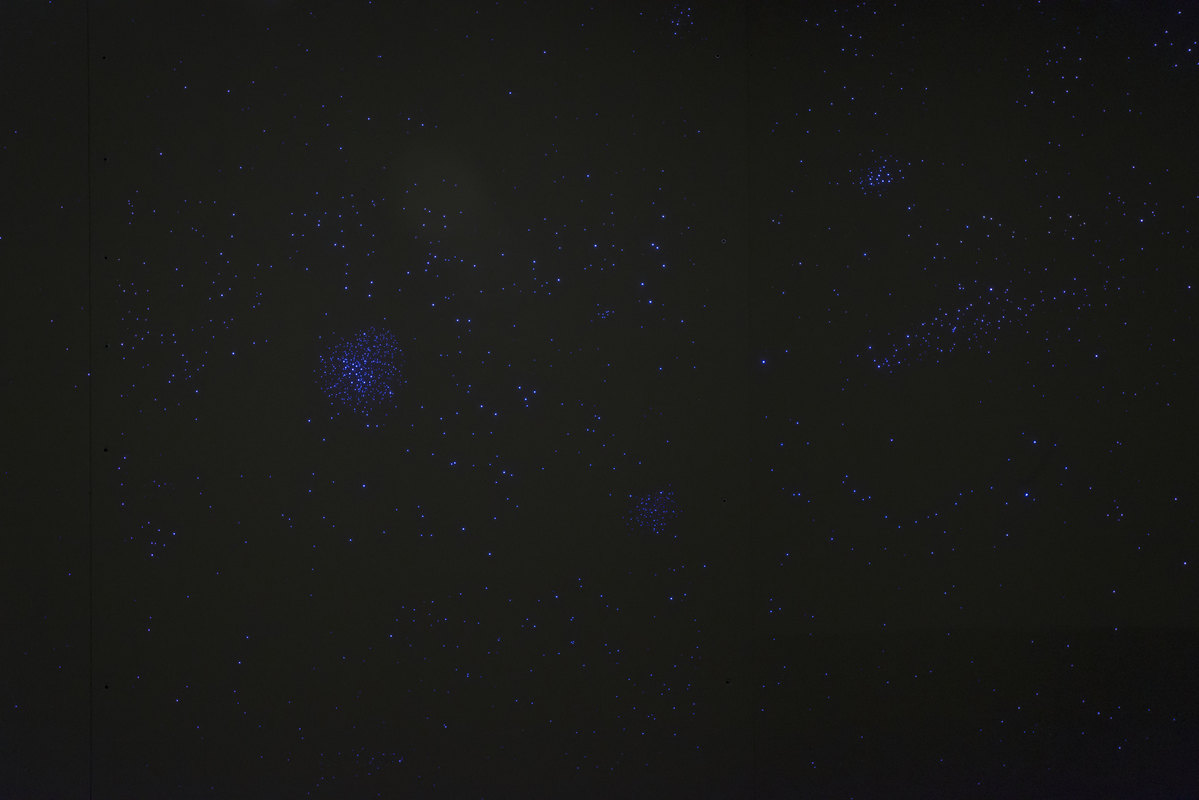 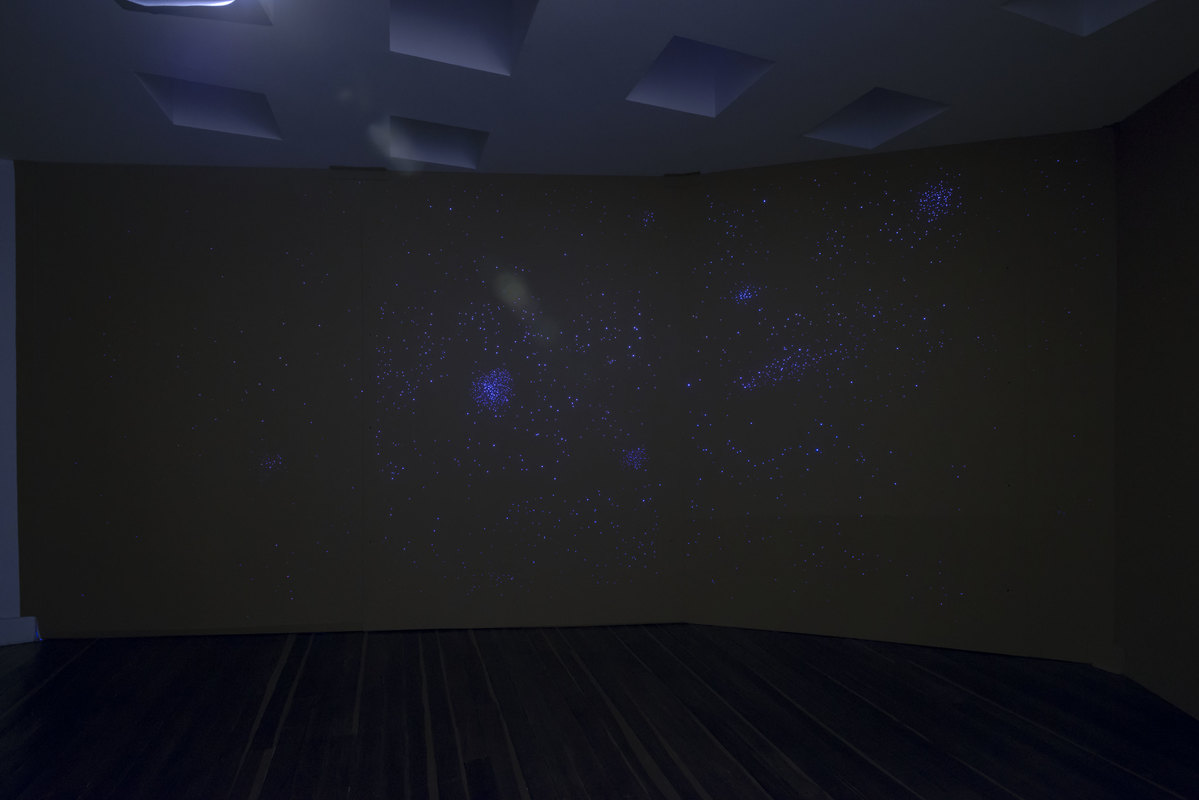 Continually inspired by the nature of human relationships, in his most recent project Zorbar reflects on the notion of control expressed through the invention of machines, techniques and artifice, and the possibility of error that is intrinsic to these contrivances. By highlighting technology’s inherent failure, the works on view articulate a finite and incomplete universe that is constantly changing.

In baja definición: a partir de ese momento, los días cambian the technical aspects of Zorbar’s works are reformulated and presented as atmospheric experiences that seek to problematize the notion of artifice through the devices employed by the artist. Comprised of video-installations in different media and formats, intervened TV monitors, and a cardboard installation that reproduces an image of the celestial sphere in 97 years, the works on view dialogue harmoniously to configure an intuitively built world, a world where nothing is hidden, where everything is exposed.

The strategy of showcasing both the image and the mechanism that gives life to it, manifests the artificial nature of that which is technical as well as the inherent human qualities of fabrications; rather than describing the works as obsolete or novel, the artist choses to refer to these as accurate, yet illusory and paradoxical mechanisms that like humans, will undergo change.

By intertwining his personal experiences with literary and cinematographic references, Zorbar goes deep into exploring the relation that humans establish with what surrounds and transforms them, encourages and limits them, consequently offering a great variety of readings at different levels capable of revealing fallibility, that underlying feature present in every human action.