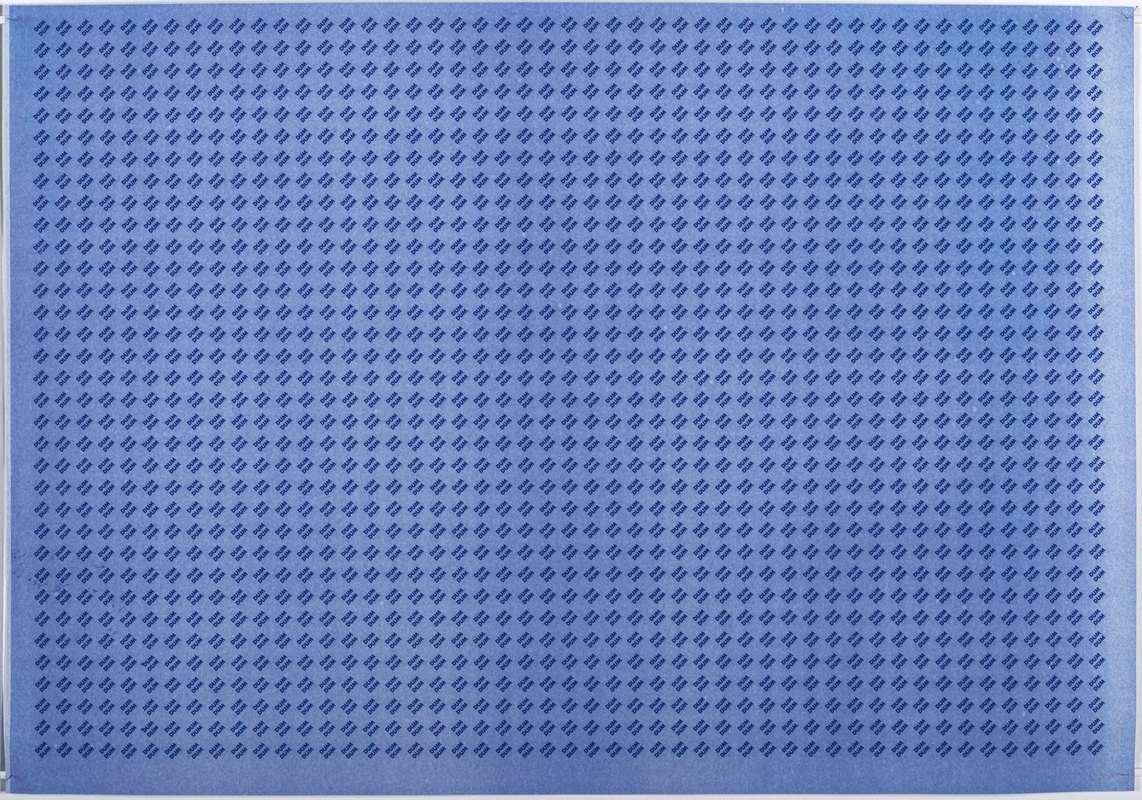 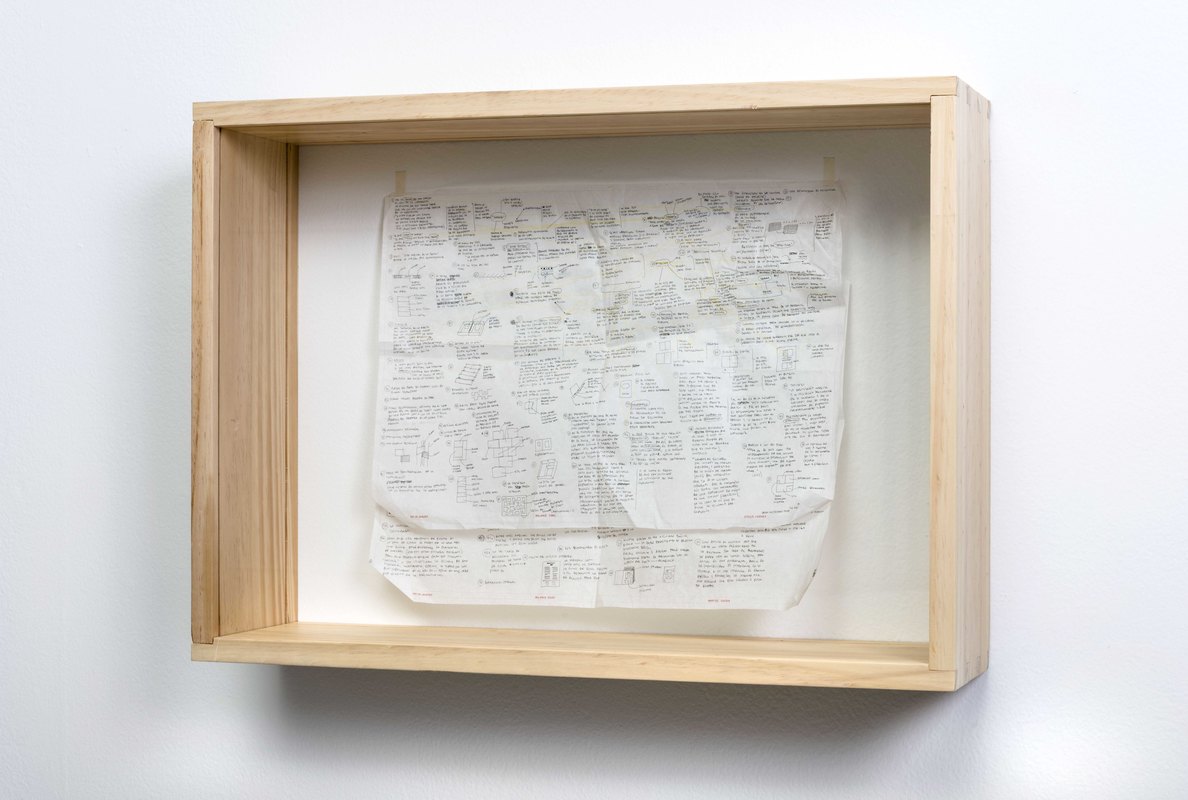 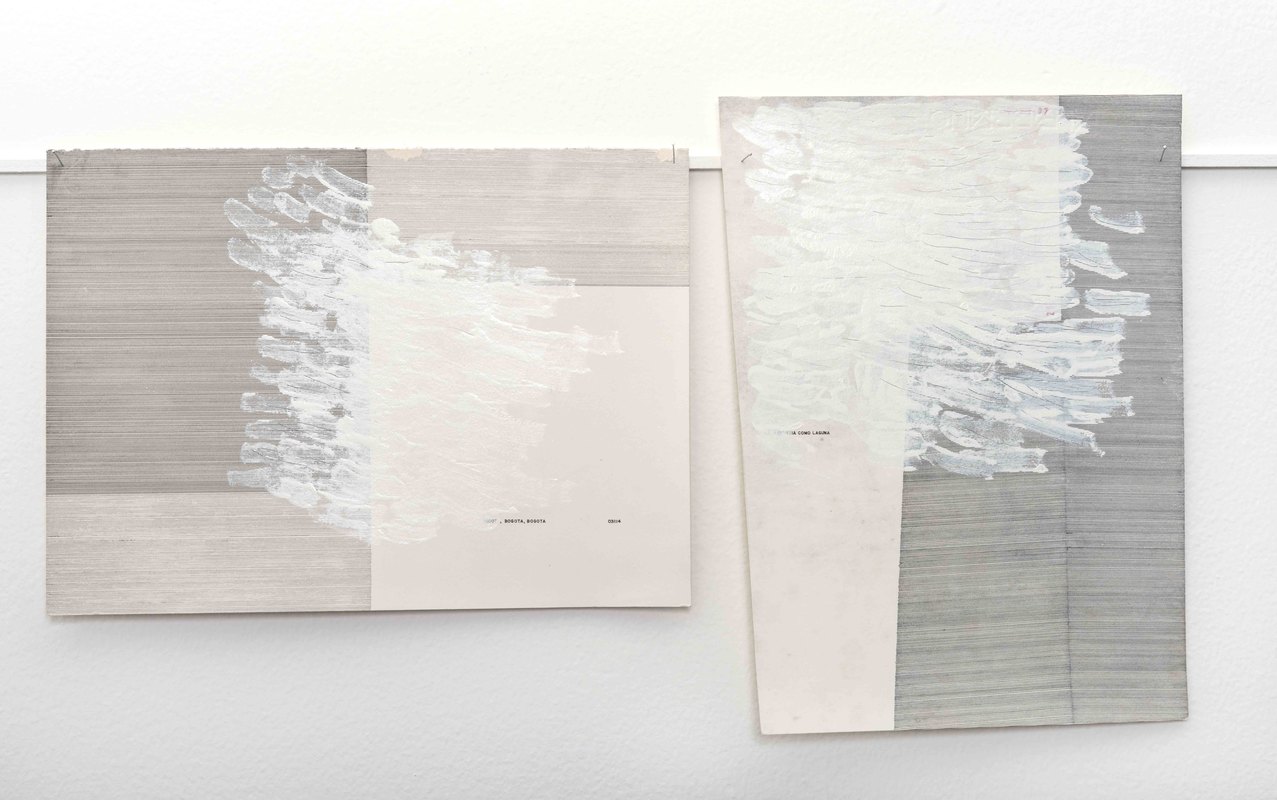 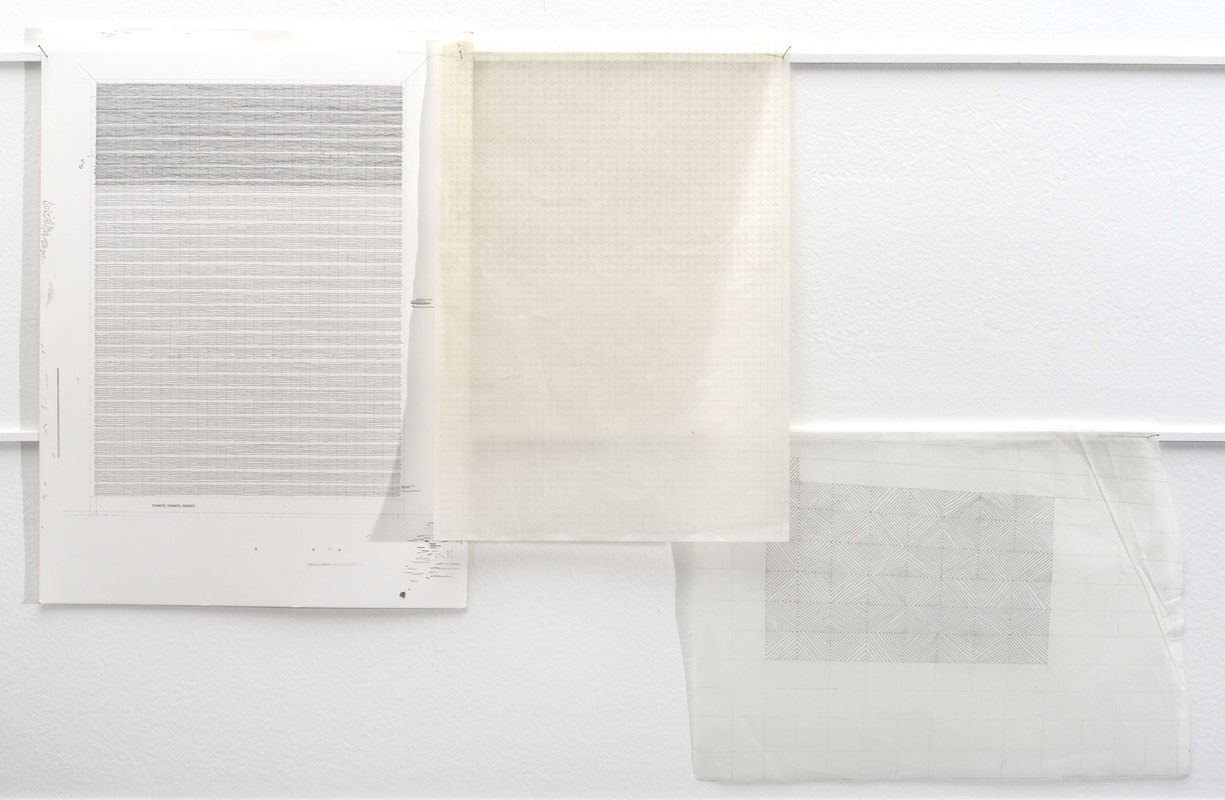 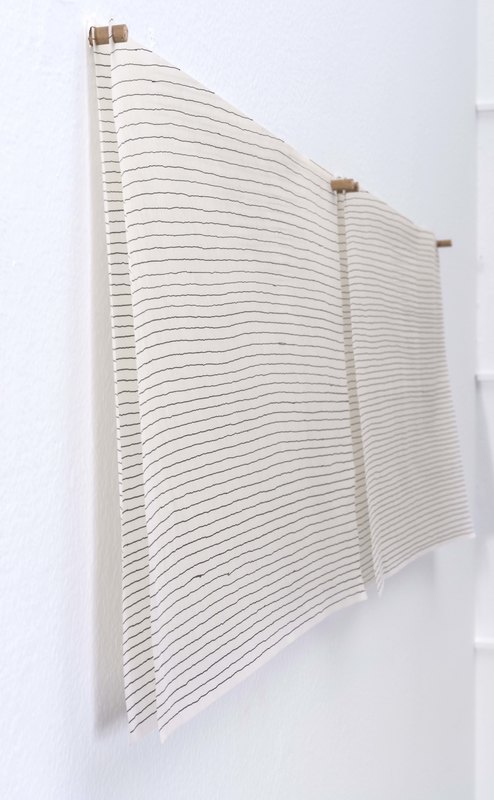 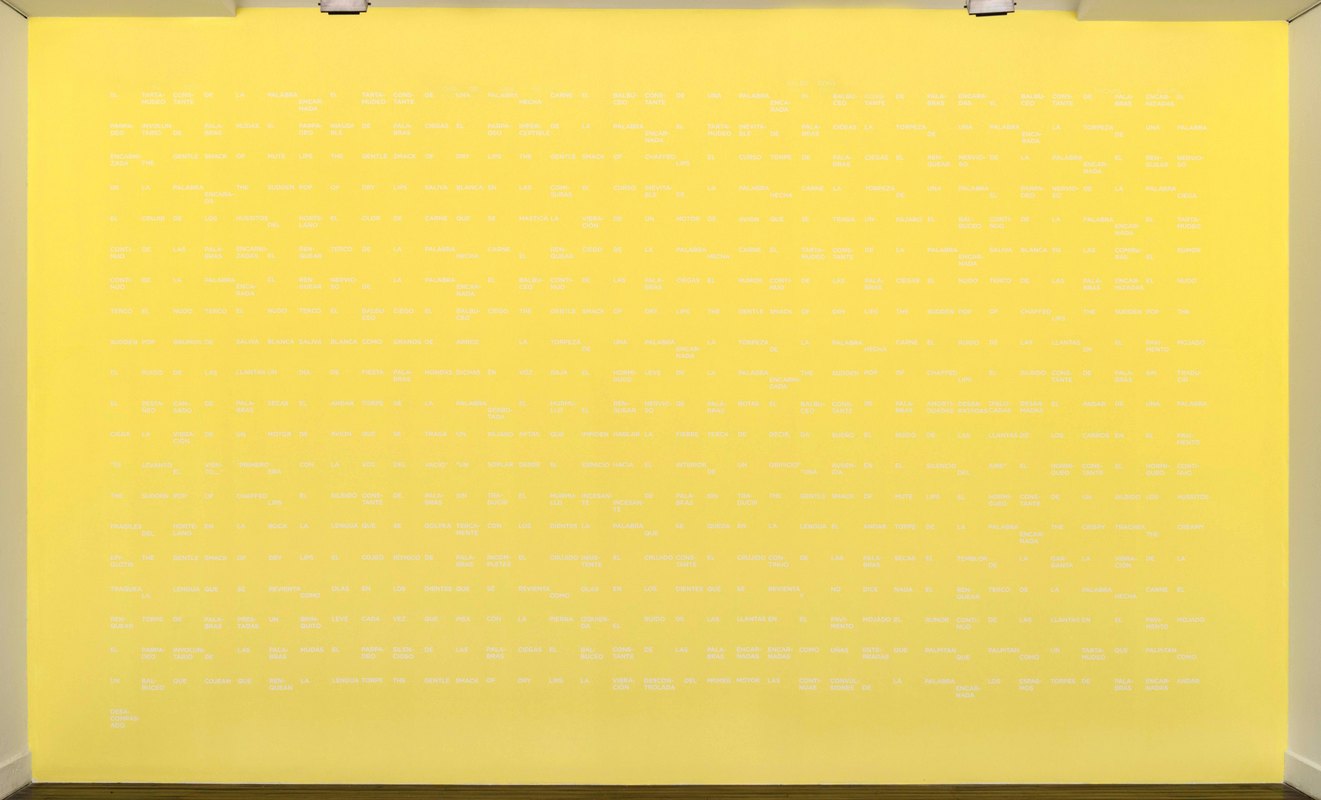 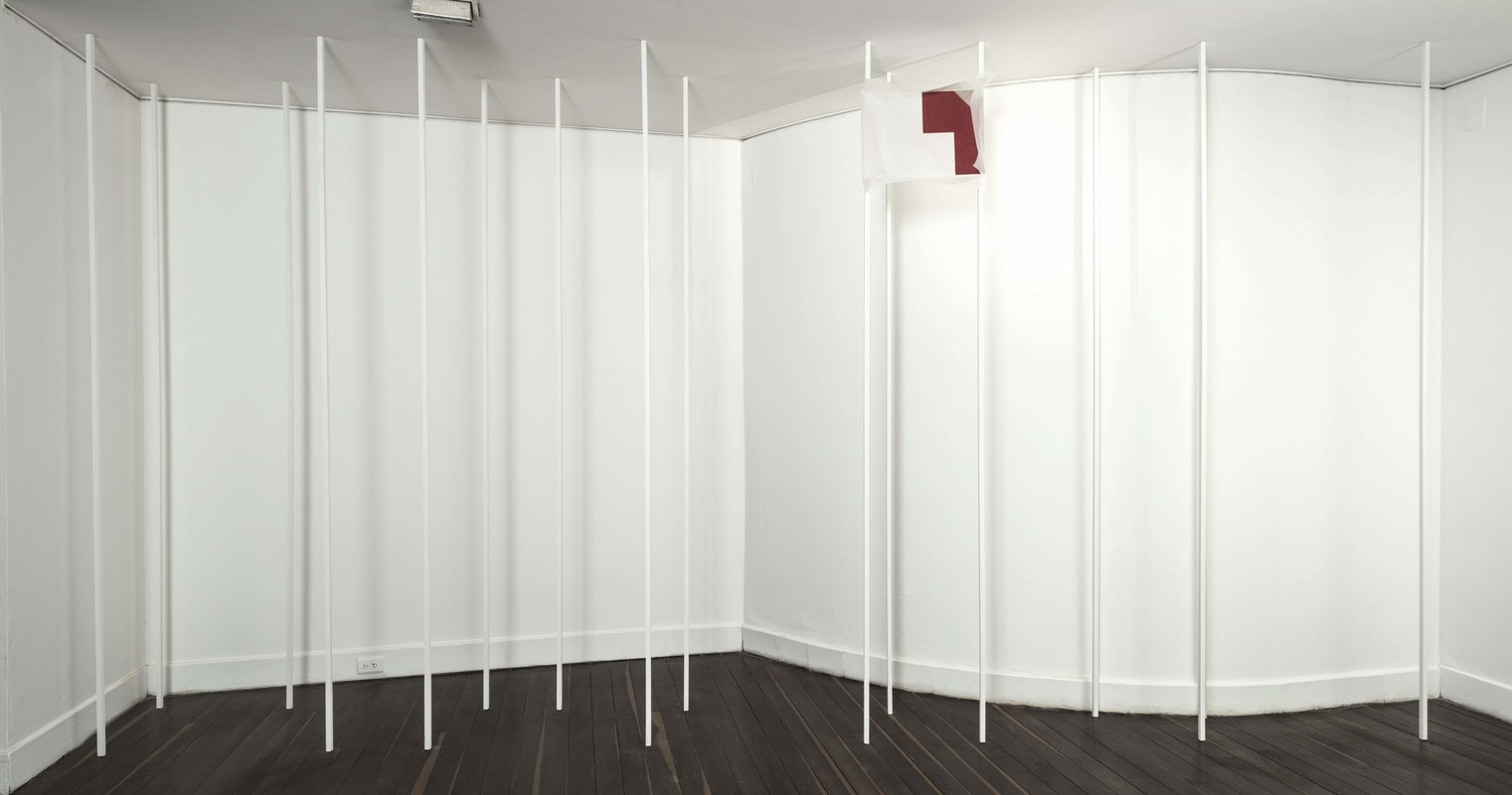 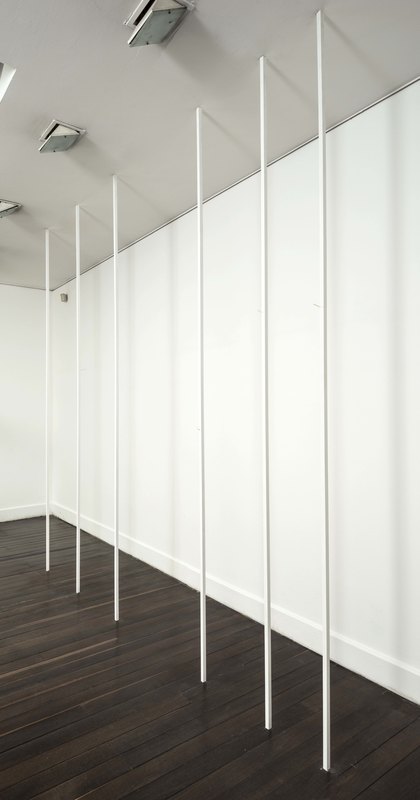 In several of his texts, Gilles Deleuze affirmed that thought is produced from a field of possibilities and is made visible through what he termed the “the image of thought”. In a similar way, Bernardo Ortiz seeks to reveal in his work the supports and resources that shape visual experience. In 180615, Ortiz’s most recent exhibition, the image—resulting from an amalgam of technical and material solutions or as a text made out of layers— is present in drawings, installations and onsite interventions.

In 180615, Ortiz continues to explore the in-between spaces or limits that manifest themselves in art: the perceptible and imperceptible, the reproducible and irreproducible, the existing and potential, the real and fictitious. By recurring to formal solutions such as overlaying drawings, intervening supports with different layers of gouache or perforations, contrasting colors affecting the legibility of words, or uniting precise traces with more casual brush-strokes, the artist seeks to bring together both the conceptual and the material. Moreover, the exhibition makes up a narrative marked by gestures, references and accents, while employing the rupture of scales and the playful placement of works on supports such as a large balsa wood structure.

Outdated techniques such as the digitalization of images in TeX[1] and heliographies are present in particular ways. These obsolete methods not only emphasize the photographic quality of the image, but also allude to outmoded processes that reveal their own limits (photography, painting, drawing and projections are composed by minimum units). Hence, the reproduction, the copy, the drawing of the drawing, or the photo of the drawing converge, erasing the limits between techniques, discourses and concepts.

Mindful of the fact that each era finds certain forms of producing an image, Ortiz creates snapshots that hint to their own mechanisms. After all, the visual experience — which often seems reduced to the image— is the byproduct of a complex, yet sometimes overlooked strata.

[1] A graphic design software that became popular in the 1970s to digitalize images.