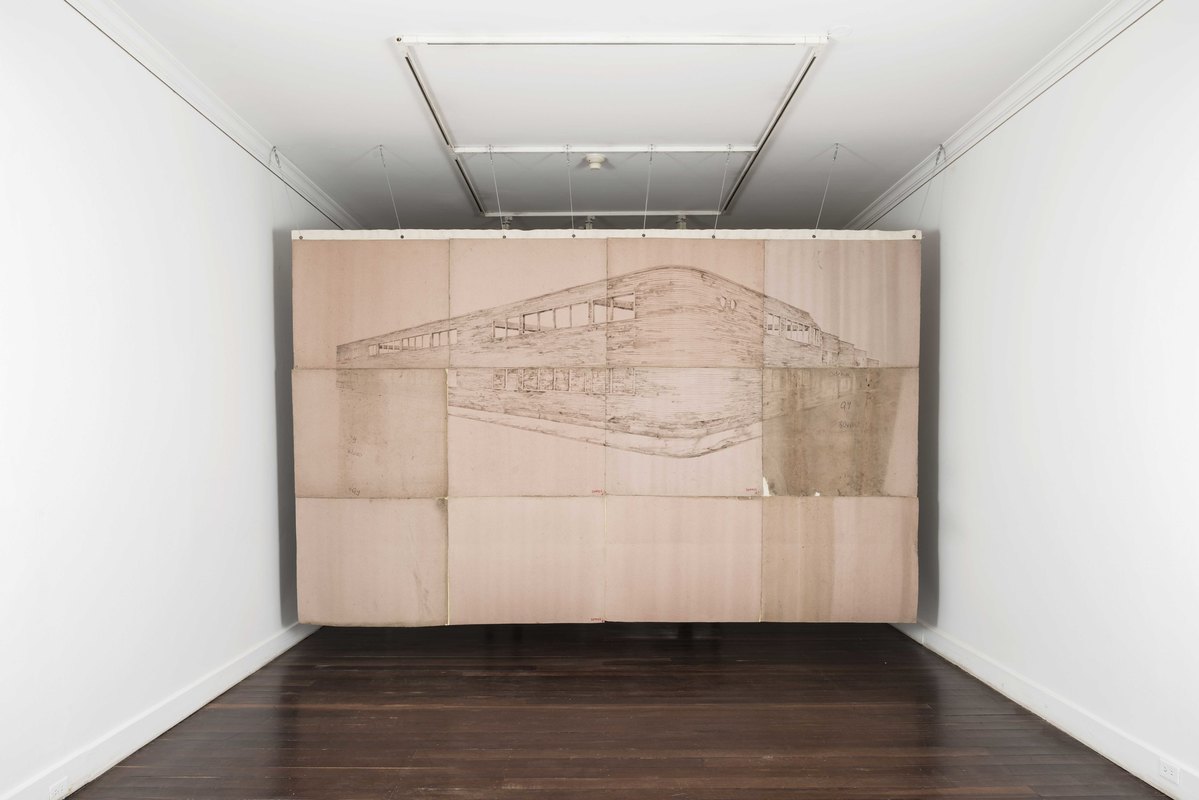 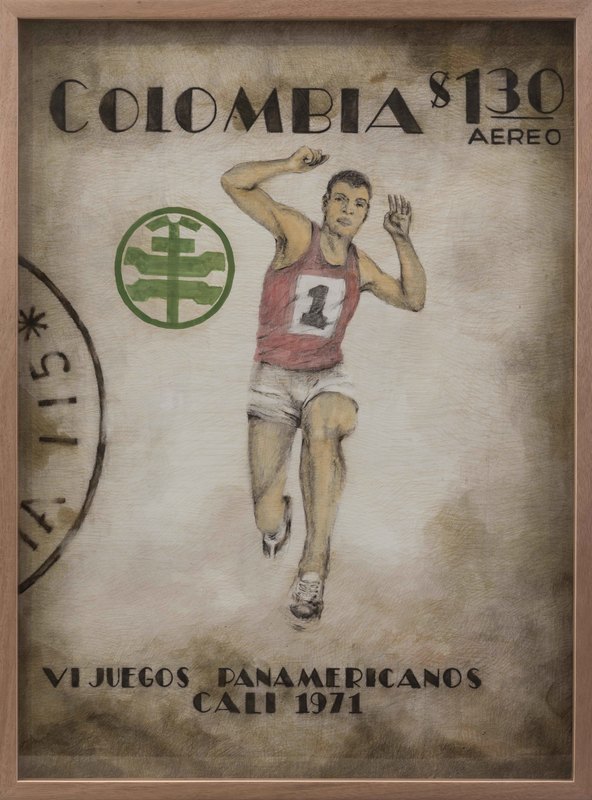 During the late 1960s, when Cali was chosen as the host city for the VI Pan American Games, the town in its precarious state of modernity witnessed a process of architectural renovation and urban expansion partly driven by the ideas put forward by political leaders who sought to bestow upon the city a new aura of advancement. The discourse of “progress” that dominated the press at the time, and a series of modernist architectures located in the downtown area of Cali that testify to the city’s initial phase of renewal, impelled Alex Rodriguez to develop his most recent mixed media project gathered under the title: Ciudad de las Américas (City of the Americas).

By combining image and architecture in three unique yet contrasting formal solutions, Ciudad de las Américas offers an ethical view of the social, political and economical implications of an accelerated urban development. In a book published in 1971 on the theme of the Pan American Games, the artist reorganizes the publication’s content and intervenes it by drawing architectural structures specifically built for the games, so as to express his own vision regarding the ideas of “progress” associated with the games. In an animation that incorporates an explosion of hand-drawn and intervened images of architectures flanked by the figure of a man holding a ribbon who appears to be inaugurating these structures, the artist not only insists on revealing the flat qualities of these “modernist” constructions, he also seeks to evoke his concerns through this authority figure whose commemorative gesture symbolizes the values of the ruling class. A monochromatic large-scale drawing of an old hat factory acts as a faint memory of a specific time in Cali’s history, mediated by the artist’s own vision,

Ciudad de las Américas is a project brought into fruition thanks to the artist’s interest in exploring a particular aspect of his hometown. The investigation, which began with the photographic record of countless parking lots located in downtown Cali, incites the artist to materialize and question certain ideas that inspired the urban transformation of a city that expanded radically during the 1970s.