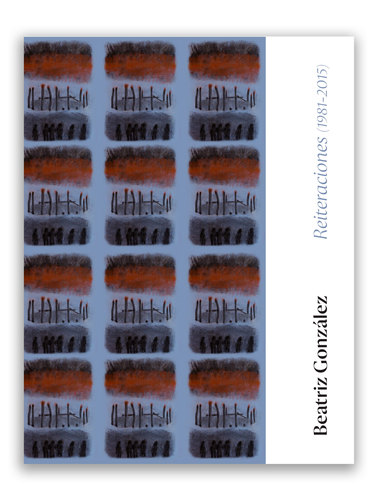 Catalog of the exhibition Beatriz González: Reiteraciones (1981 – 2015) | February 18 – April 23, 2016 The original, its copy, and the succeeding copy of the copy are concepts that have fascinated Beatriz González since the early stages of her career. The transformation of universal works of art in the hands of popular taste, as well as the visual traits acquired by a photograph when printed in the media, have had a decisive impact in the artist’s practice. Nonetheless, by employing techniques of mass reproduction González is not looking to create depersonalized or empty copies, but rather seeking to take a personal stance. Unlike Pop’s legacy, in which the infinitely reproduced image conveys an ambiguous message (it both celebrates and criticizes certain aspects of society), González does not leave room for vagueness: her work with newspaper images, which reflect the scope and character of information circulating on a national level, have modeled a clear discourse.