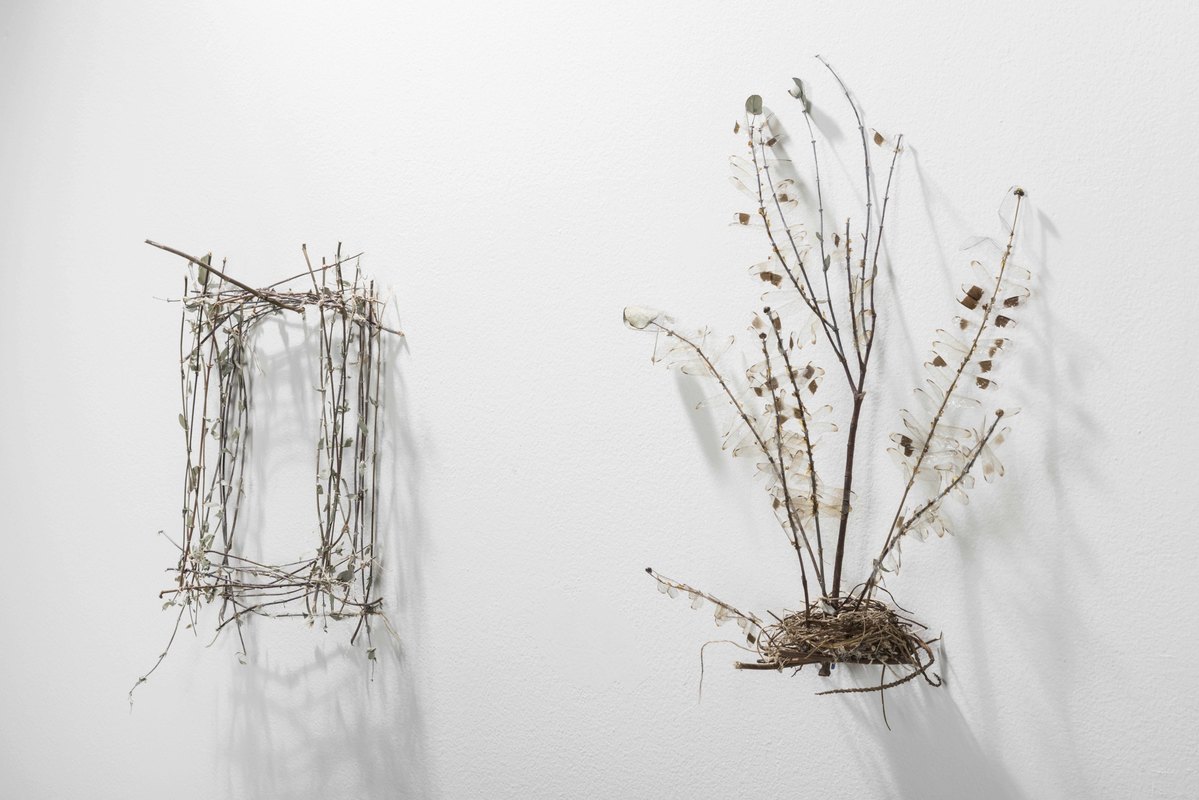 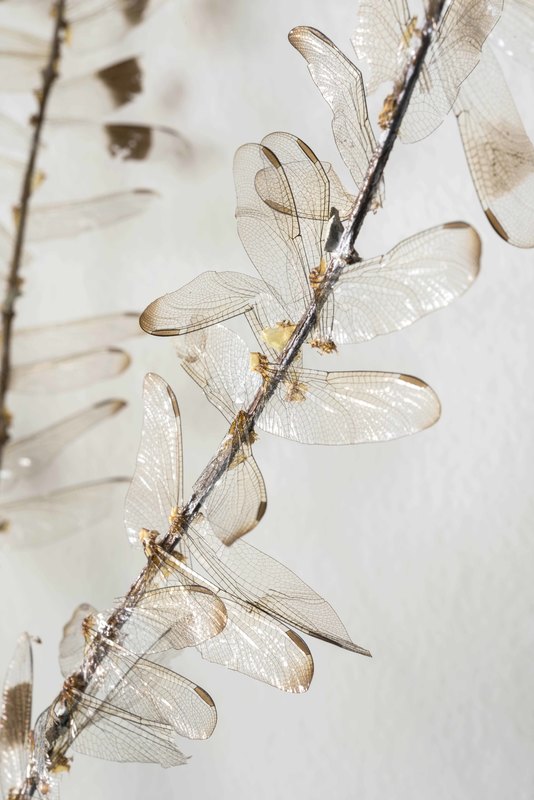 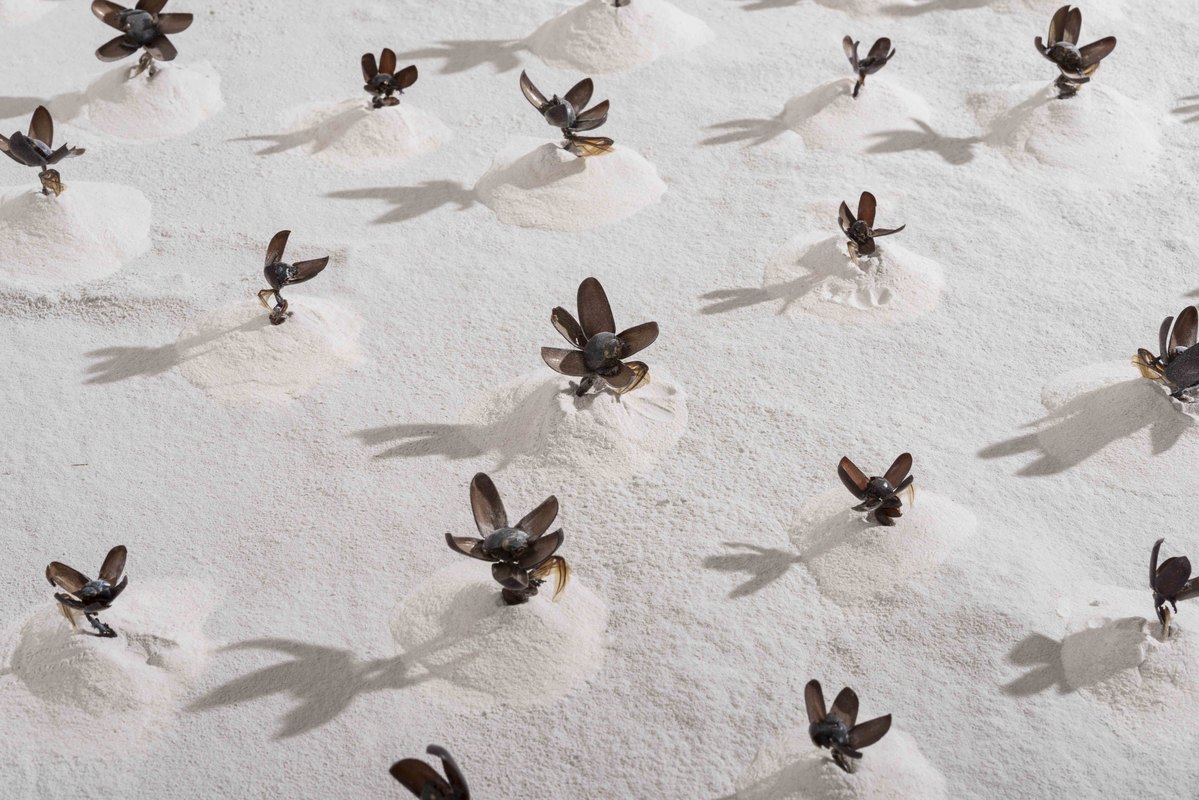 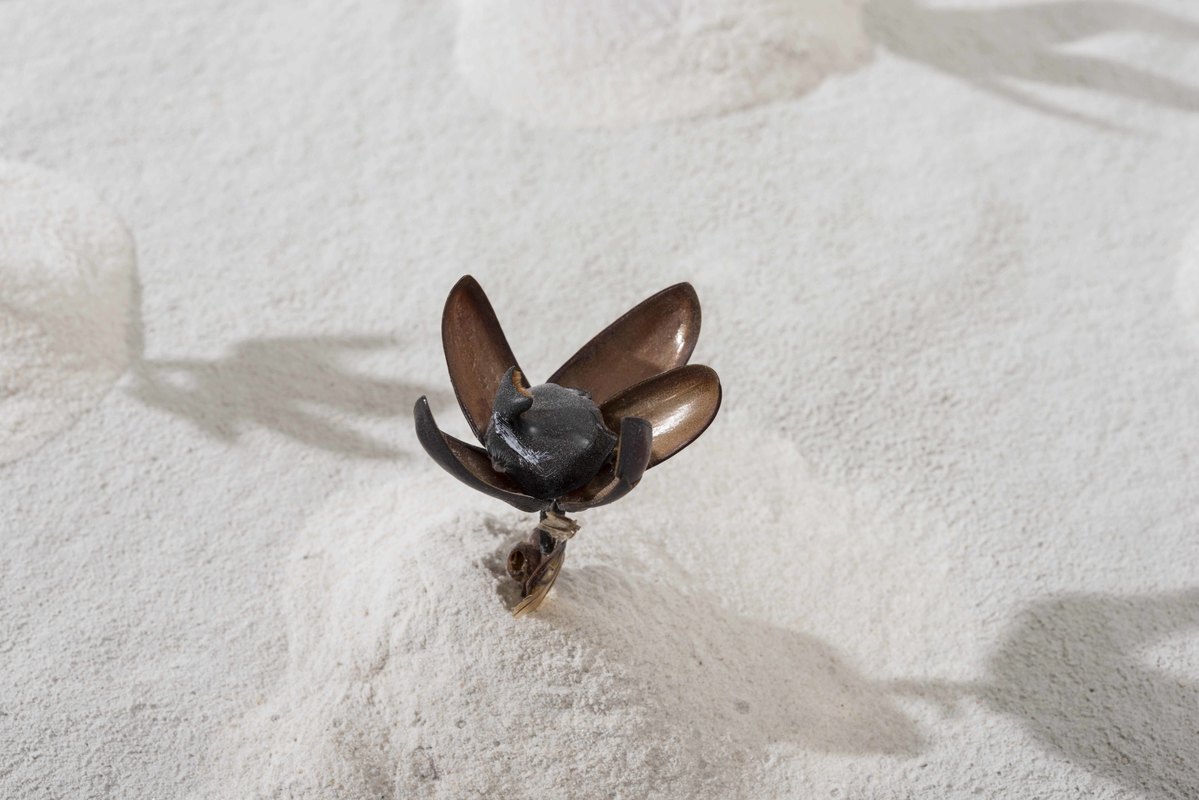 Contratiempo is an exhibition articulated around a series of habitats and territories created by means of the careful manipulation and transformation of diverse organic materials including eucalyptus leaves, cinnamon sticks, beetle cocoons, dragonfly wings, and different flora and fauna typically found on the area where the artist resides.

Tafur’s work is a reflection on the patient and meticulous ways in which she relates to her surroundings and context; likewise her practice expresses her personal views regarding the nature of the materials she uses. The cycles of nature, the states of decomposition, human intervention in the form of technique and tools, and the disappearance of matter itself therefore act as the fundamental concepts of the exhibition.

A profound understanding of the environment where human beings develop and renew, of the interconnectedness shared by all beings as well as the cycle of life and death that is intrinsic to all living things, allow the artist to include references to an organic world abounding with connections; these references include: the passing of time and nostalgia, the daily and the subjective, short-lived and fragile images rescued in smells, textures and colors, all of which establish connections between the different levels of experiences and memories.