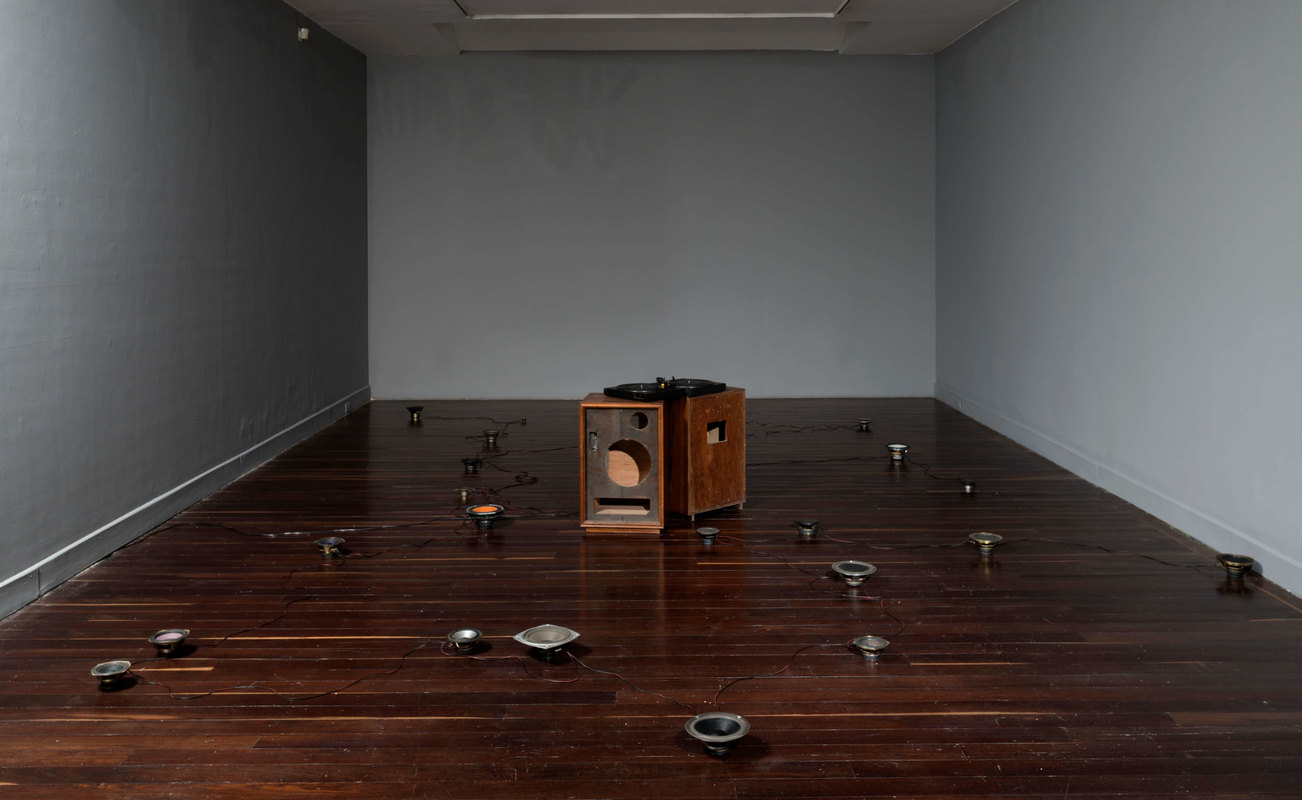 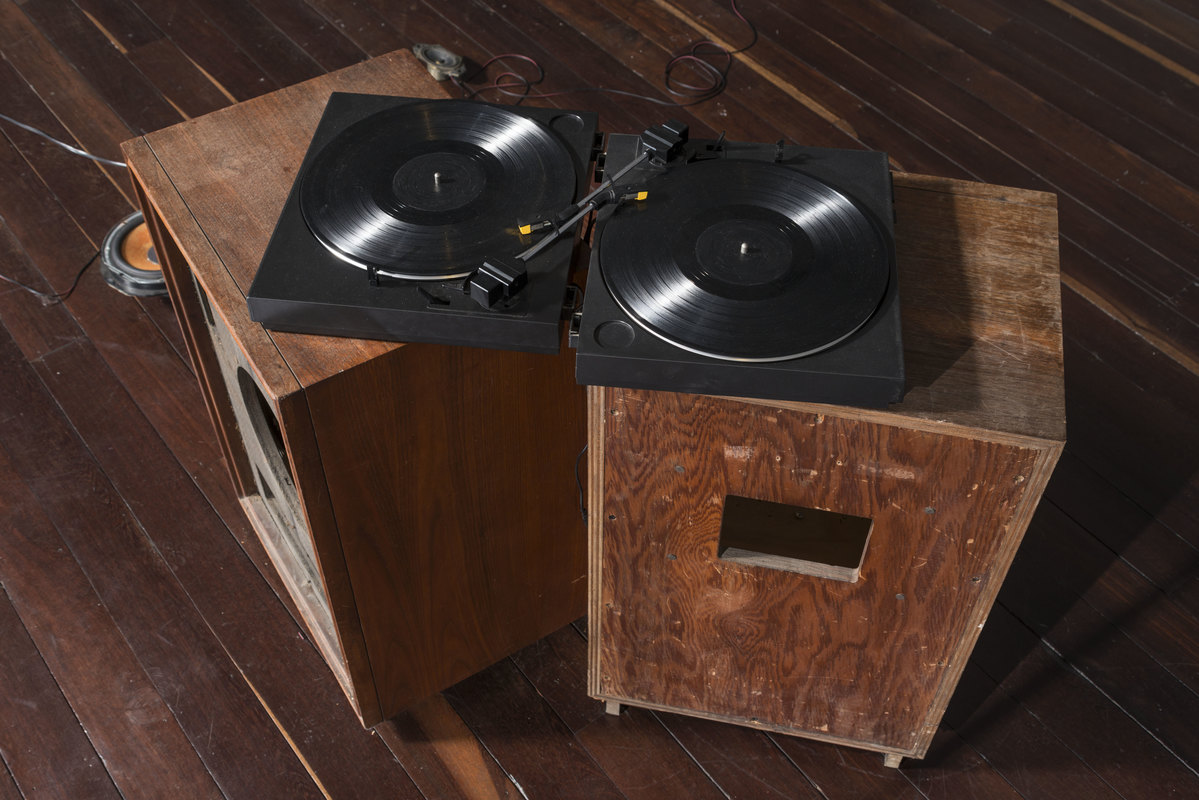 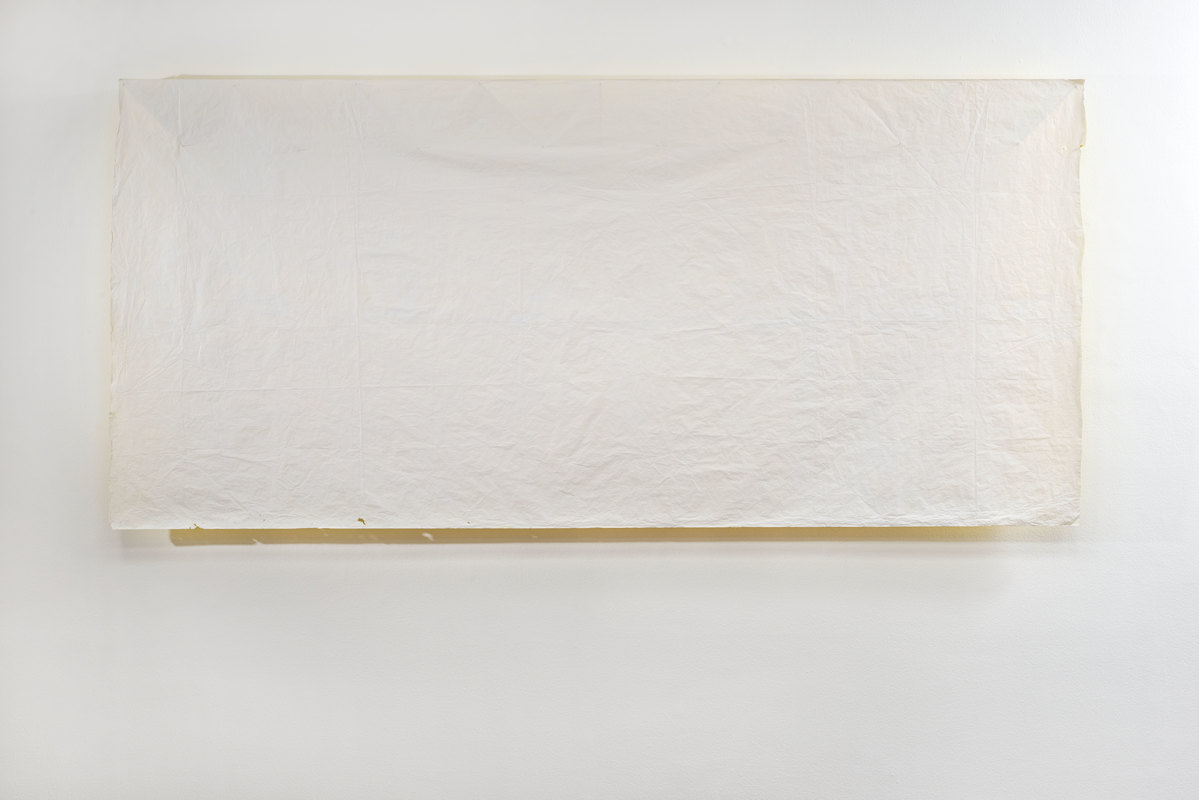 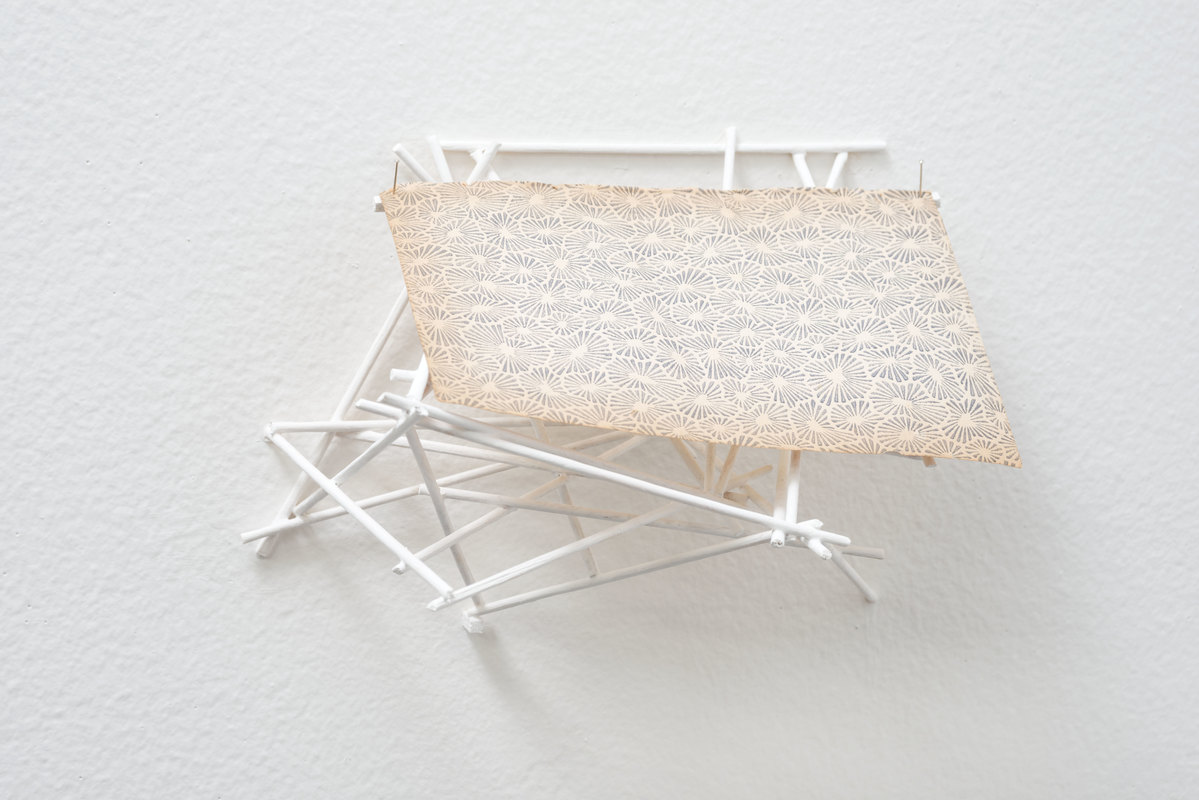 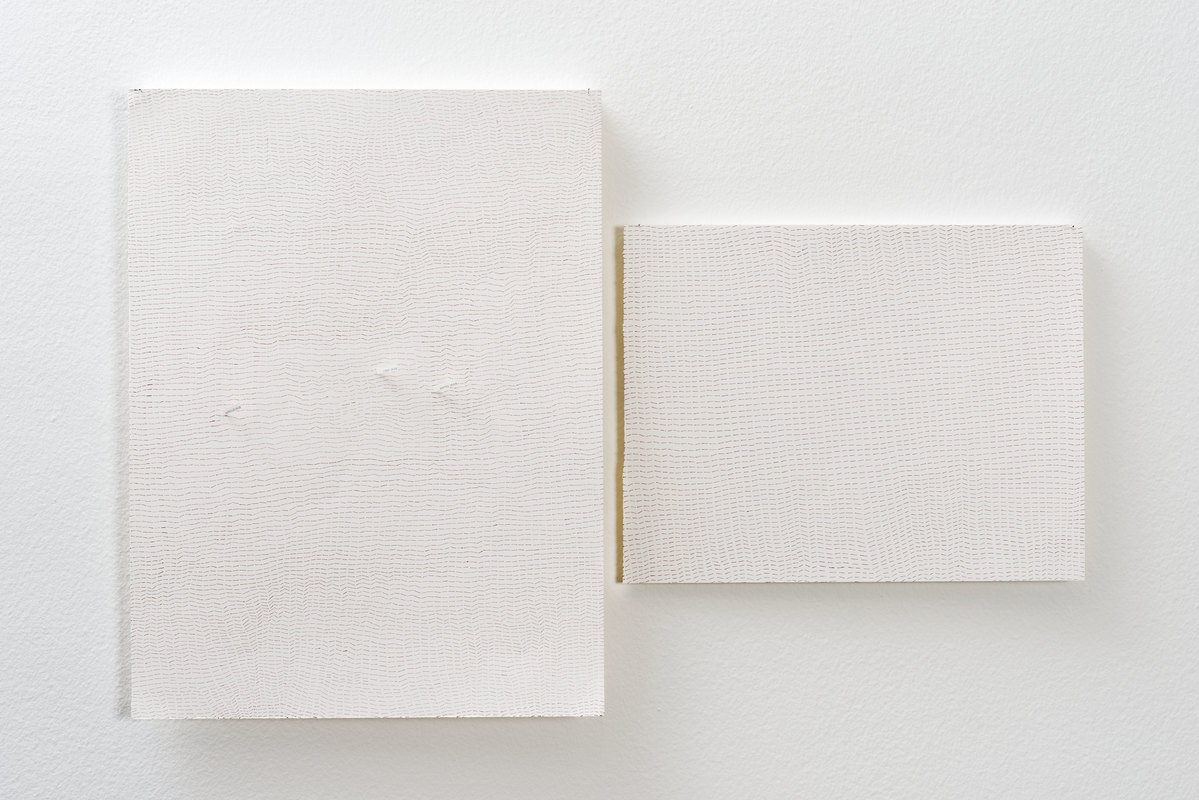 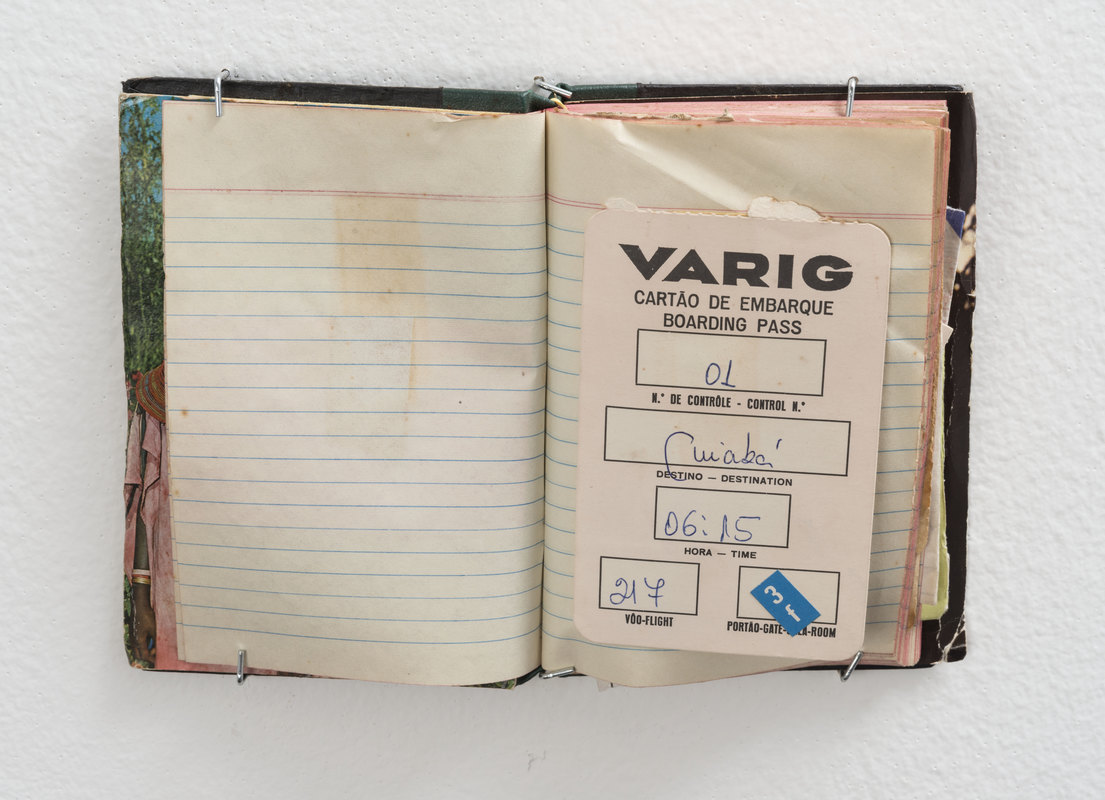 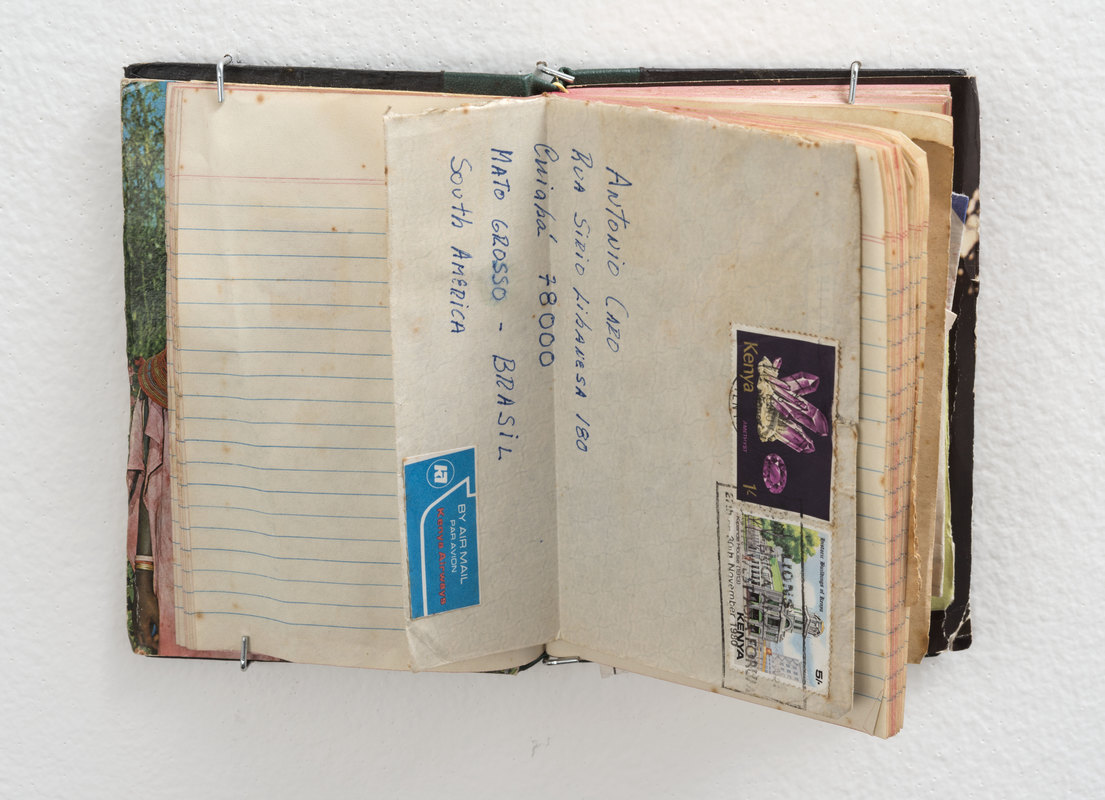 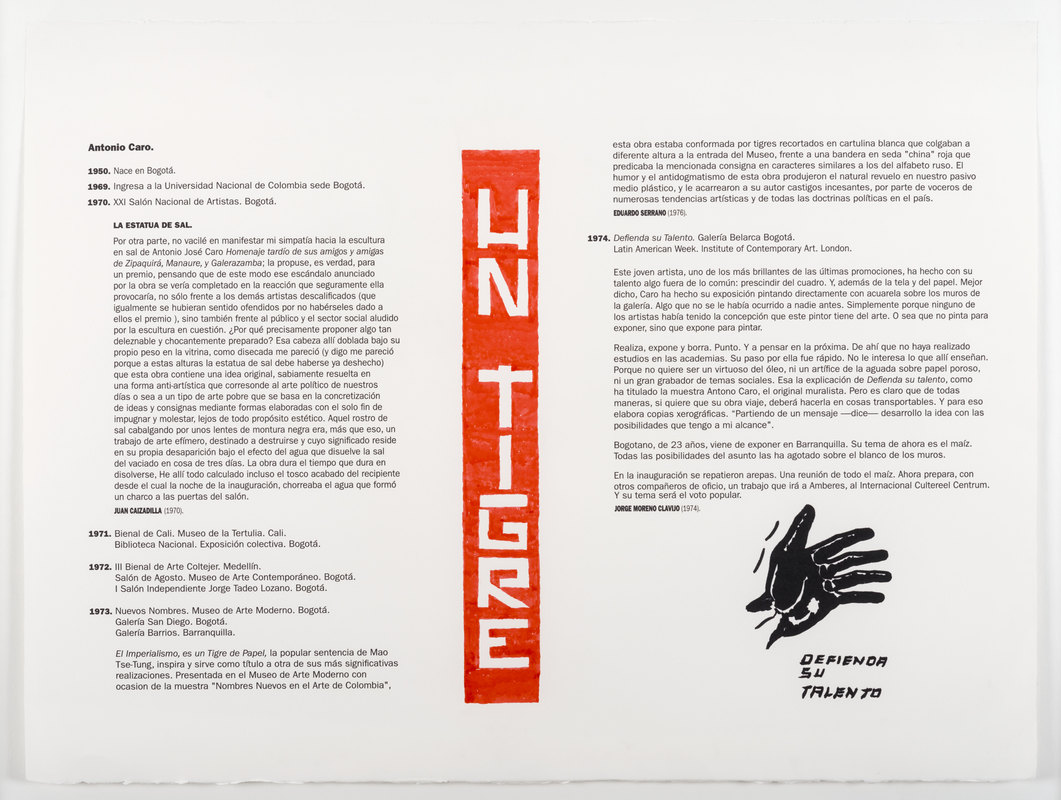 Casas Riegner is pleased to announce the opening of Remezclando vida y tiempo, the fifth exhibition of TIMELINE with works by Antonio Caro, Bernardo Ortiz and Icaro Zorbar. Unfolding never-before-seen pieces that reference early works, the gallery becomes a “support of encounters” in which different images, thoughts and temporalities coexist. From the imagination, each raise new relationships and unexpected readings of the works. This exhibition, rendered possible by a clever use of precarious materials, has been shaped from a reflection around the concepts of collage, assemblages and remix, similar terms that, besides referencing the mixture of diverse elements, are also fit to describe Caro, Ortiz and Zorbar’s practices. In accordance with TIMELINE’s lineaments, this exhibition presents moments in each artists’ career that have been articulated exercising a careful revision of their trajectory, with the objective of examining the works from new conceptual crossings.

Nowadays, a big part of visual creation is defined by existing languages or “already produced forms”. According to art critic, Nicolas Bourriaud, “Artists today program forms more than they compose them: rather than transfigure a raw element (blank canvas, clay, etc.), they remix available forms”. The appropriation of circulating cultural material, or the re-assimilation of fragments of life and time takes us to the invention of collage, a radical technique developed by Picasso and Braque in 1912. By utilizing altered fragments of reality, this technique revolutionized cubism and the evolution of art in the 20th century. In his text “Theory Of the Avant-Garde”, Peter Burger declares that cubism consciously destroyed the system of representation that prevailed since the Renaissance thanks to the insertion of fragments of reality in a painting. This addition of found and daily elements, that were also new to paintings, not only questioned the traditional ways of representation, but also established a new relationship with spectators. Thus, collage as instrument and thought material that relates to assemblage, acquires new dimensions and associations due to the saturation of available images that characterize our world, and because of the way in which each artist assimilates and reconfigures his daily experiences, “the codes of culture” and the “formalizations of daily life.”

Since the beginning of his career in 1970, Antonio Caro (Bogotá, 1950) has observed the social context that feeds his work. His recognition as a conceptual artist comes from his resourceful use of precarious and easily found materials to create works that, by alluding to specific political and cultural issues, communicate precise and strong messages. In addition, the conscious repetition of the works he produced during his first decade of work (1970-1980) has been a conceptual strategy that has facilitated their re-circulation and consequent re-signification. Antes de Cuiabá (Before Cuiabá) —a publication edited by Casas Riegner in 2010— becomes the structural axis of of his presentation in TIMELINE, as it gathers key moments in his first ten years of artistic production, but also marks the beginning of his relationship with the gallery. Recurring to reproductions, juxtapositions and montages, Caro creates word-based works that mix dimensions of life and time: In Apuntes de viaje (1980-1982), a series of memories or fragments of a trip to Cuiabá, Brazil, shape a collage diary; in contrast, Un tigre (2017) reproduces and updates one of the pages of the book Antes de Cuiabá when he manually intervenes it with an illustration that takes us back to the work El imperialismo es un tigre de papel (1973); at last, the text Transmilenio (2017) is Caro’s bet in writing and one of the pages of a long-awaited editorial project.

According to Bernardo Ortiz (Bogotá, 1972), a “page” not only is a material support with an opaque, transparent, fictitious or real surface, but also a discursive space where design, drawing and writing can meet. Usually, Ortiz intervenes this support in very subtle ways, either with delicate and almost invisible lines, layers of paint or text fragments. This inclusive notion of a page, which has always permeated his work, reveals his predisposition to collage, a technique that marked his early production.

Although in the 1990s Ortiz started including or inserting pieces of fabric, texts and printed images to intervene his pages, he is currently more inclined to manifest that multifaceted character of the support in more subtle ways (even camouflaging those “foreign” elements in the page itself.) The works that bind his participation in TIMELINE —all of them based in a series of texts that describe a group of drawings he lost in the 90s— can be seen as collages due to the diverse nature of the materials; they also hide an interesting temporal component which melts past and present.

From his practice, Icaro Zorbar (Bogotá, 1977) reveals the magic nature of obsolete machines and ordinary objects to speak about human relationships and their inherent fragility. Trained in film and describing himself as a music lover, Zorbar grew in a household which, in his own words: “instilled in me that curiosity and interest for electric and mechanical objects; that empirical impulse to achieve something with your hands trough trial and error.” Thus, it is not strange that his predilection for obsolete technologies and its nostalgic character leads him to establish a bond with his mechanical installations. Desdibujo No. 3 (2017) is a sound installation made from speakers in different sizes and two identical record-players that seem to become one, the effect is a cacophony of repeated and fragmented sounds. Desdibujo No.3 also metaphorically addresses interpersonal relationships, that possible dependence in each other and the subsequent loss of individual identity.

Remezclando vida y tiempo examines Antonio Caro, Bernardo Ortiz and Icaro Zorbar’s work from an expanded notion of collage that transcends the material to incorporate an philosophical notion. Cutting, pasting, recycling, mixing, superimposing, reinterpreting, repeating and transforming, are actions that characterize the creative processes of these three artists, a group able to create works that convey different ways of assimilating and inhabiting what is “given”.