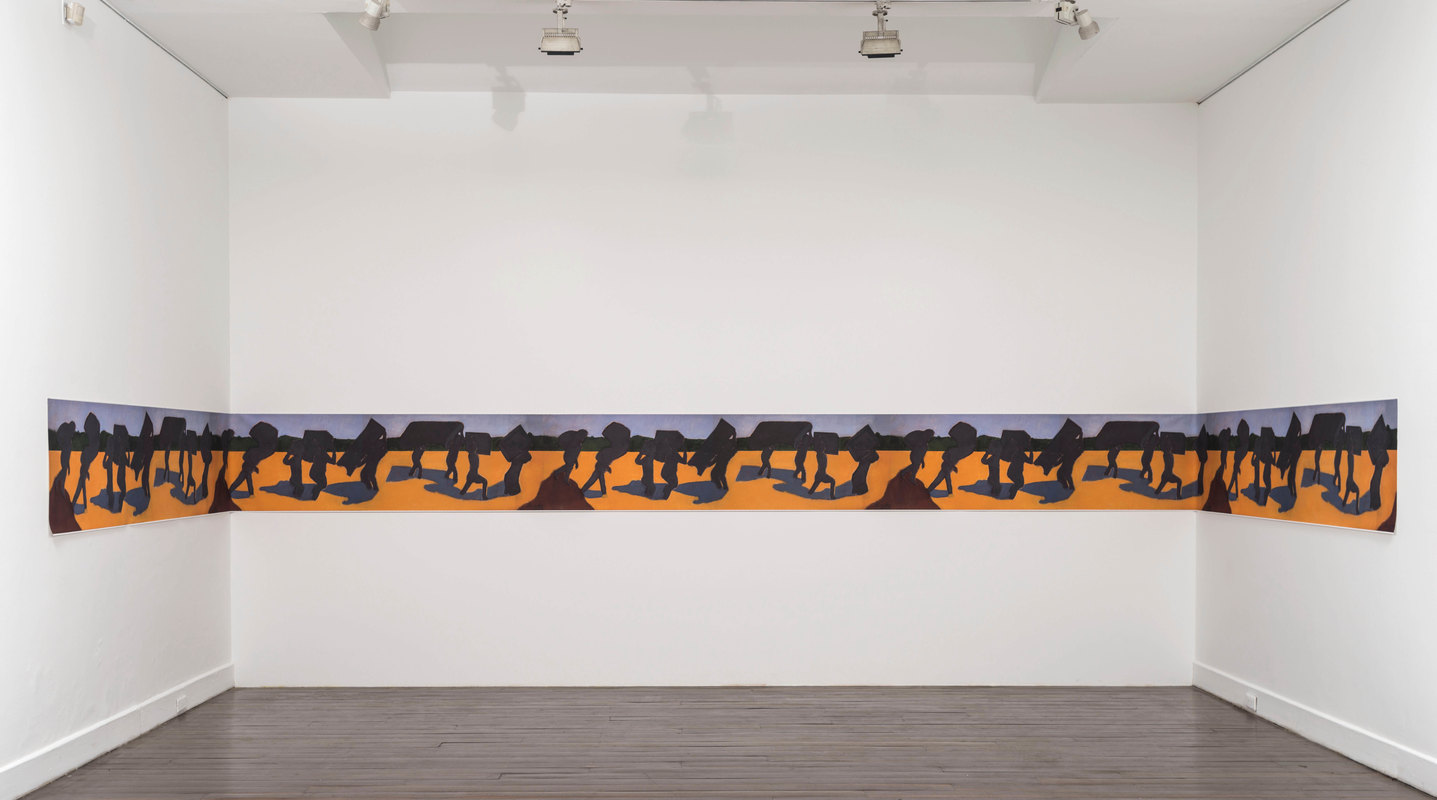 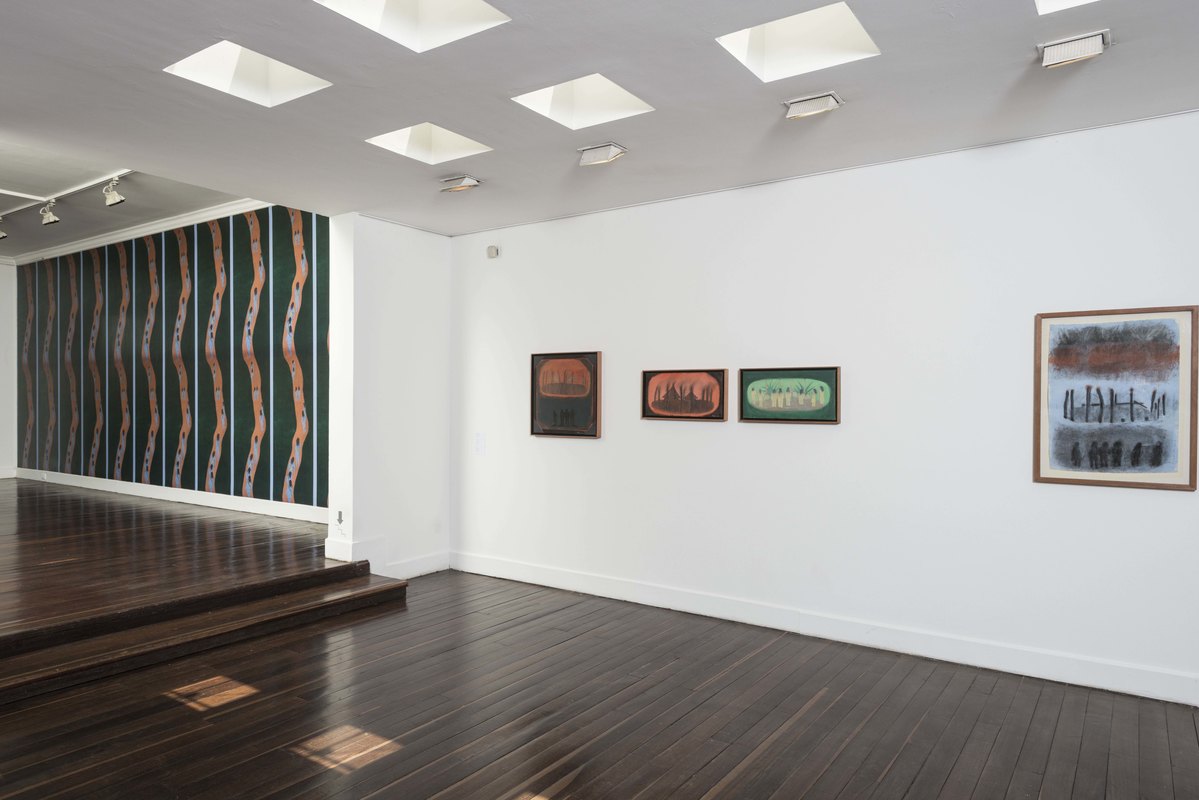 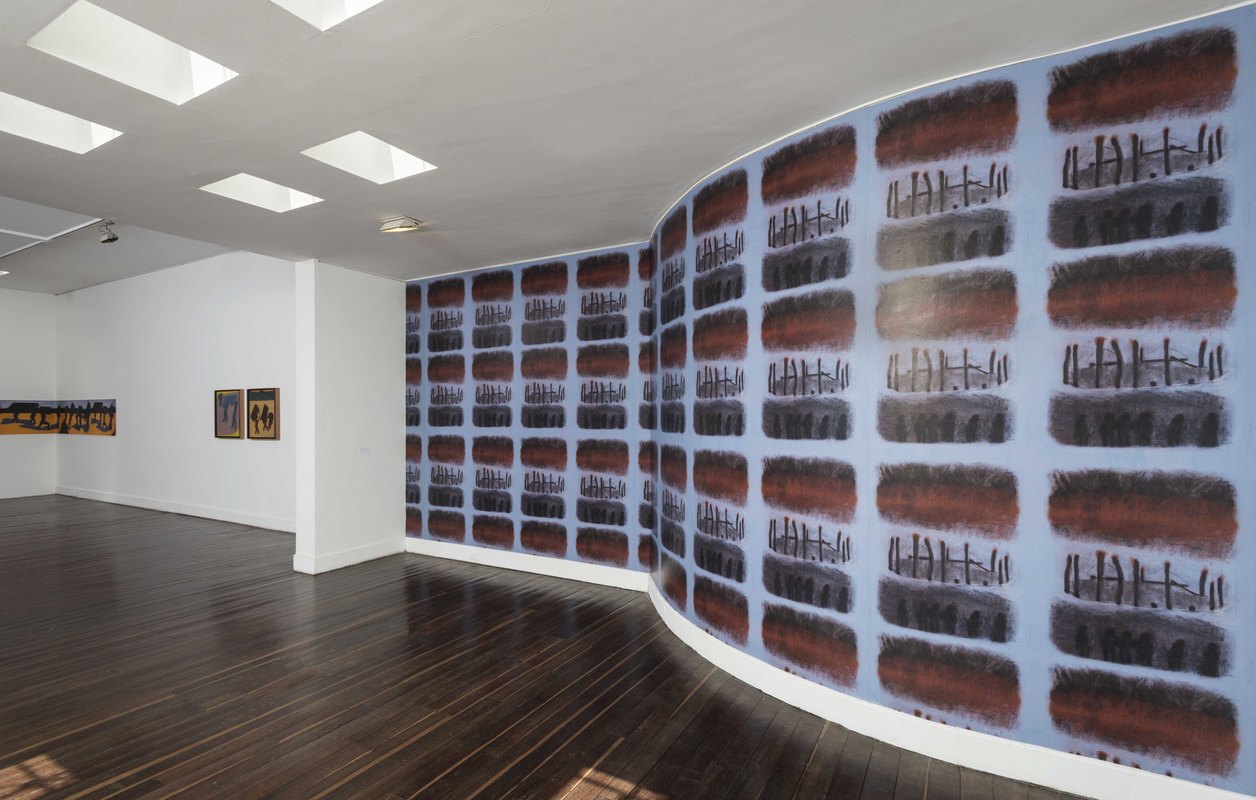 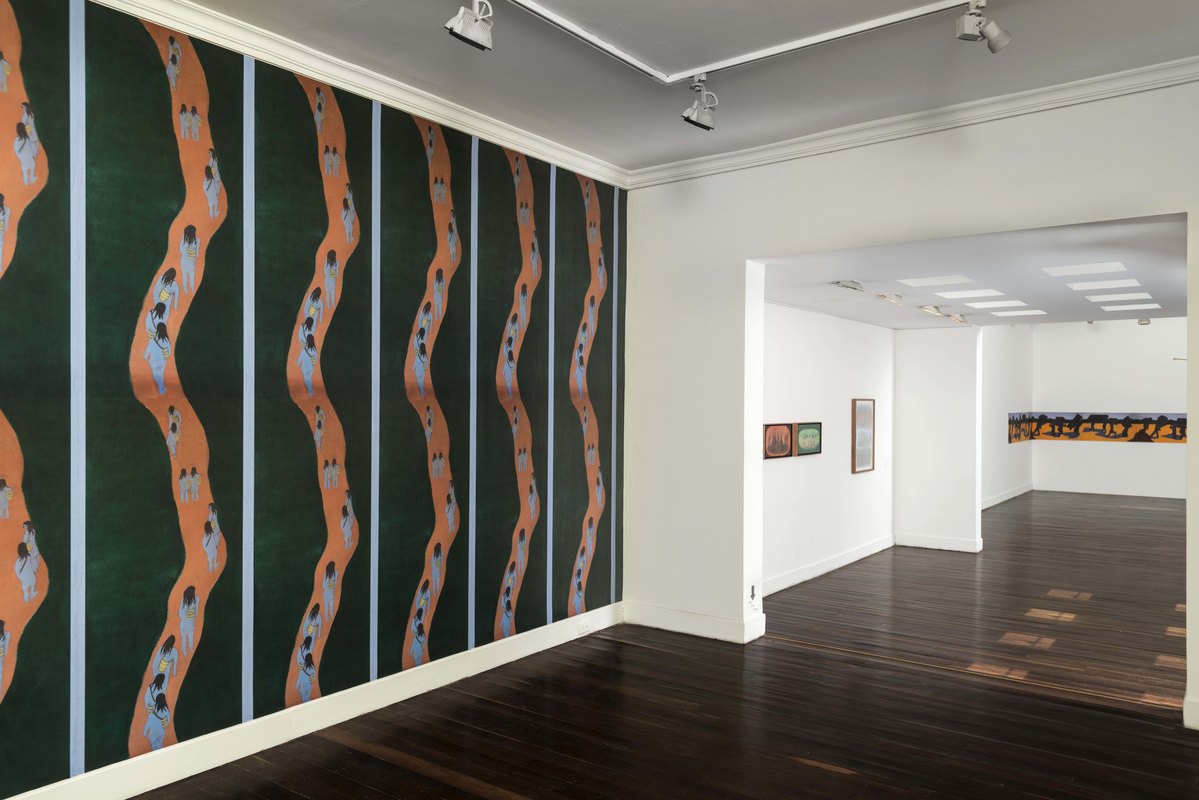 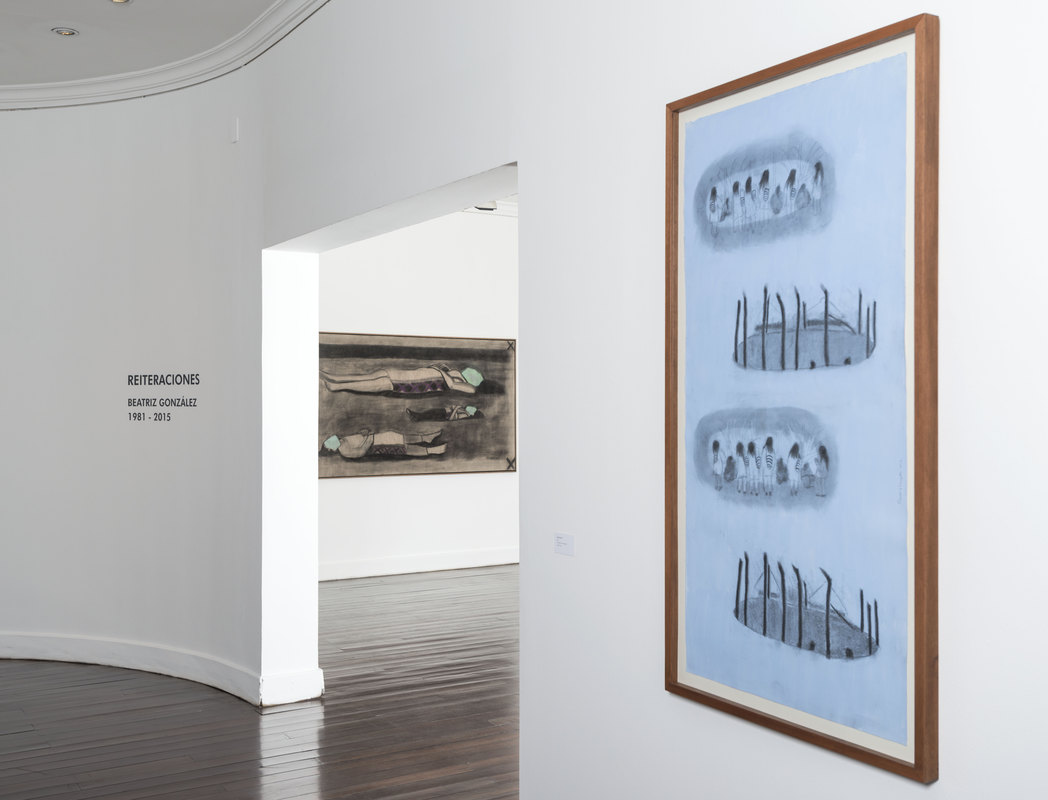 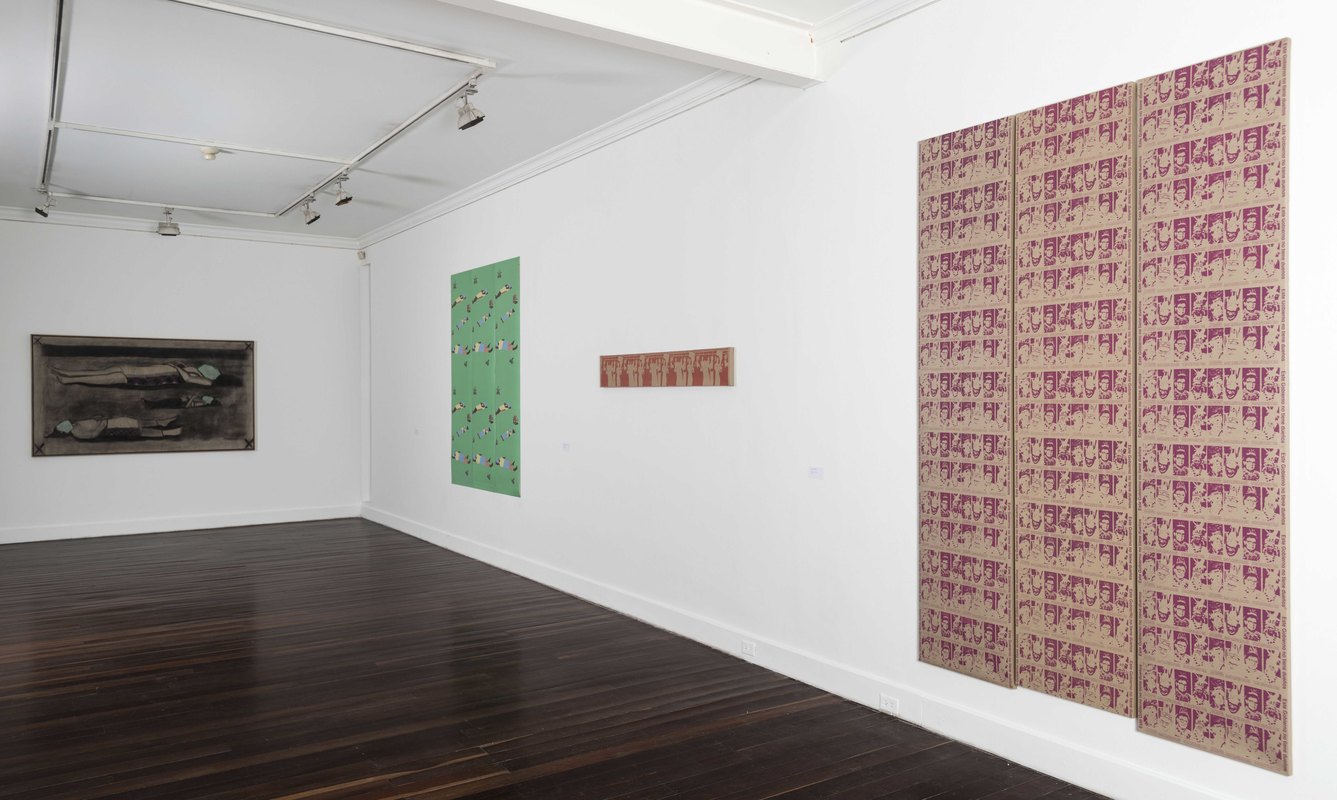 The original, its copy, and the succeeding copy of the copy are concepts that have fascinated Beatriz González since the early stages of her career. The transformation of universal works of art in the hands of popular taste, as well as the visual traits acquired by a photograph when printed in the media, have had a decisive impact in the artist’s practice. Nonetheless, by employing techniques of mass reproduction González is not looking to create depersonalized or empty copies, but rather seeking to take a personal stance. Unlike Pop’s legacy, in which the infinitely reproduced image conveys an ambiguous message (it both celebrates and criticizes certain aspects of society), González does not leave room for vagueness: her work with newspaper images, which reflect the scope and character of information circulating on a national level, have modeled a clear discourse.

Works like Study for Interior Decoration (1981), whose departure point is a photograph of the then president Julio César Turbay singing at a party, uncover her criticism of Colombia’s political class. Although the original image is taken from the social pages and its context is superficial, the artist points to the opposite direction: to preposterousness, corruption, and the contrast between a president in the midst of a celebration and his obscure security measures; and it is precisely in the use of reiteration that Beatriz González has found the ultimate tool for fixing images in the memory of spectators. Reiterations (1981-2015) gathers a body of work in which the fleeting images of the press are transformed into drawings and paintings, some of which, are also used for the creation of striking wallpapers and friezes. For instance, the wallpaper Preachers (2000) is inspired by the murder of three American advocates of the U’wa tribe; Wiwa Stories I (2015) reminds the viewer of the death of eleven indigenous community members who were struck by lightning; and Zulia, Zulia, Zulia (2015) portrays the tragedy of thousands of Colombians deported from Venezuela.

Although the works in Reiterations (1981-2015) are inspired by mass media images, the artist simplifies them, consequently transforming her characters into icons. With the images suspended in time and repeated in space, Beatriz González’s reiterations fulfill the objective of fixing themselves in people’s memory, causing each spectator to silently whisper, “this really happened here.”