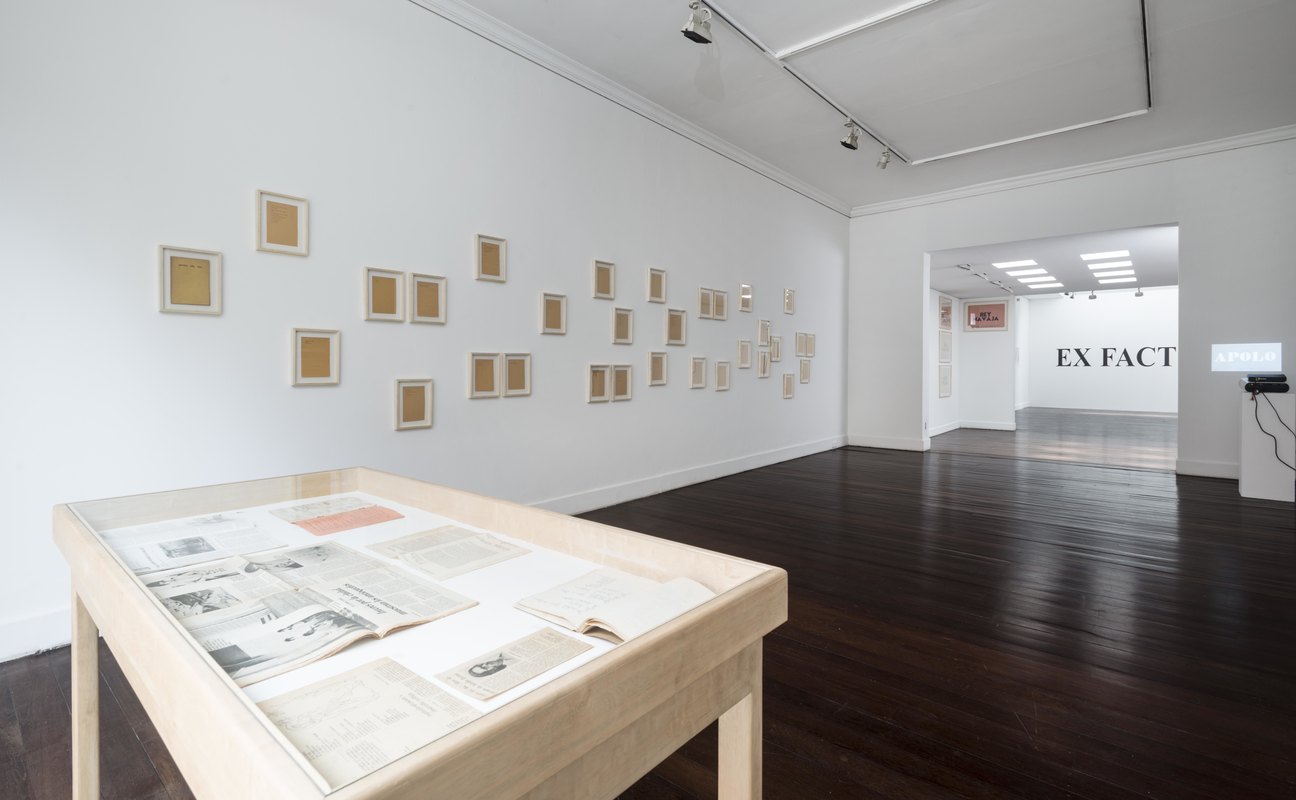 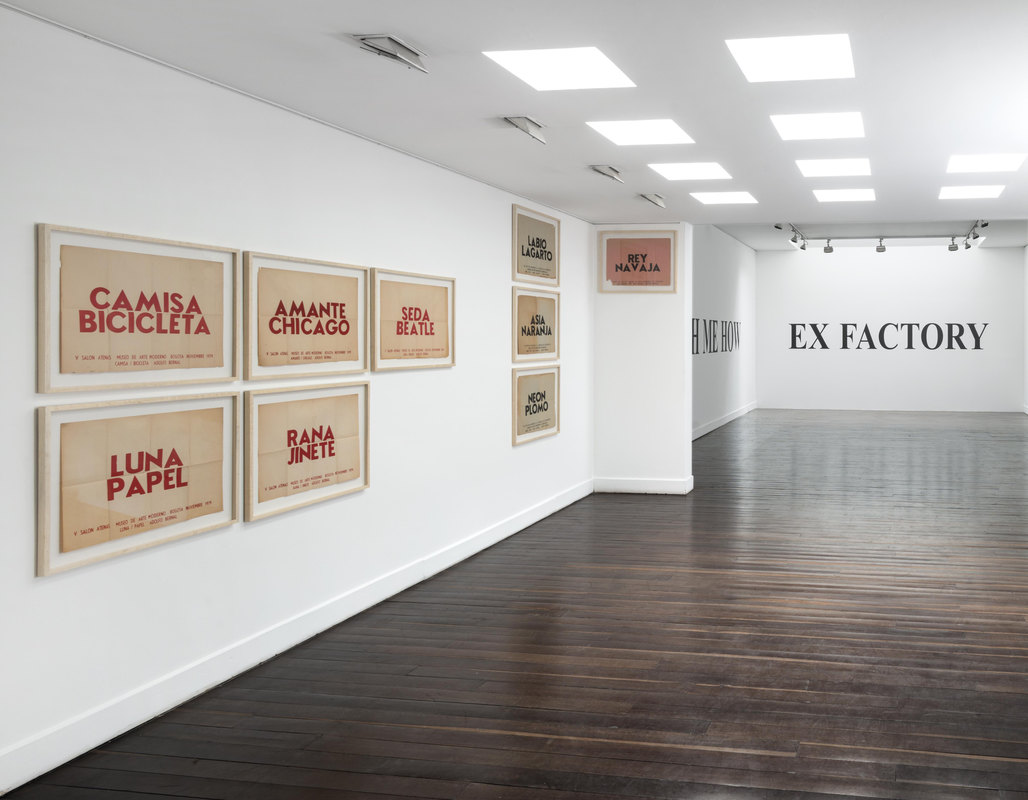 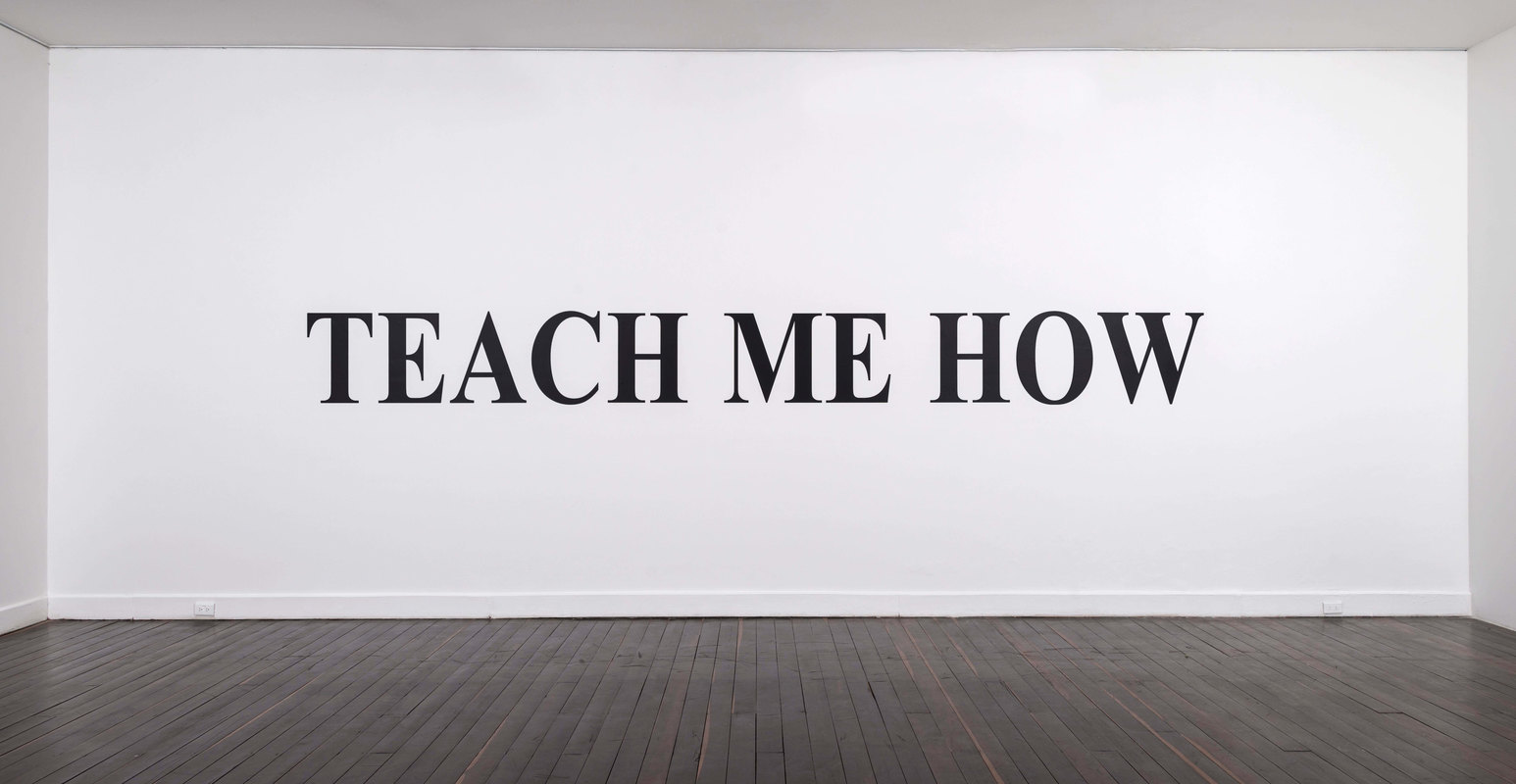 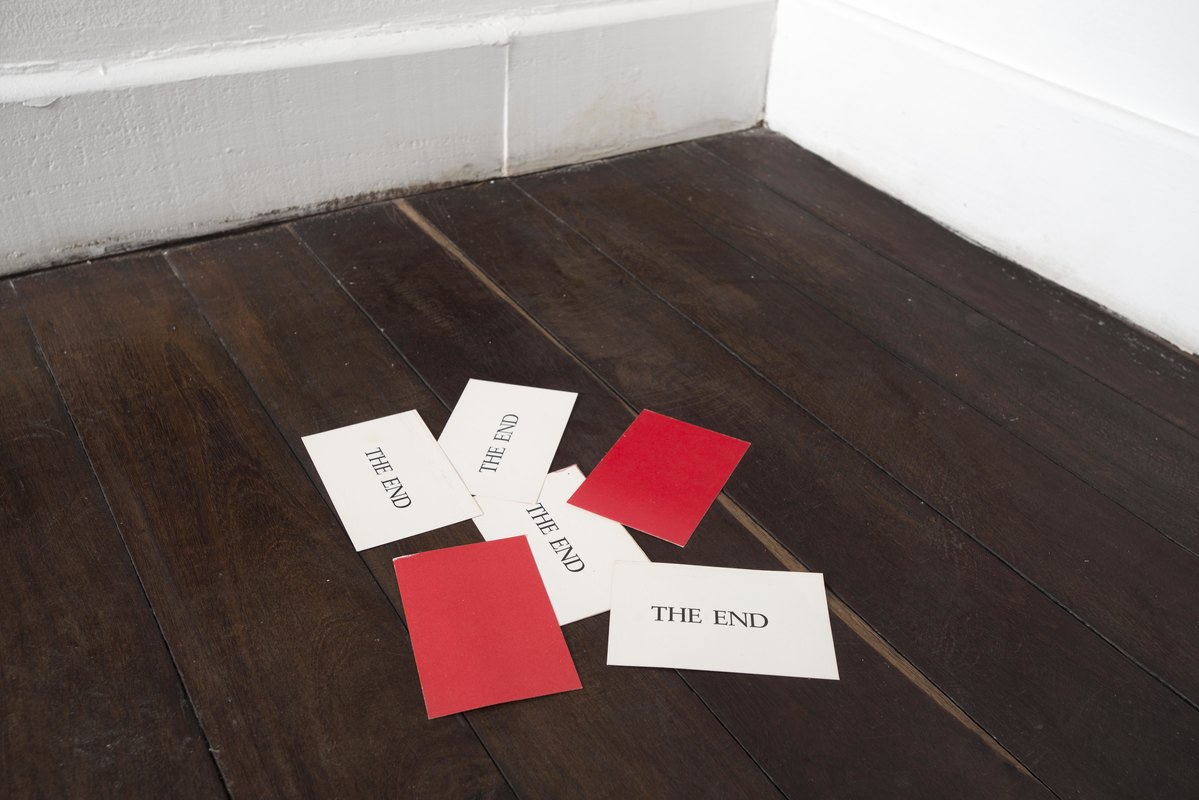 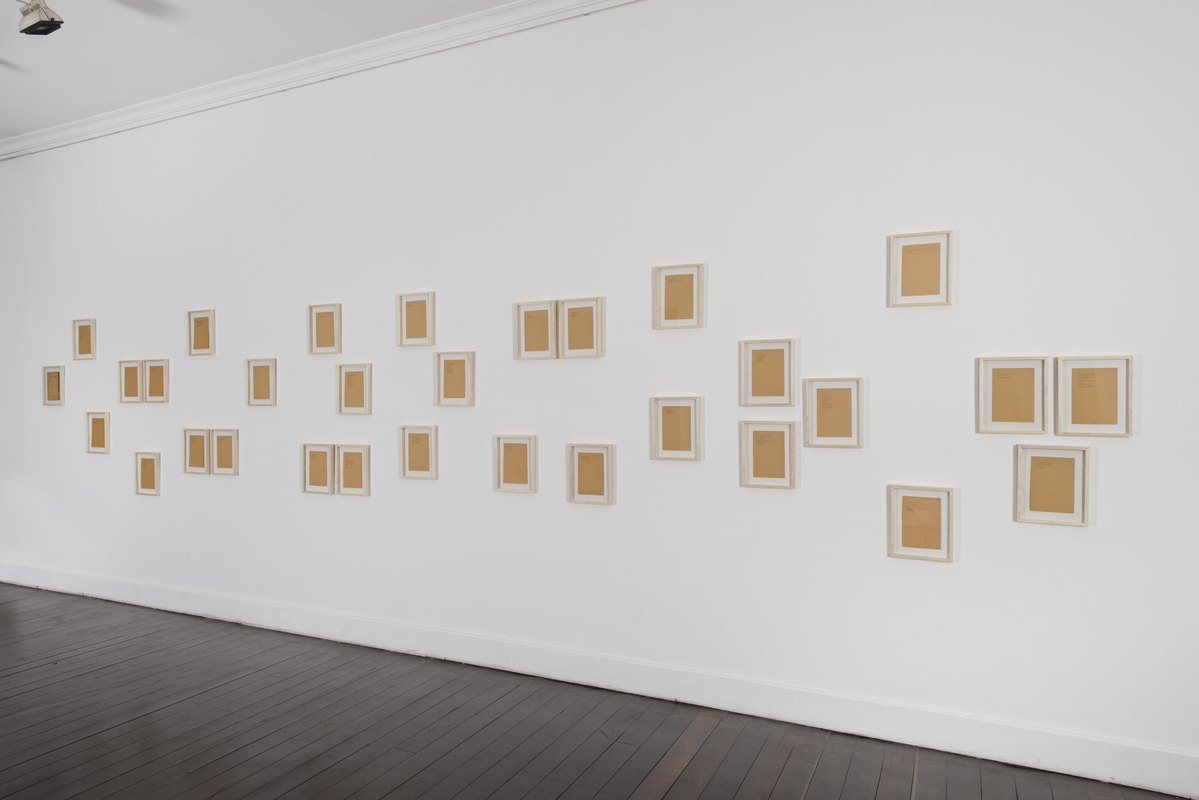 Casas Riegner is pleased to announce the opening of the exhibition Adolfo Bernal: “Quien tenga ojos para ver vea” (Adolfo Bernal: “Whoever has Eyes to See Shall See”), the first solo and posthumous exhibition dedicated to the Medellín-born artist Adolfo Bernal. Gathering a selection of text-based works on different supports produced between 1975 and 1987, the show aims at showcasing one of the most characteristic aspects of “one of the richest yet least studied artists in Colombian art.” [1]

Art historian Gina McDaniel Tarver, in her profound analysis of the origins of conceptual art in Colombia affirms that during the 1970s, artists such as Antonio Caro, Bernardo Salcedo, Jorge Posada and Adolfo Bernal among others, chose to produce art in favor of communication; by employing new forms and techniques never before seen in Colombia, they relegated the aesthetic component of art while emphasizing linguistic aspects, and establishing new relations between the spectator and the work [2]. As it is well suggested by McDaniel Tarver, during the 1970s, the field of visual arts in Colombia witnessed the birth of a new and occasionally radical art that undoubtedly marked the development of contemporary art in our country. Granting clarity and visibility to these processes and their transforming agents, supposes a necessary task given the lack of published information on the topic of Colombian conceptual art and its evolution.

The exhibition Adolfo Bernal: “Quien tenga ojos para ver vea” derives from a thorough revision of Bernal’s personal archive and is motivated by a profound interest in studying and showcasing his valuable artistic legacy (mainly developed outside the gallery space and comprising large-scale urban interventions, installations, actions, objects, urban prints, as well as graphic design and sound pieces). Ephemeral, anonymous and urban, Bernal’s production –although varied and multi-faceted— is characterized by its close connection to language deriving from his fascination with poetry, and his profound understanding of graphic design and visual communication.

The exhibition privileges Bernal’s textual pieces and emphasizes his fascination with poetry by presenting a body of work that –chronologically arranged– sets up an intimate journey through the artist’s text-based pieces. Beginning with a rarely seen book of poems titled “Antes del día” (Before the Day) which employs few linguistic resources to profoundly and eloquently reflect on existential topics, the spectator will see the progressive concentration and simplification of Bernal’s poetic thought in the materialization of posters containing one or two words; the scale, content and support increase to become catalysts of “semantic associations.” Even though text begins to operate on a personal and intimate level, throughout the exhibition we see how the linguistic component expands, changes support and locates itself anonymously within the urban context. In that transition of context, Bernal’s altering purpose is ratified: to affect the recipient and awake in him/her the desire to decipher the meaning of text to later construct new connections permeated by memories and personal experiences. Bernal, using his visual words placed all over the city, sought to alter everyday life and re-configure people’s relation with the city.

Adolfo Bernal was born in Medellín in 1954, the same city that saw him pass away in February 2008. He studied Communication and Graphic Design at Universidad Pontificia Bolivariana, as well as Etching, Script and Drama in Havana, Cuba. Throughout his life, Bernal worked as a professor of Design, Art and Architecture in various universities in Medellín. He held numerous solo exhibitions in spaces like Galería de la Oficina, Alianza Colombo Francesa and Museo de Arte Moderno in Medellín, as well as Centro Colombo Americano and Lugar a Dudas in Cali. Bernal repeatedly participated in Colombia’s Salones Regionales and Salones Nacionales, standing out with projects such as: “Caballos de Hierro-No lugar a Lugar” (Iron Horses- not Place to Place), an artistic action that activated Antioquia’s railways as part of the 2007 Salón Regional de Artistas. His participation in group shows including Salón Atenas in 1979 and Arte para los años ochenta (Art for the Eighties), a traveling exhibition curated by Álvaro Barrios, were also relevant.

One of the last and most relevant exhibitions dedicated to his work took place during the International Encounter of Artistic Practices MDE07 in the city of Medellín, where his work became a central aspect of the event. On an international leve, Bernal participated in events such as the Havana Biennale in 1986, the 5th India Triennale in New Delhi in 1982, San Juan’s Engraving Biennial as well as itinerant shows of Colombian artists in cities such as Miami, Washington, Boston and Riverside.