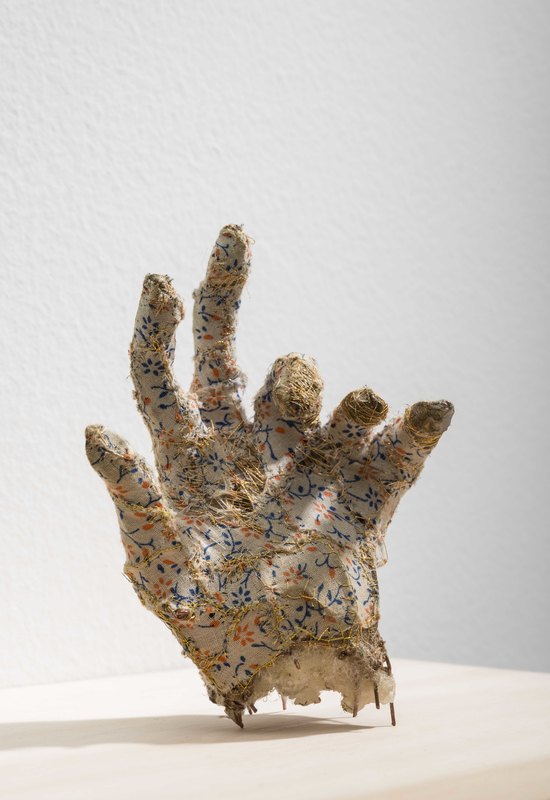 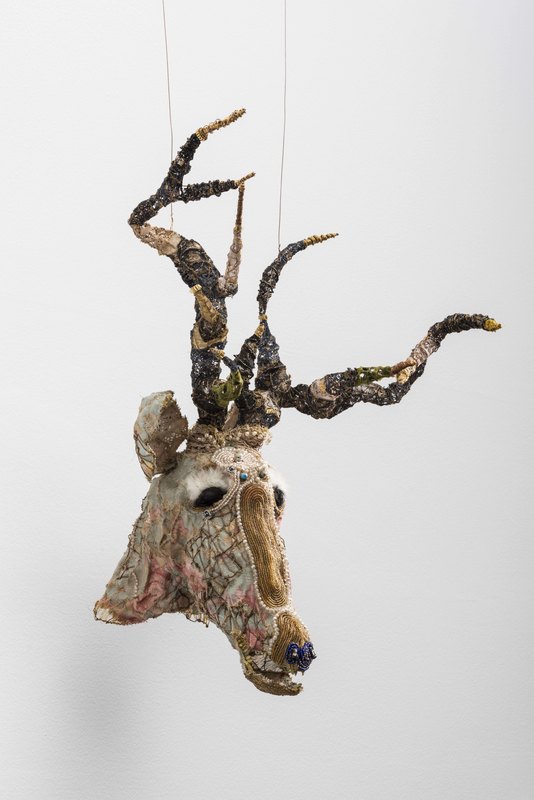 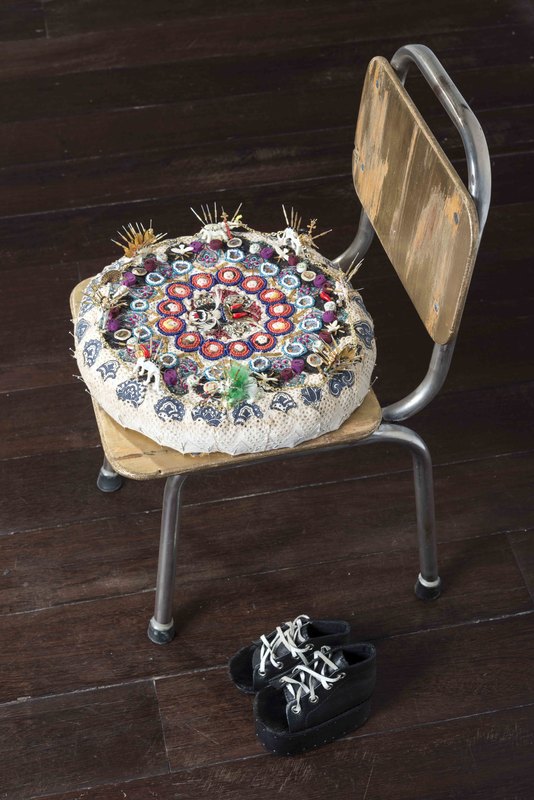 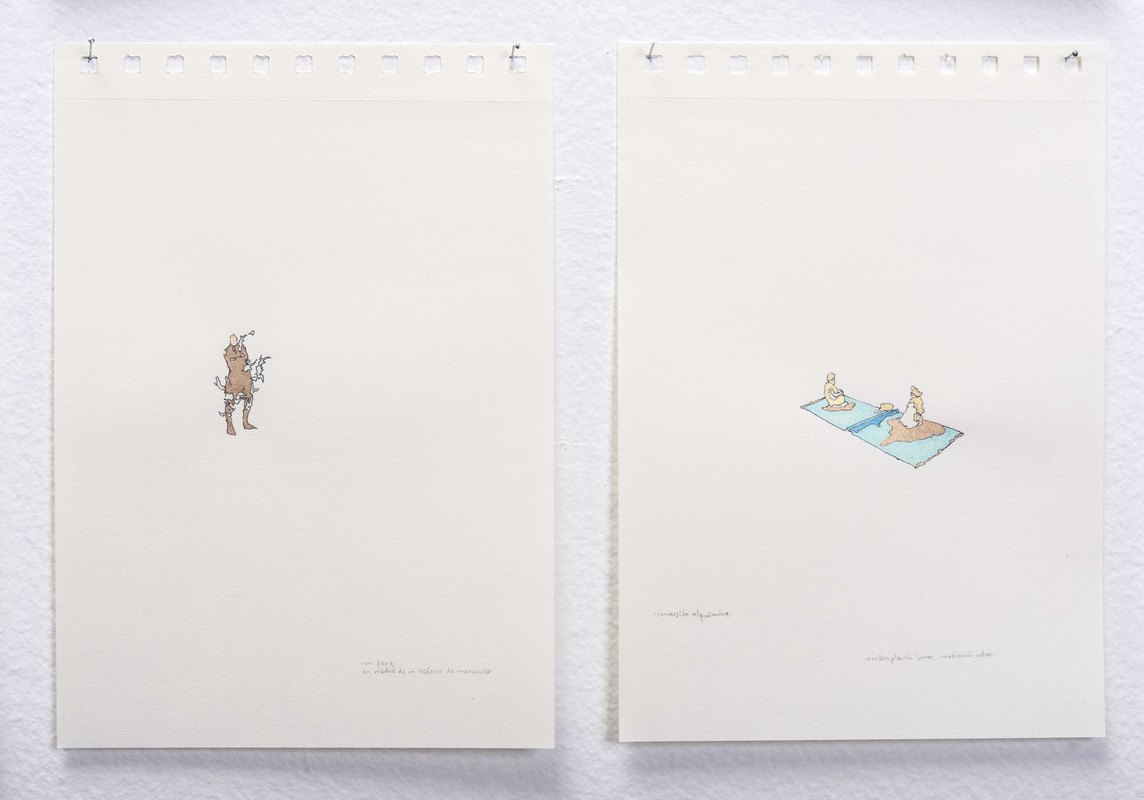 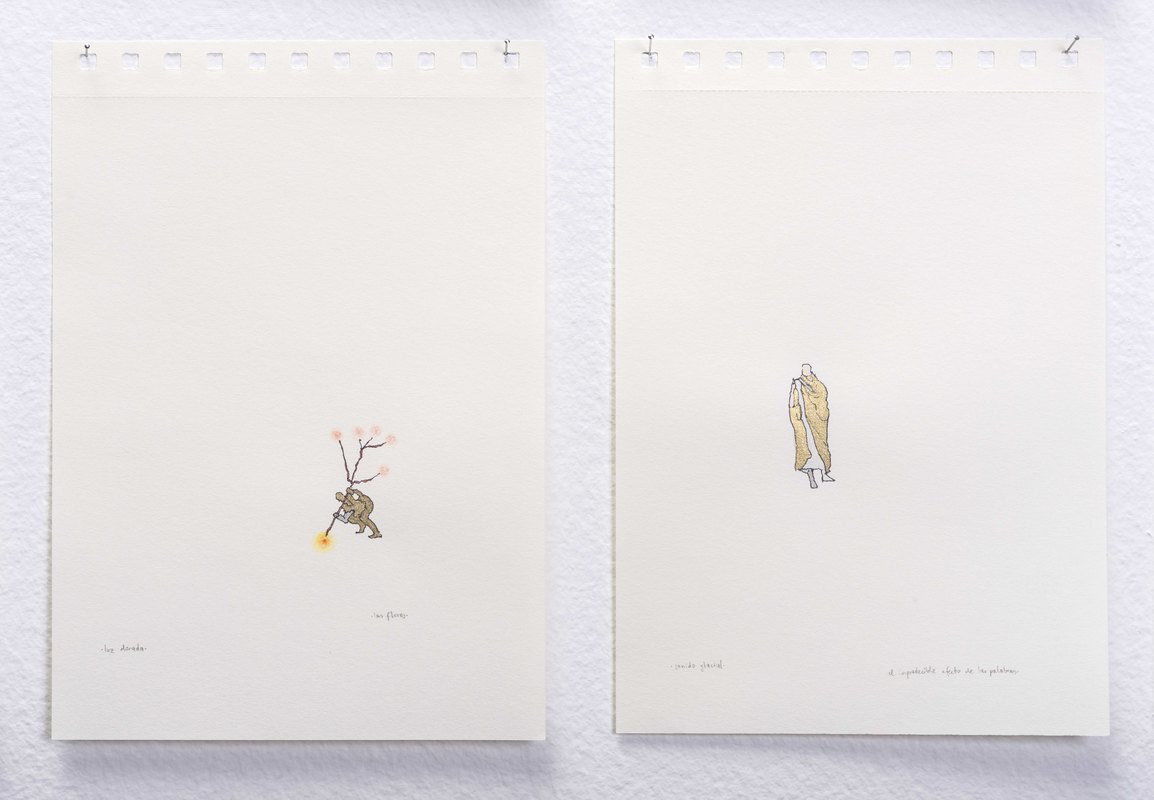 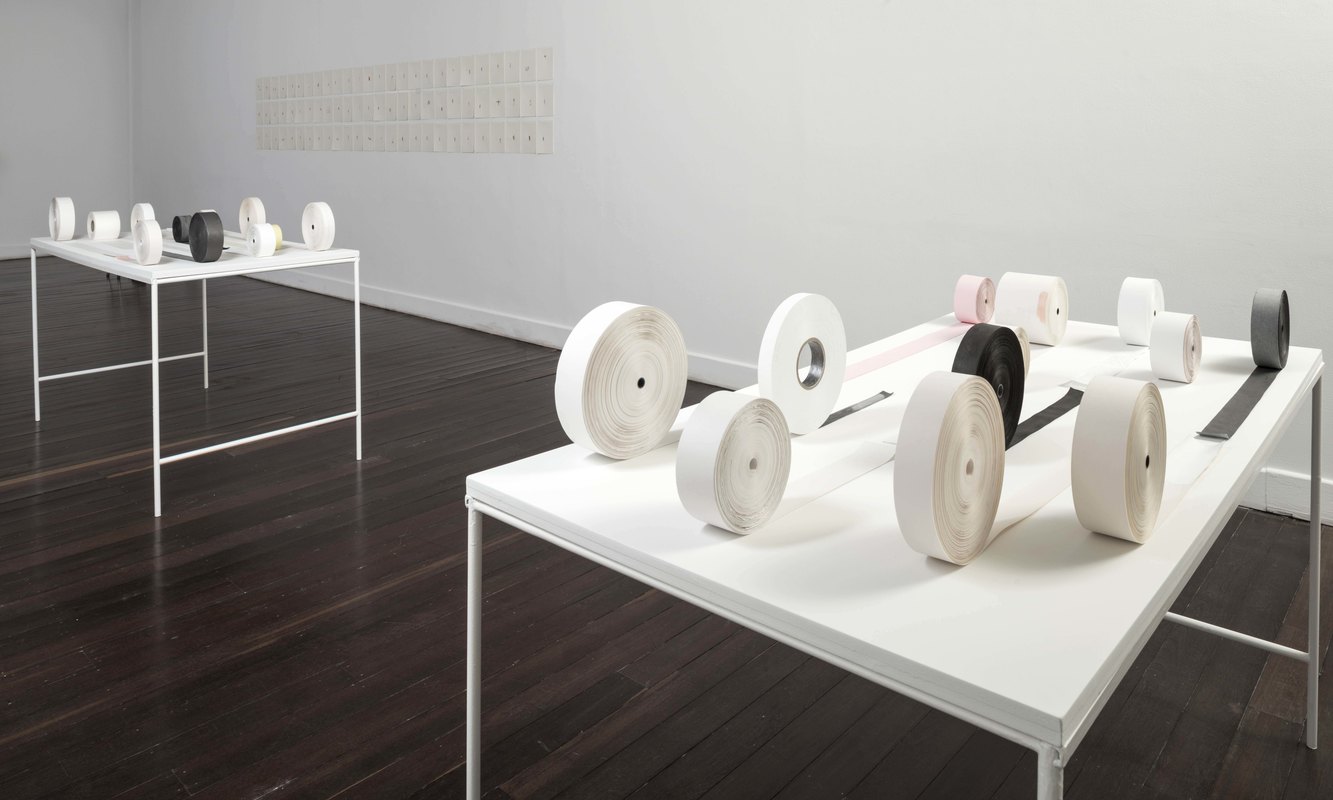 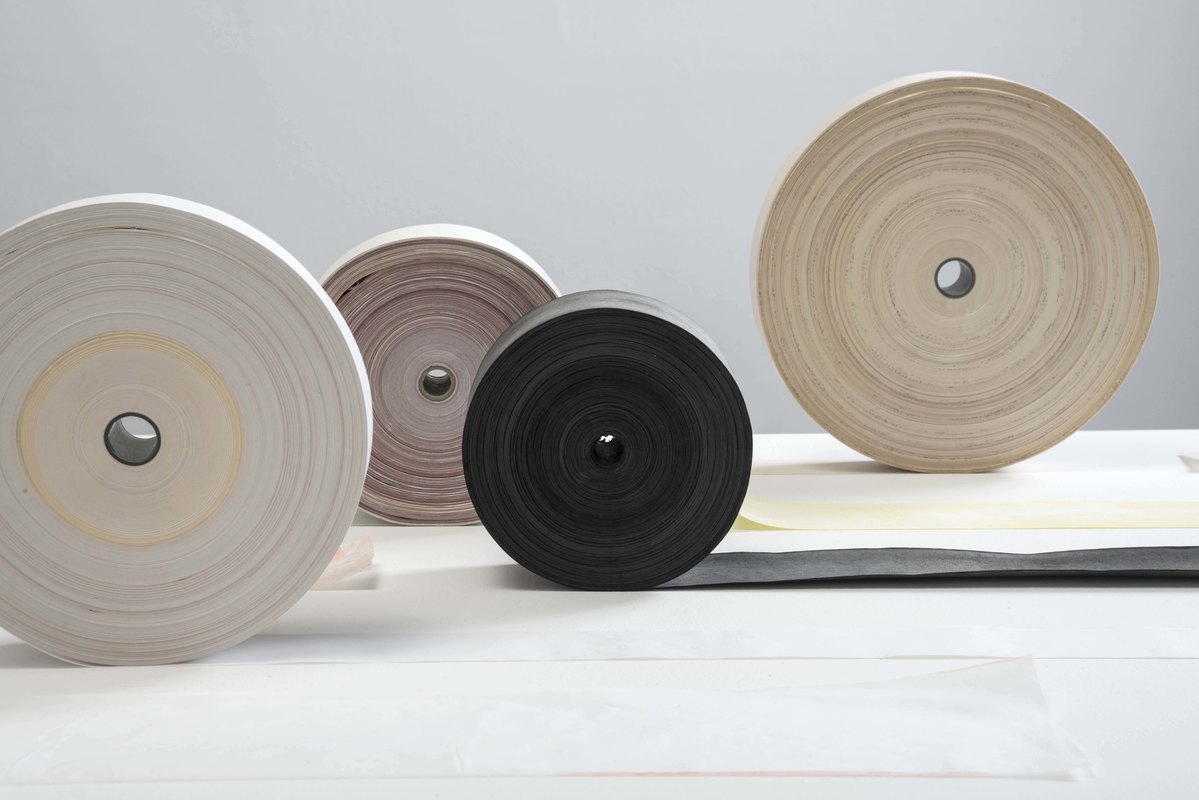 Images that project the density of time, that portray subjects in a state of transformation, and represent imaginary and fantastic worlds, shape the different levels and structures that define a cosmos. Works by María Isabel Arango, Alicia Garavito and Cesar González gathered under the exhibition The Inner Cosmos, result from different reflection exercises and personal explorations around the most fundamental aspects of human existence: childhood, the relation between man and his surroundings, time and memory.

The quest to ascertain certain inquiry processes serves as the exhibition’s common thread. On the one hand, María Isabel Arango’s Cummulation enunciates the weight of time, and the accumulation of instants spent in the act of rolling and extending dozens of paper rolls. This addition process is also related to memory, to the way in which we simultaneously store and suppress lived experiences. In the continuous act of rolling, sometimes the paper tears or cuts the hands; these incidents disperse throughout the accumulated paper, hence infiltrating into the multiple layers of events. On the other hand, Alicia Garavito’s drawings and objects, all of which combine paper, fabric, ink and costume jewelry, articulate the significance and reach of a child’s imagination. By creating a collage where the hidden and visible, beautiful and ugly, terrifying and defective coexist, Garavito takes spectators inside the complexity of a child’s universe. Finally, Cesar González’s drawings, each accompanied by an aphoristic text, express in a precise way the different aspects of the universe. These exercises however, which are not intended to be read as fixed or unidirectional assertions but rather as tools to understand the changing nature of the universe, are works that in their small and intimate scale, manage to communicate the vast spectrum of the relation between man and his surroundings.

After all, the cosmos, understood as a complex system ruled by certain parameters, is composed of small images, fragments of realities that together reveal causes and consequences. A journey through the work of Maria Arango, Alicia Garavito and Cesar González discloses the significance of the intimate and personal realms without which the larger whole is unreachable.