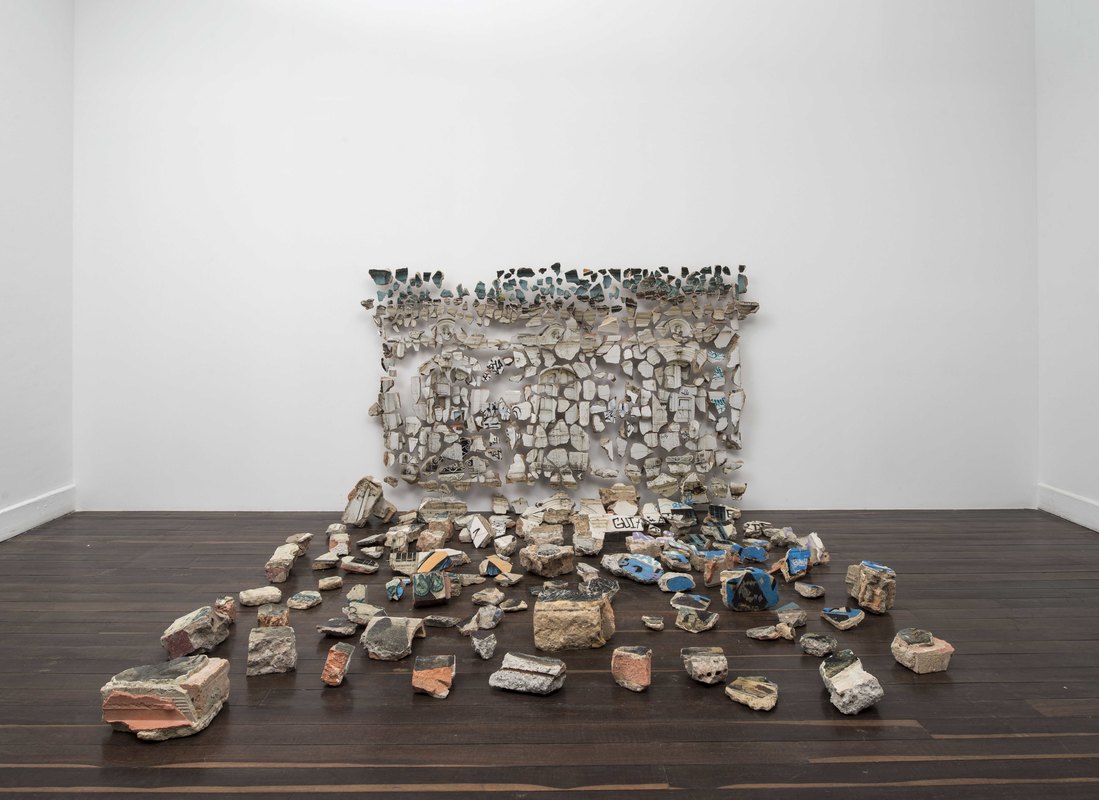 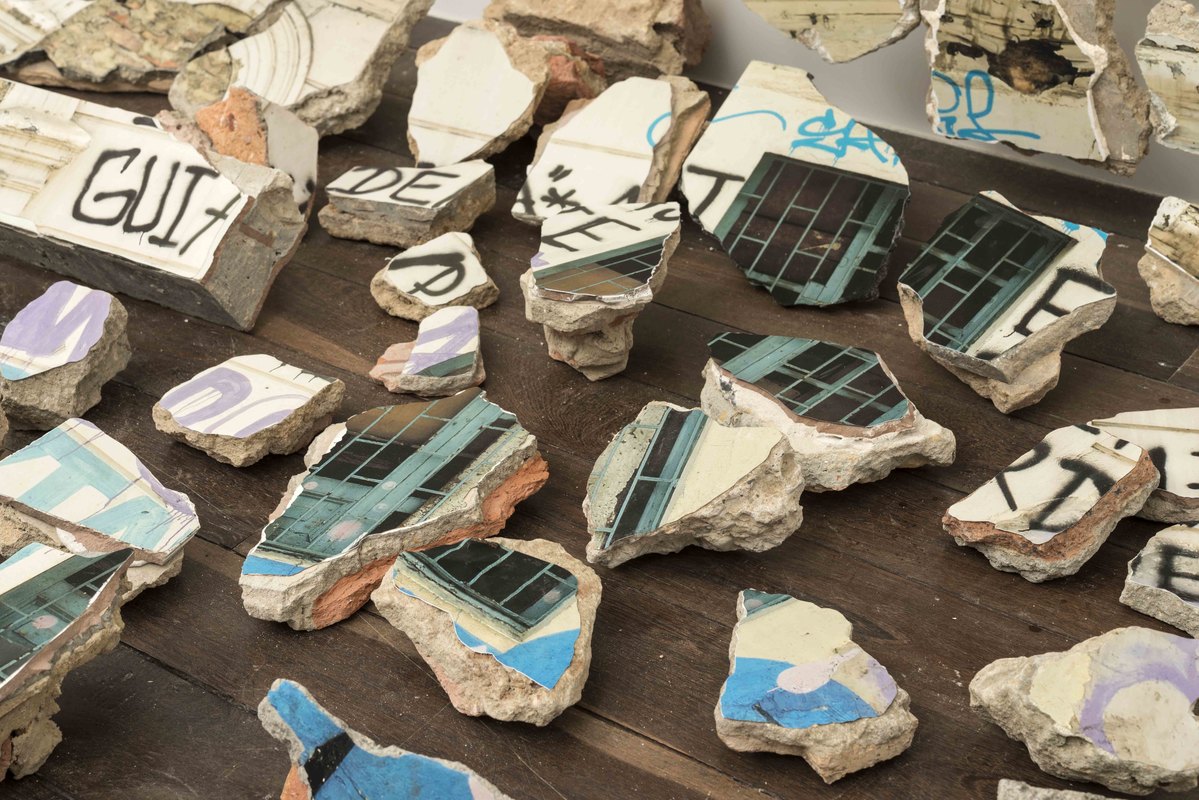 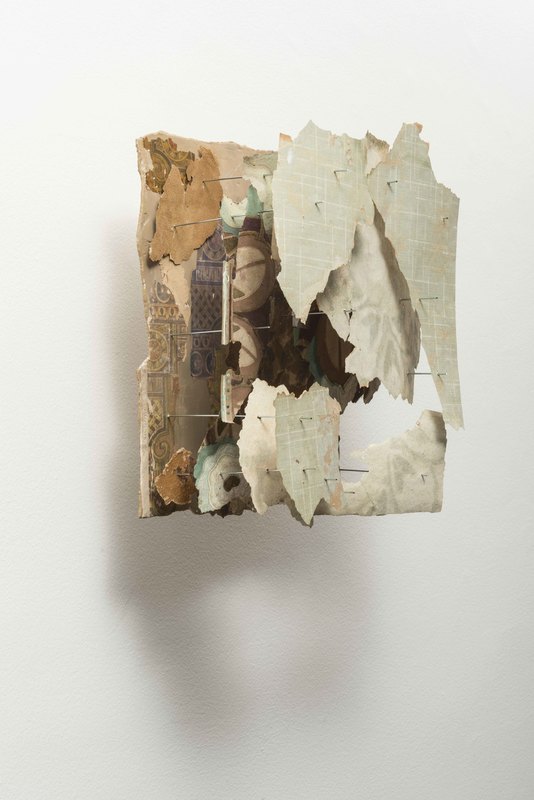 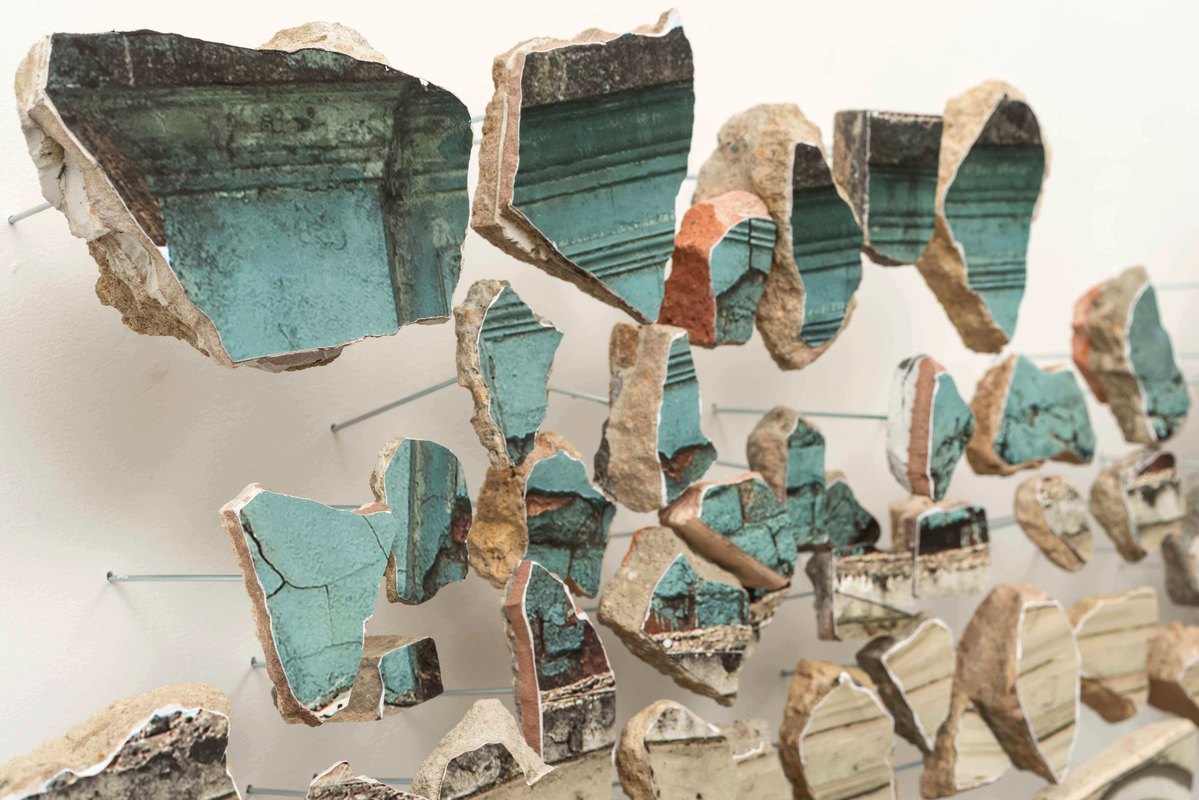 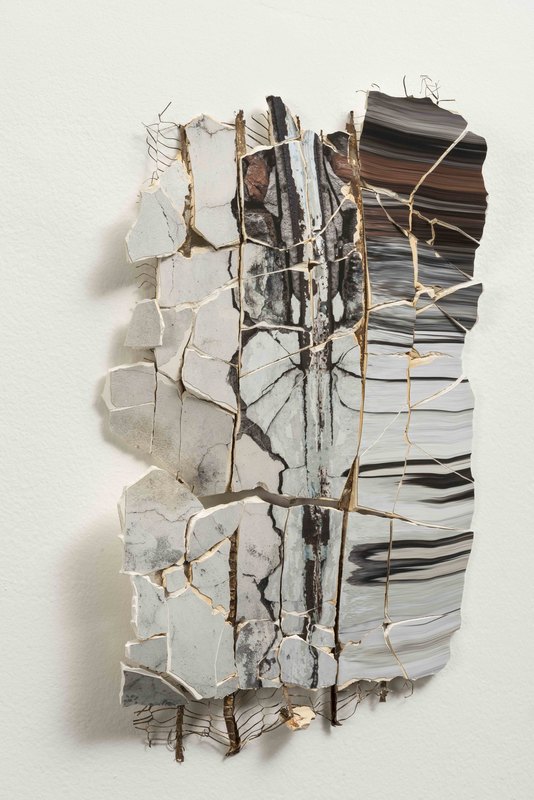 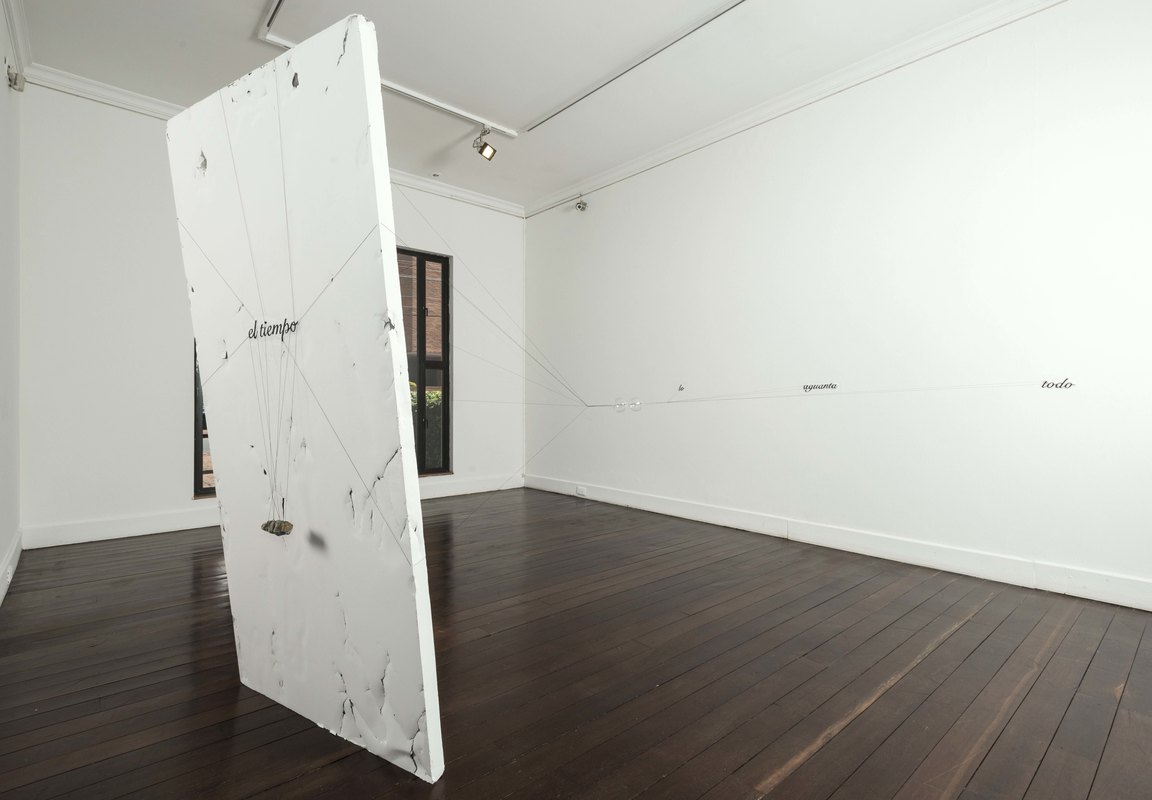 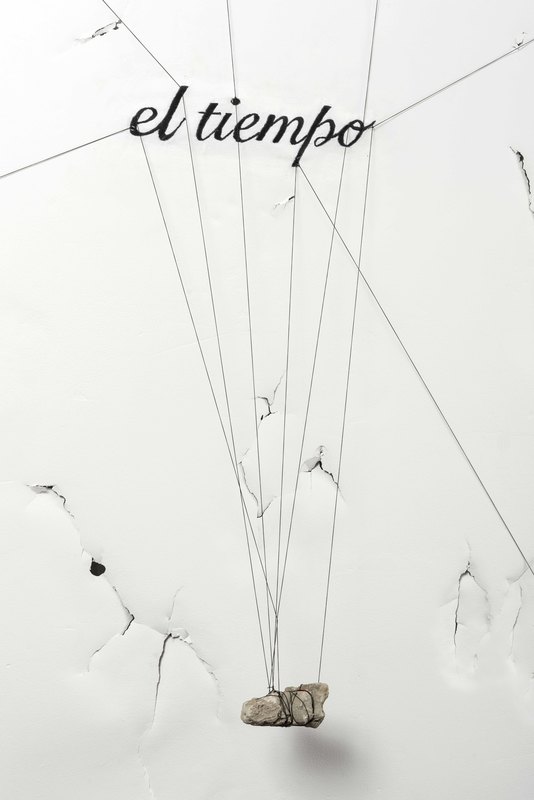 Venturing to understand the passing of time from an archeologist’s point of view, leads to the realization that the layers comprising it are ever-present; the oldest stratum is inevitably linked to the surface. Simulating an archeologist, Leyla Cárdenas seeks to make visible both the fragmentation of time and its convergence. According to the artist, “you become highly aware of how everything coalesces when you excavate.”

In her most recent exhibition gathered under the title El tiempo lo aguanta todo (Time Stands Everything), Cárdenas photographs urban remains right before their disappearance, in an attempt to reveal the spectrum of time and explore its sediments. Her artworks featuring images of remains of buildings reflect on “the decay of the image” and its inability to represent the object or moment to which it refers.

The instance of producing an image that involves a deconstructive gesture is manifested in Permutaciones (estudio #1) [Premutations (Study # 1], an artwork displaying the fragmented image of an abandoned Republican house placed over rubbles; and in Carrera 7 con calle 12, vista sur, a sculptural piece based on a photograph referencing the Bogotazo riots of 1948. Theproject on viewis a profound reflection on the inevitable voids left by history. Cardenas attempts to articulate the inherent voids in history through works employing photographs in unconventional ways. Since the artist regards photographs as insufficient historical documents, she therefore takes up the task of exploiting the limits of the photographic support by projecting it into space and often disintegrating it, so as to speculate about the layers that are hidden behind its surface.

The parallel established between the visible fragment and the void is comparable to the role played by imagination and myth in a historical narrative. History constructs a façade that both discloses and conceals layers of time; in other words, history builds itself from the inside out.