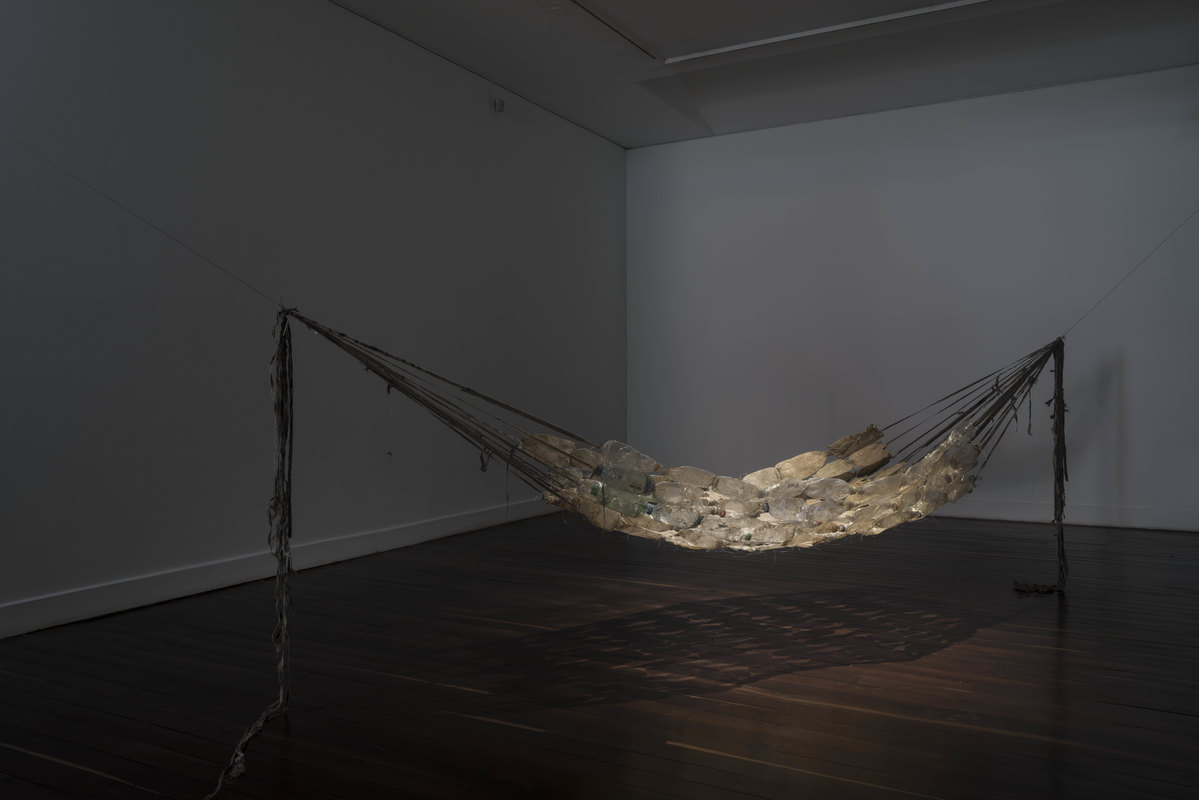 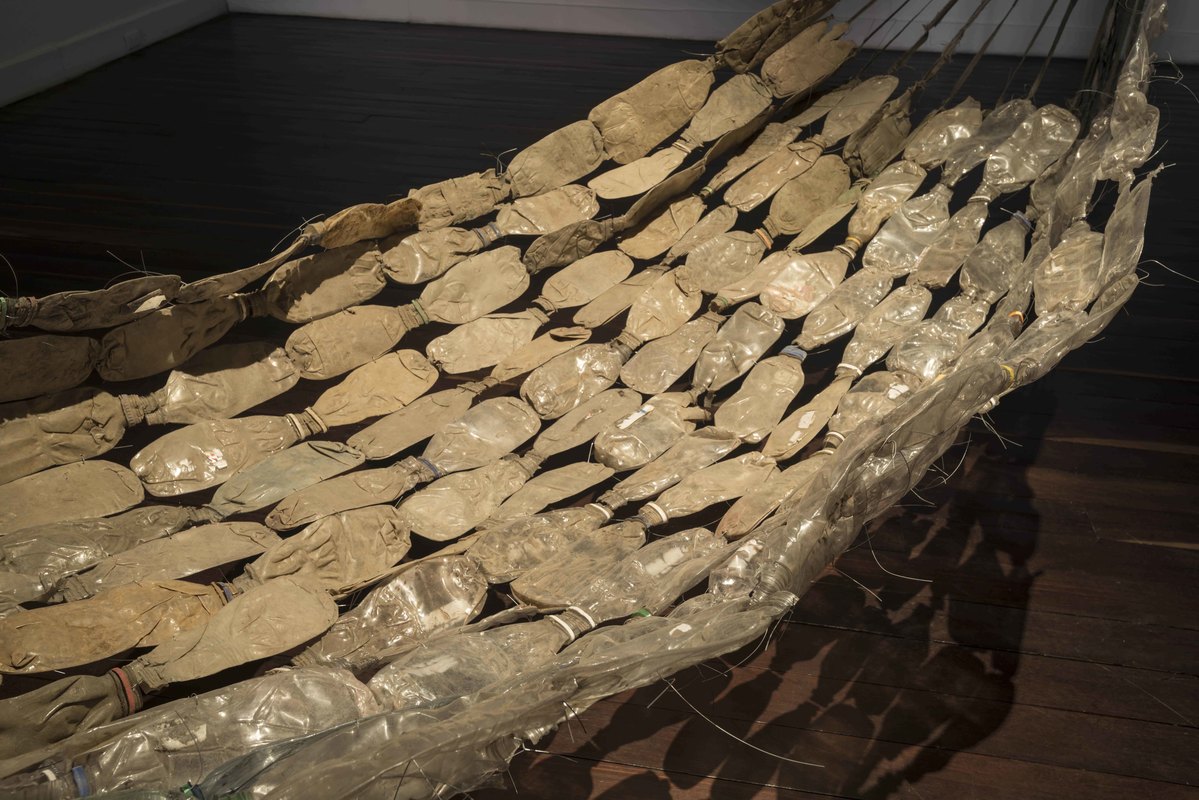 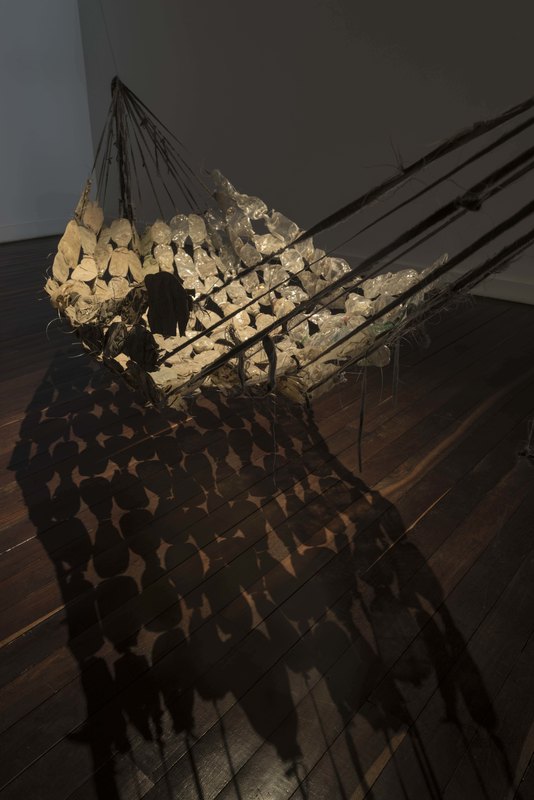 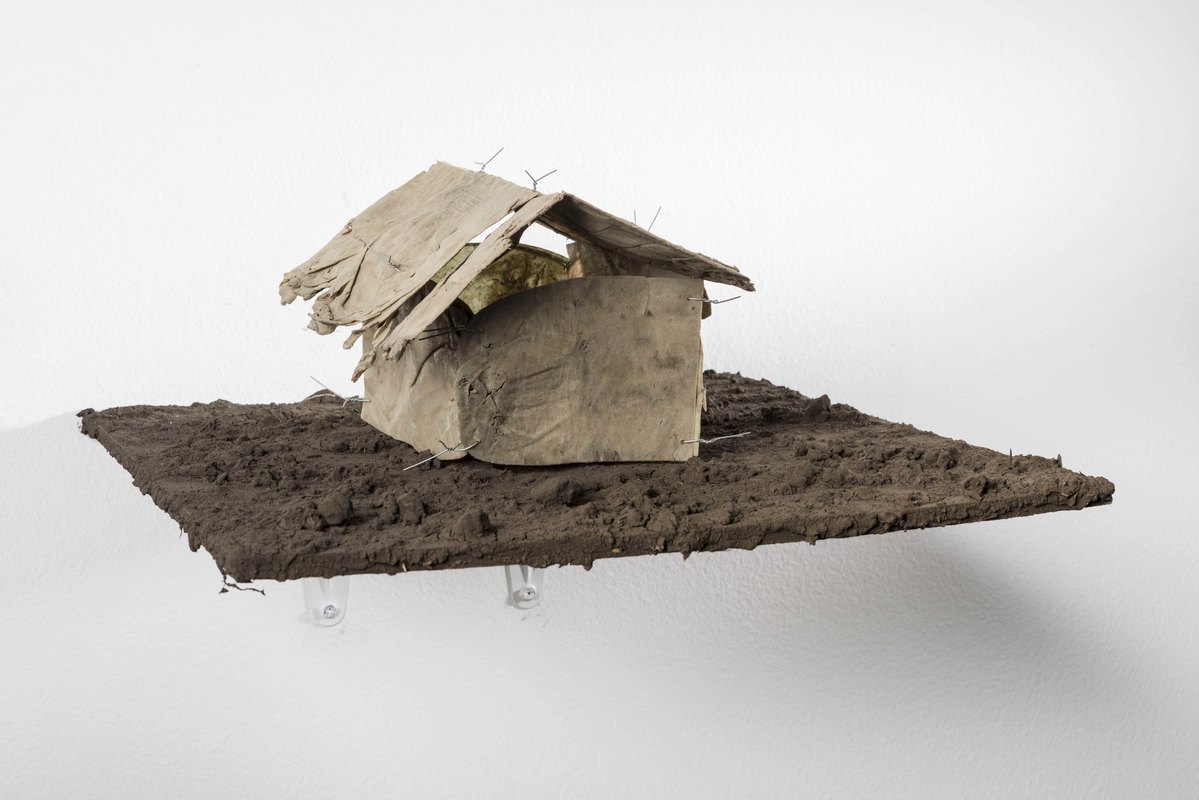 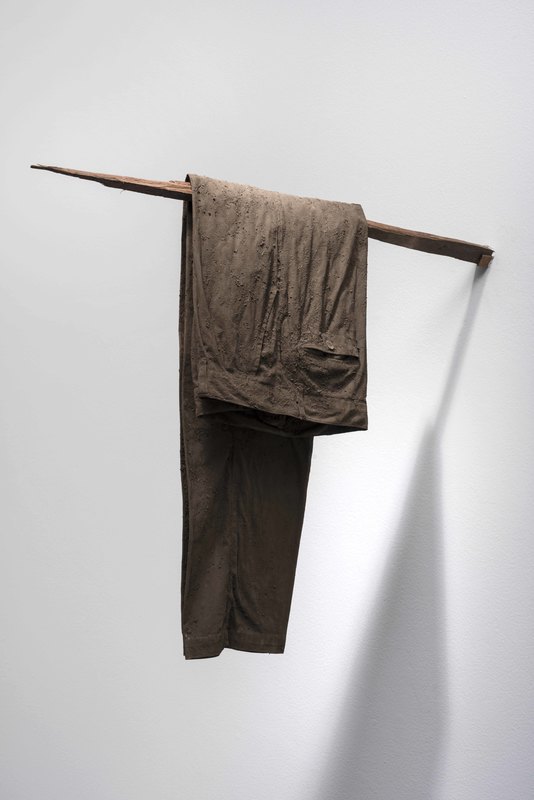 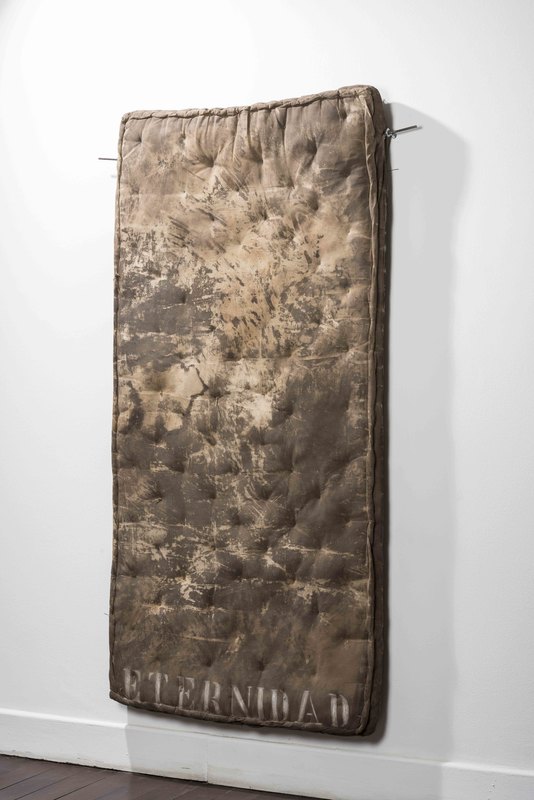 With a career that spans over twenty years, Sandoval returns to Casas Riegner with a new series of works addressing the restorative and scatological qualities of “mud” both through their concept and materiality. Known for his highly political art practice involving the use of discarded and symbolically charged materials, in Limo the artist uses mud as ”pigment, essence, and fertile space” to configure installations in diverse formats that reference notions of morality, death, uncertainty, absence, memory, exile, and extermination.

According to the artist, limo (mud) is: “the totality of healing structures that after a natural catastrophe allow the ground to transpire and mend itself.” By highlighting the restorative and scatological functions of mud, Sandoval manages to intertwine discourse, method and intent in bold installations that seek to awaken the spectator’s conscience.

The word “ETERNIDAD” (ETERNITY) inscribed on an old mattress smeared with mud references death and shattered dreams; a text-based drawing on a dark background comes to life when its letters are lit up; a net of discarded plastic bottles found in a marginal zone within the town of Jamundí are carefully gathered together in a chinchorro (hammock) that speaks of the justified extermination of indigenous communities in favor of progress and modernization; a fragile plastic container found in the dusty streets of Sandoval’s hometown is intervened with the phrase “sinfonía el más allá” (Afterlife Symphony) so as to activate thoughts associated with absence and memory; what seems to be a simple cloth died in mud, is in fact a pair of pants belonging to a worker hanging stiffly from a large splinter.

Rosemberg Sandoval was born in 1959 in Cartago-Valle, Colombia. He studied at the Escuela de Bellas Artes in Cali and at the Universidad del Valle where he currently works as a faculty member of the Department of Visual Arts. He has exhibited widely both individually and collectively in Colombia, Mexico, Argentina, Brazil, Venezuela, Ecuador, Spain, Switzerland, Italy, Czech Republic, and Colombia. His work can be found in collections including Daros in Zurich, MAMBO Bogotá, Museo la Tertulia in Cali, Museo de Arte Moderno in Cartagena, Museo de Arte Moderno in Barranquilla and Casas Riegner Gallery in Bogotá.