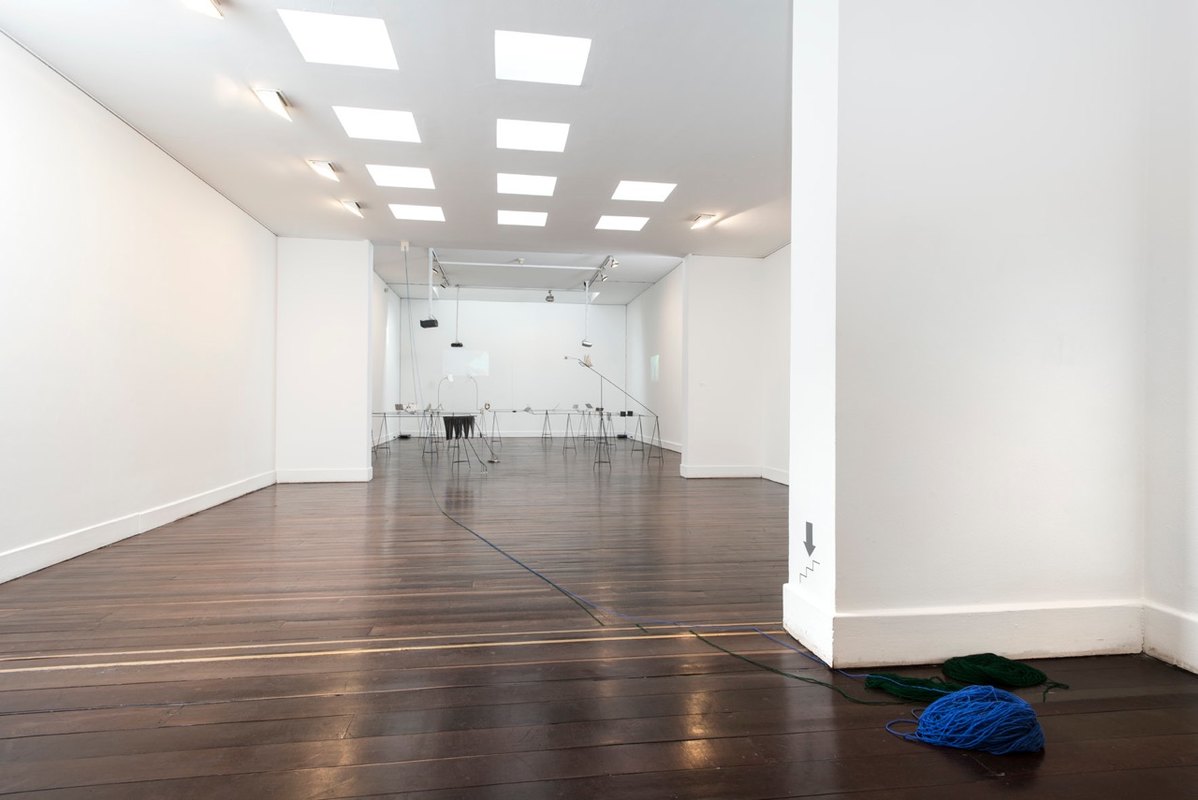 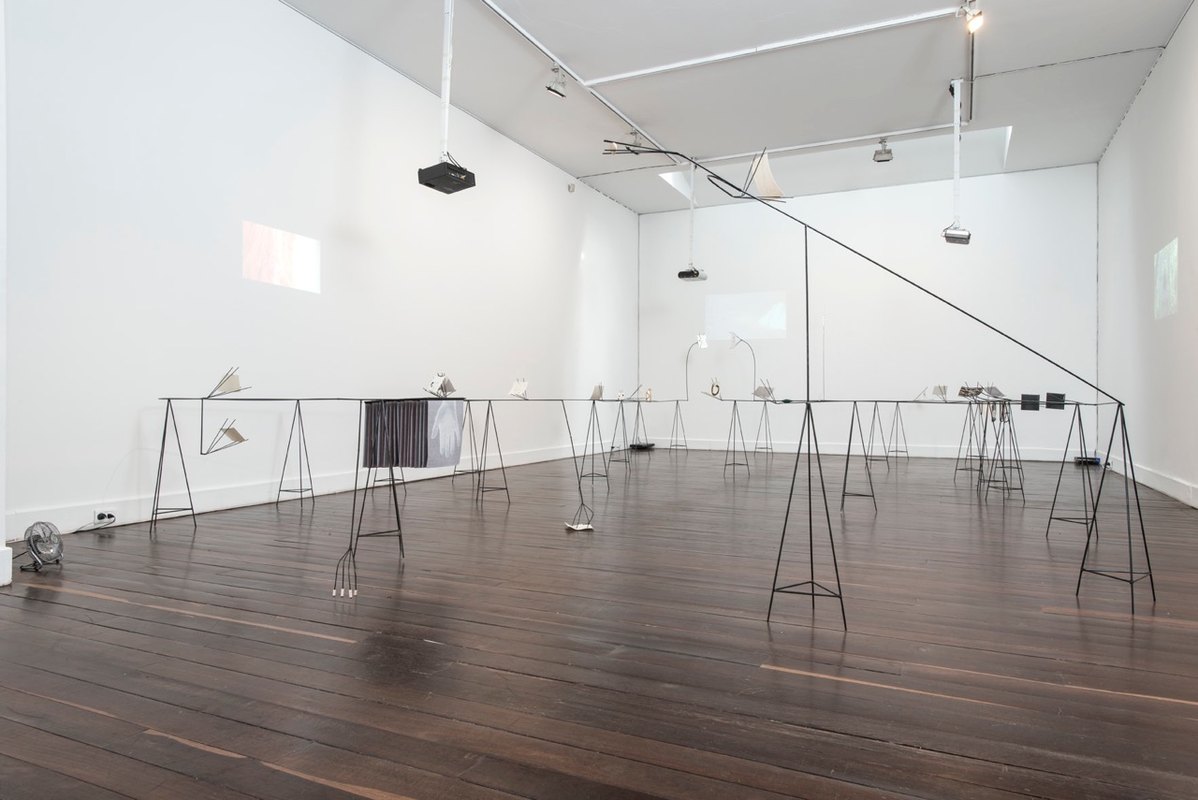 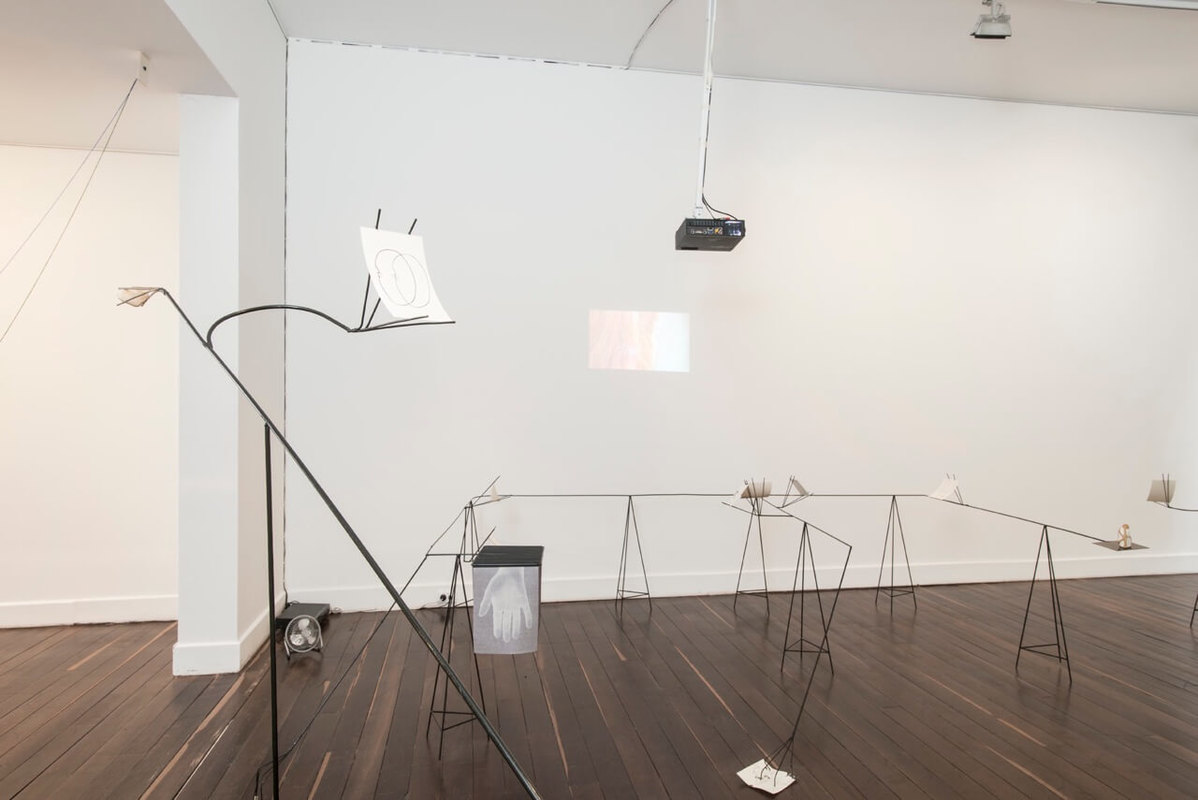 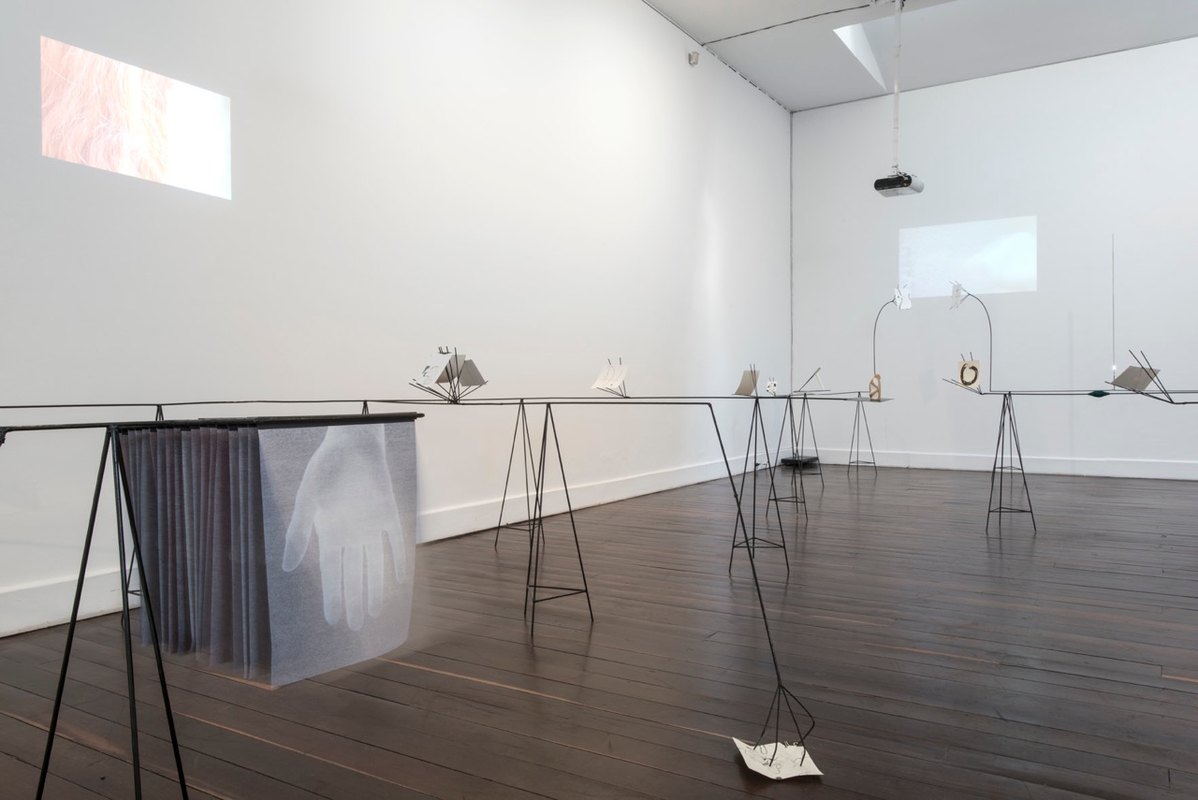 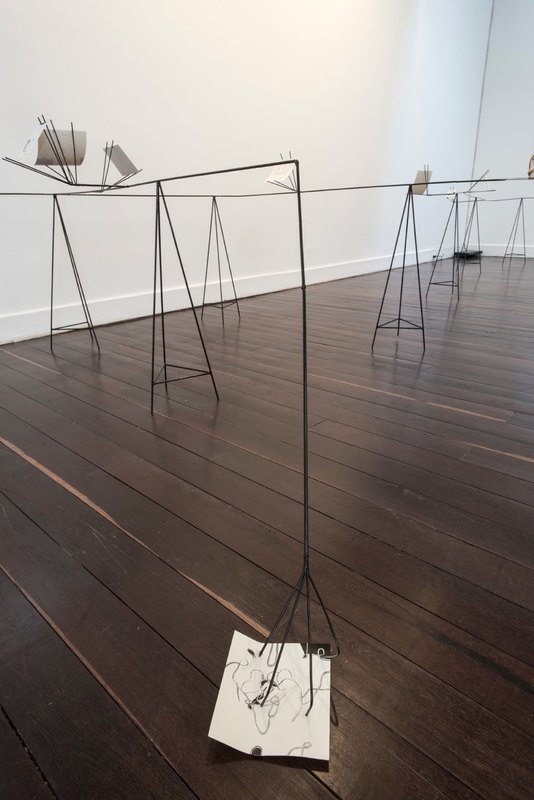 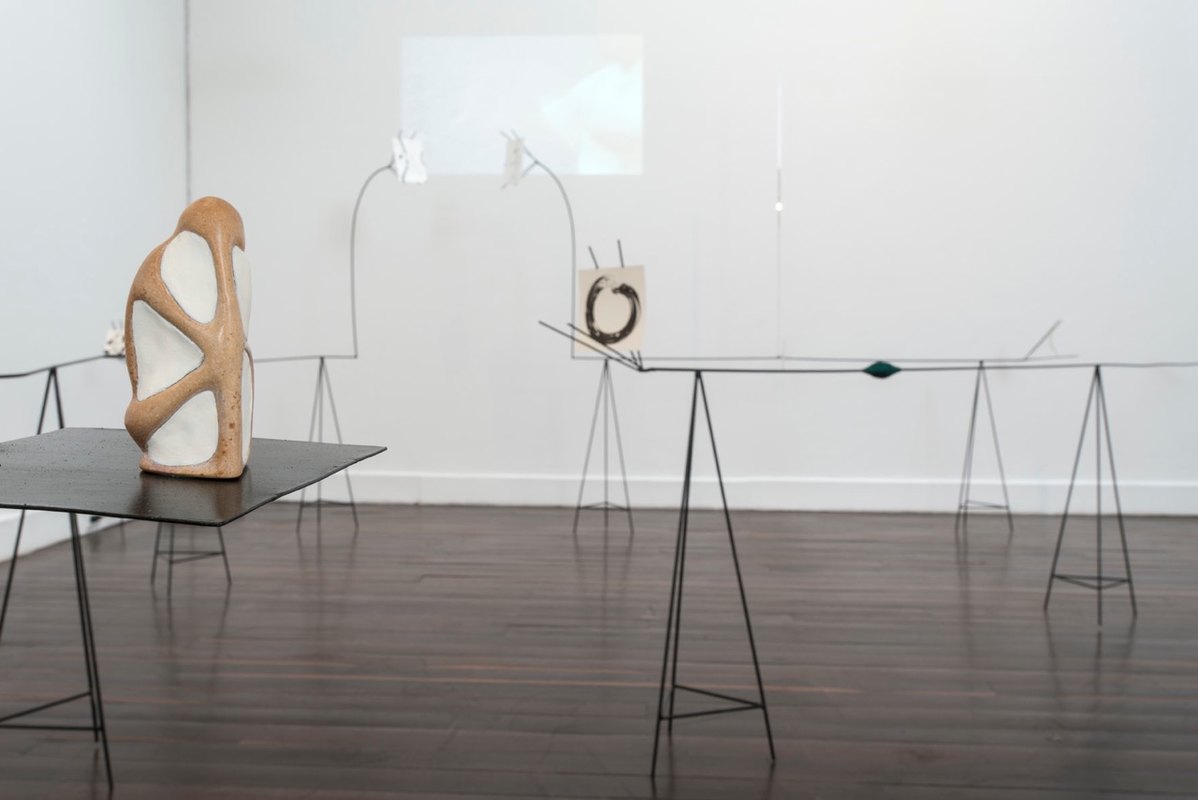 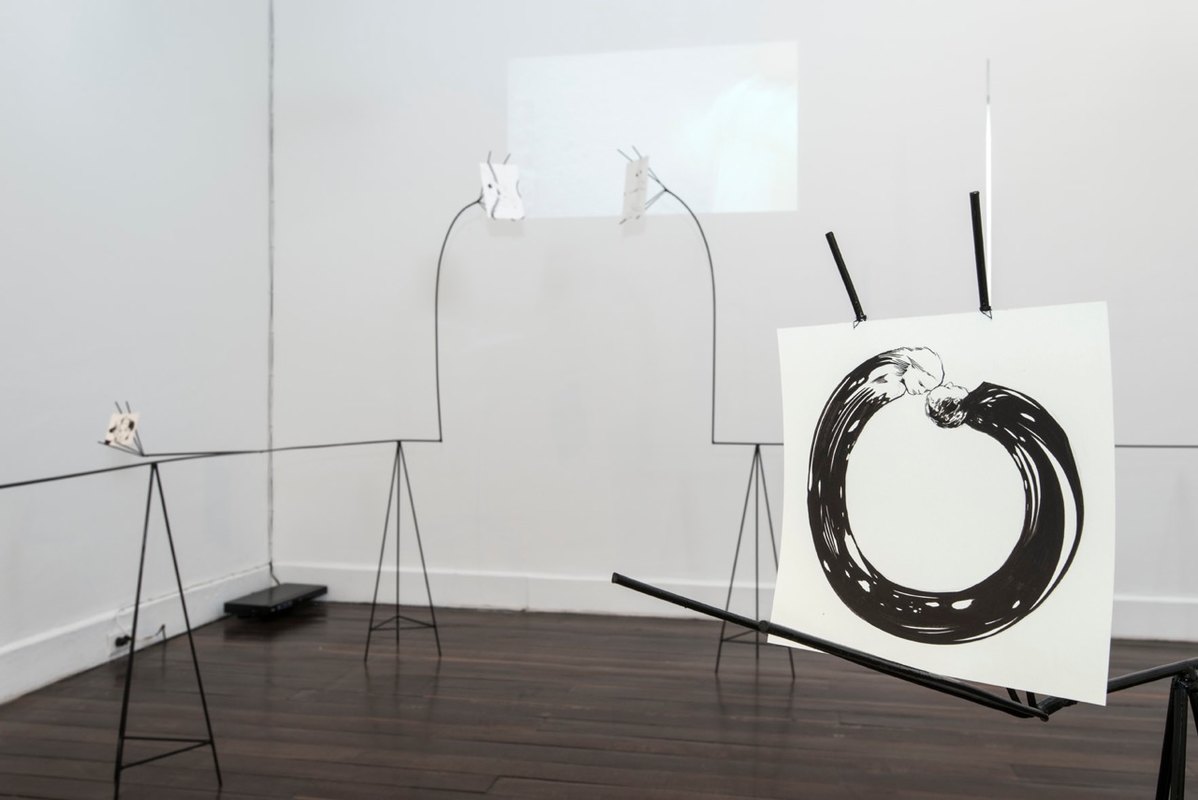 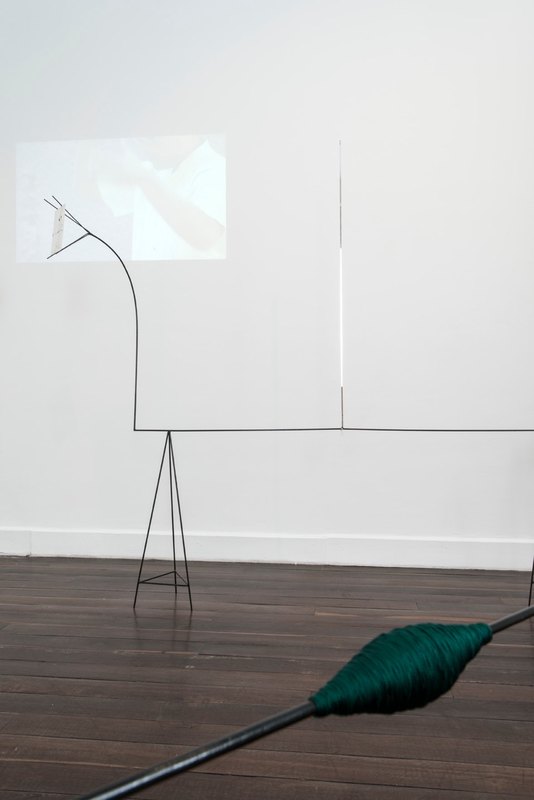 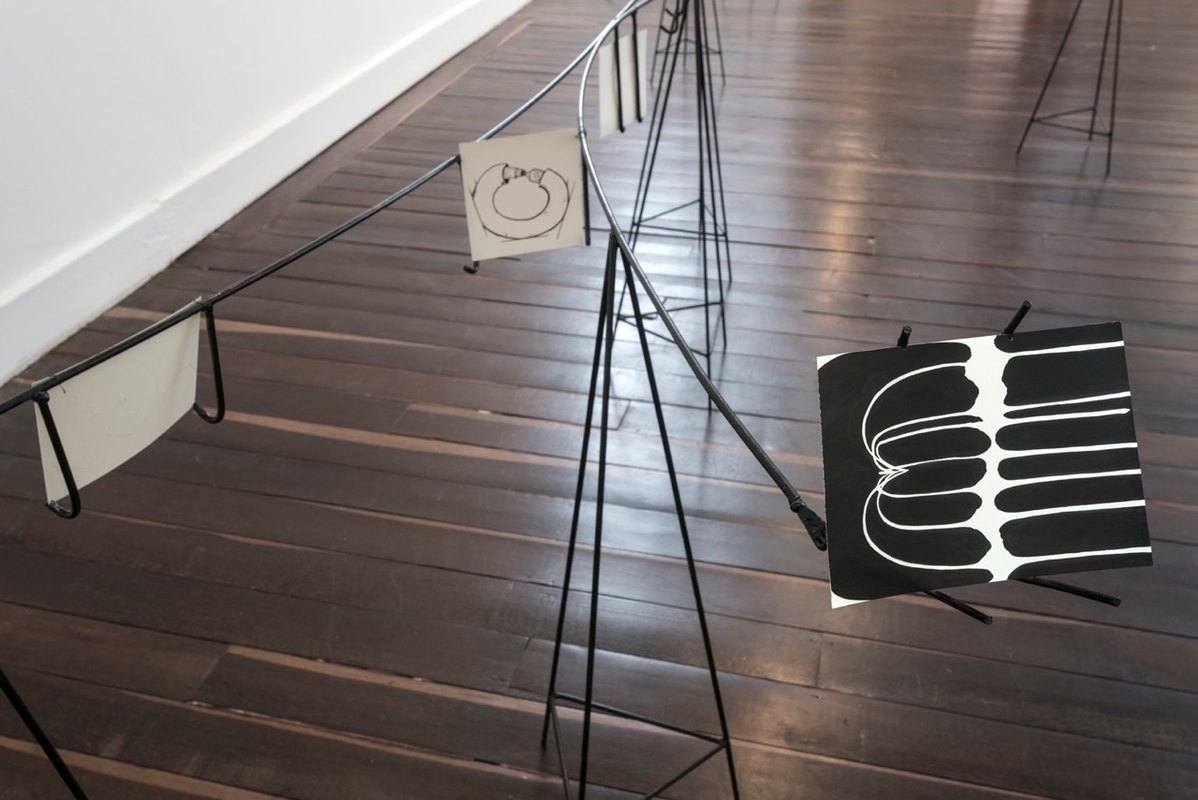 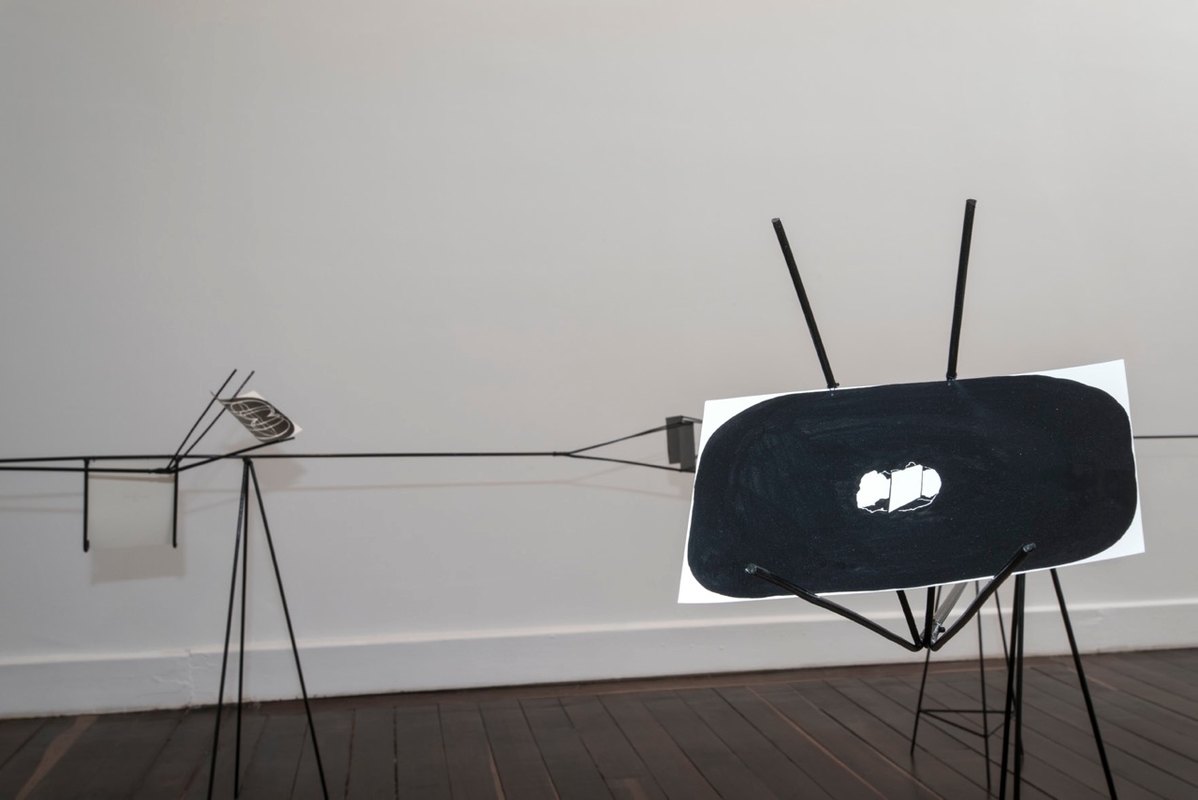 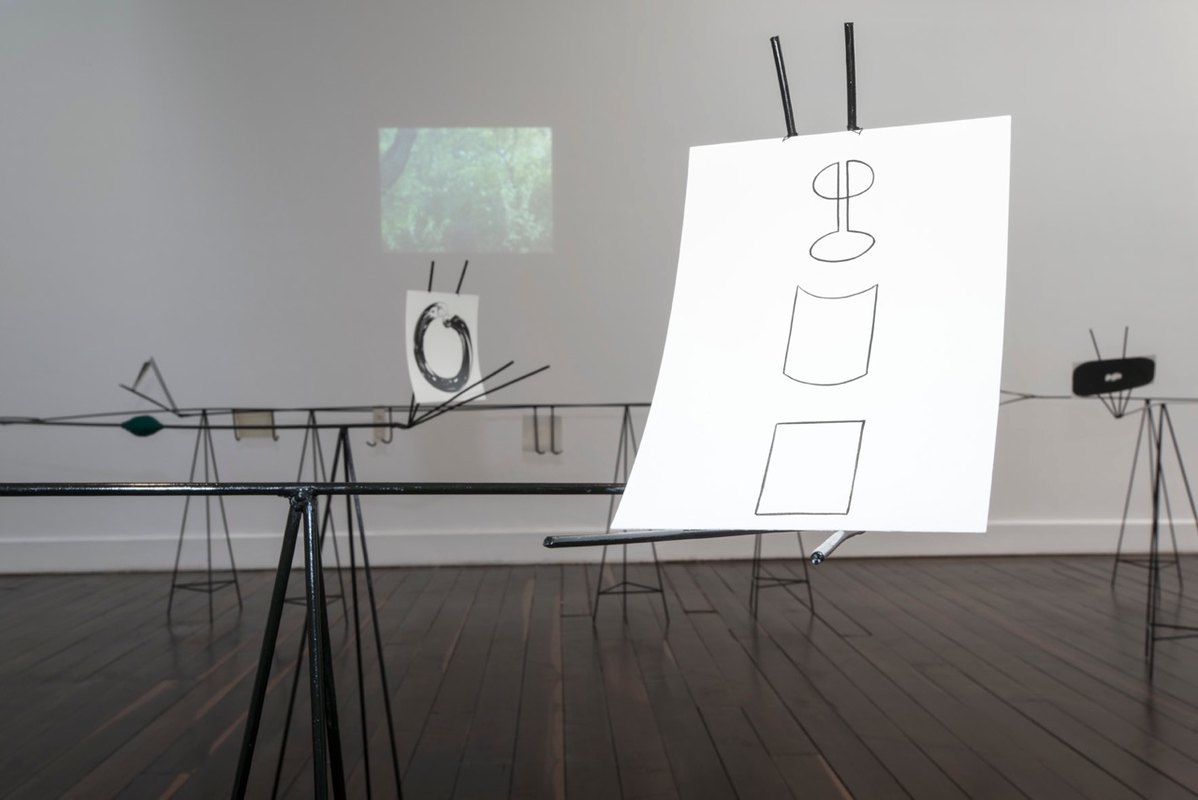 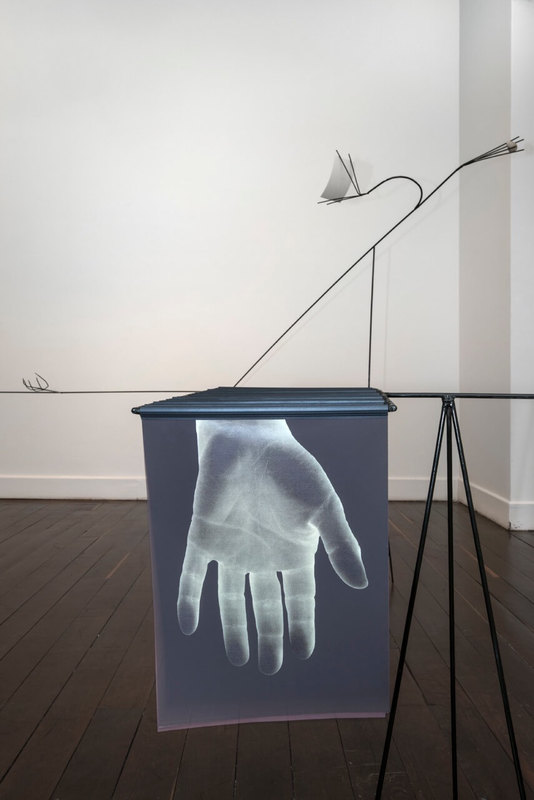 A line of wire that suggests a path, a series of structures that beside framing the empty space between them, contain drawings, projections and other objects. By drawing attention to different flows, relationships and exchanges, the structures enunciate the potentiality of encounter. “During the last couple of years my work has slowly turned into a bonding experience with others; open conversation and written testimonies have been my primary source to produce images and propose ways to approach them,” signals the artist.

Influenced by her experience with dance, Rita Ponce de León creates an installation that engages the body in many ways; a piece that invites spectators to bend over, sit, and reflect on their corporeal nature. The artist’s personal way of illustrating the body indicates that it is an open being connected to space, its air, and to everything that inhabits it.

Días enteros con los ojos cerrados (Full Days with Closed Eyes) points toward different relationships: between two individuals, a person and space, a person and the elements of nature. Butoh dance, an important reference for the artist, indicates that converging is facilitated when we recover “the body that has been stolen from us” by being conscious of our contact with others. The simple exercise of closing ones eyes, an action that activates different forms of perceiving space, might be a good first step.