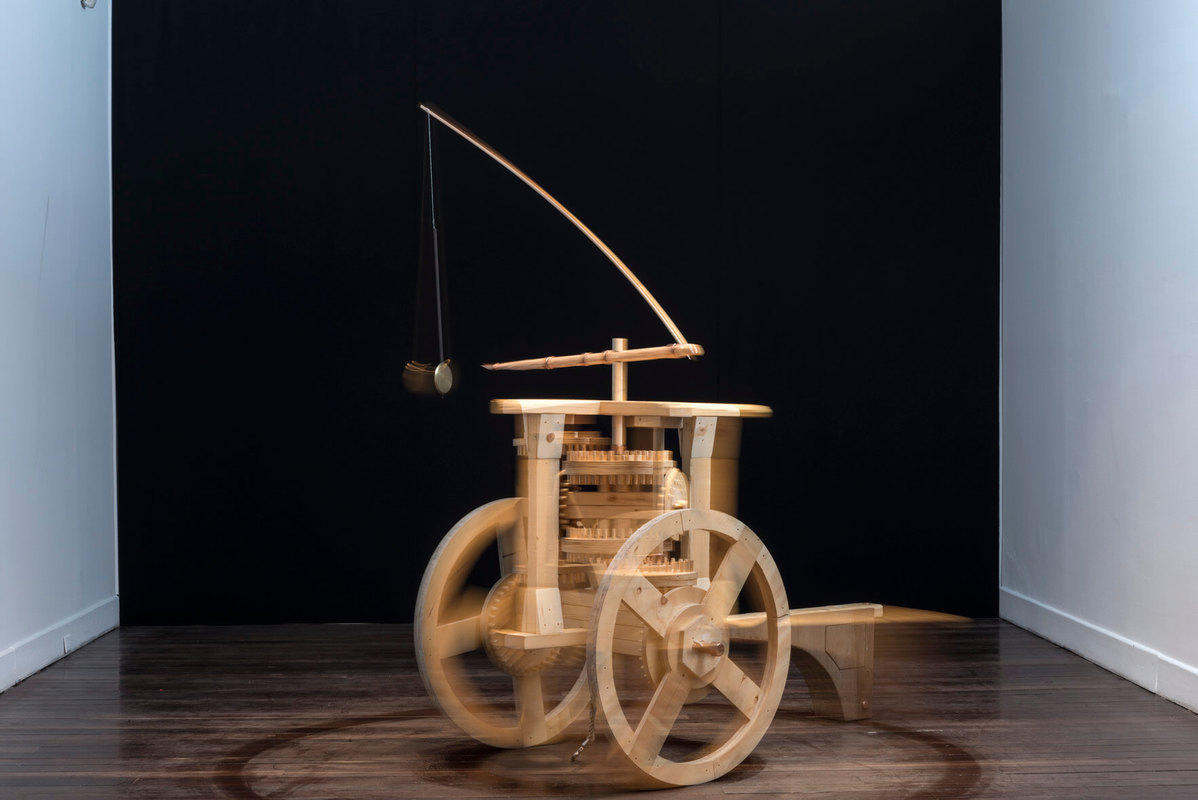 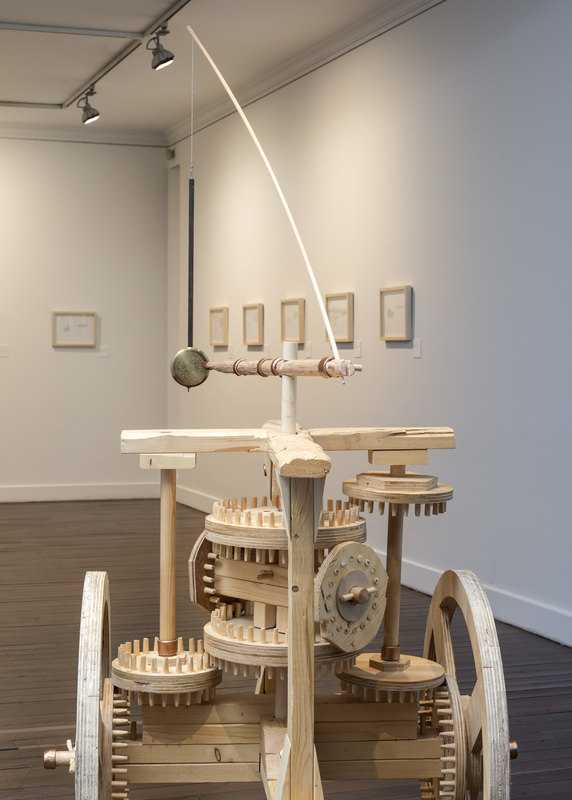 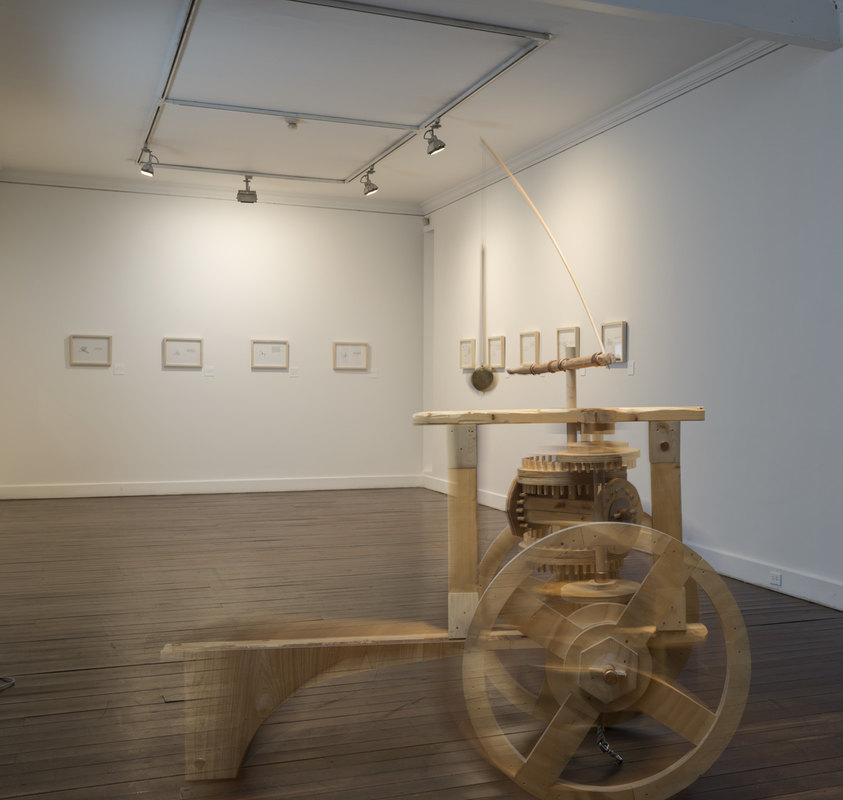 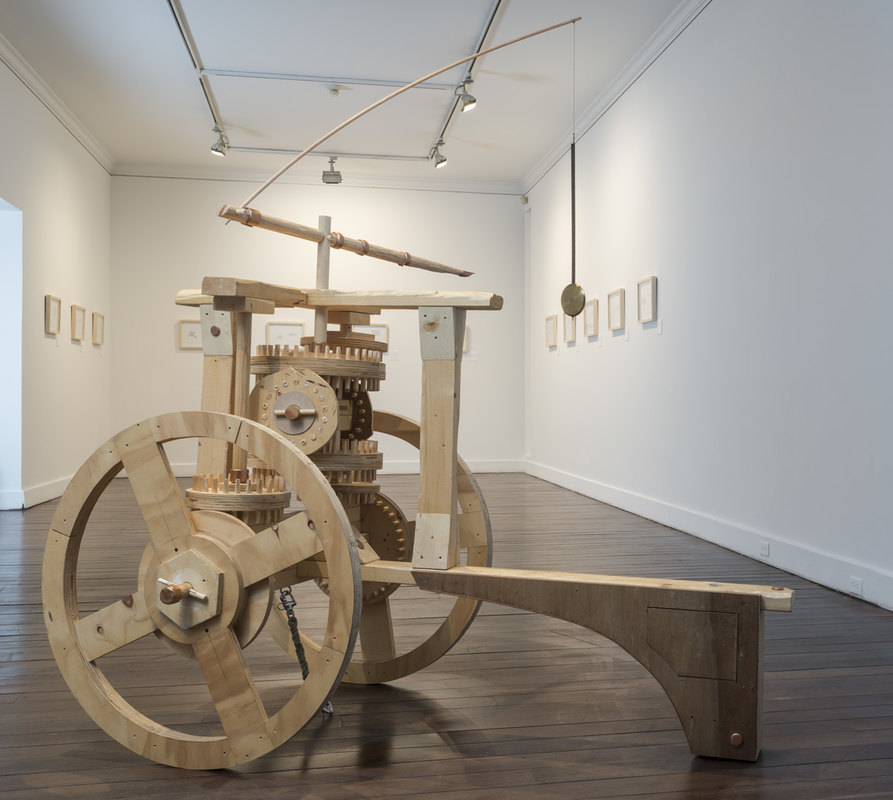 Taking as a departure point the south-pointing chariot, a two-wheeled vehicle said to have been invented in China around 2,600 BC, The Chariot of Greenwich is a sculptural piece addressing the ways in which advancements in knowledge, technology and culture, are represented and projected. Without recurring to magnets or any other components besides a series of wooden cogwheels, this ancient mechanism’s pointer aims constantly to the south, regardless of its position. The south-pointing chariot is an artifact conceived not only to indicate a specific direction, but also to showcase an emperor and his dynasty’s technological superiority.

In his replica of the south-pointing chariot, Pedro Gómez-Egaña exposes the carriage to an extreme situation by making it spin tirelessly so that its pointer gets lost. When referring to the workings of this artifact the artist affirms: “the machine insists on maintaining the direction that legitimizes it as a sing of power, it seeks to point south but it never reaches that direction; my intention is to exhibit the mechanism’s weakness and flaws.” Accompanied by notations and drawings, the sculpture—as signaled by the title— alludes to hegemonic acts of power as well as their consequences.

To pursue a goal and seizing it has been a conviction not only for individuals but also for entire civilizations. The transformation of the chariot from a symbol of power to a perplexed and disoriented artifact, thus reminds us of this.

Pedro Gómez-Egaña (Bucaramanga, 1976) is a musician, artist and teacher based in Bergen. He has completed several studies in Music and Music Composition, besides holding a Masters Degree in Visual Arts. His projects have been exhibited in different institutions such as Goldsmiths University, Bergen National Academy of Arts, Quebec’s Rencontre International d’Art Performance, London’s Institute of Contemporary Art and Universidad Nacional de Colombia. Gómez-Egaña has also worked as a composer for European theater companies, among them Theatre EnCorps and Philipp Gehmacher.