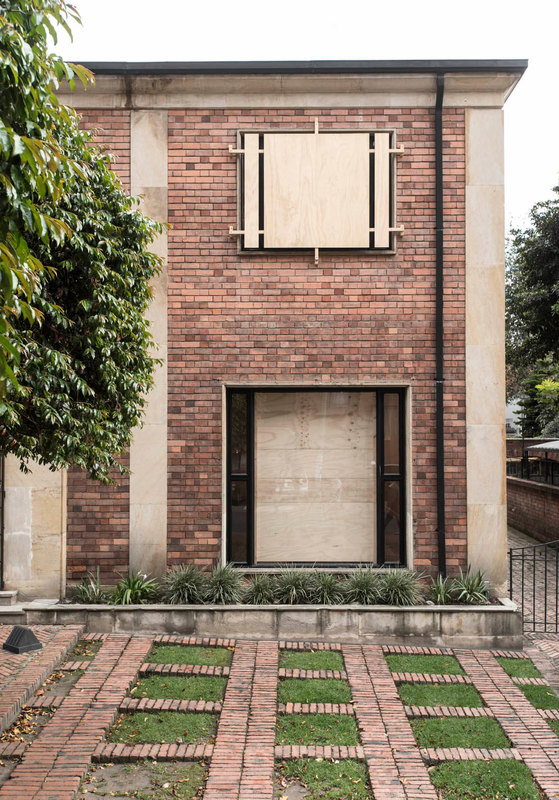 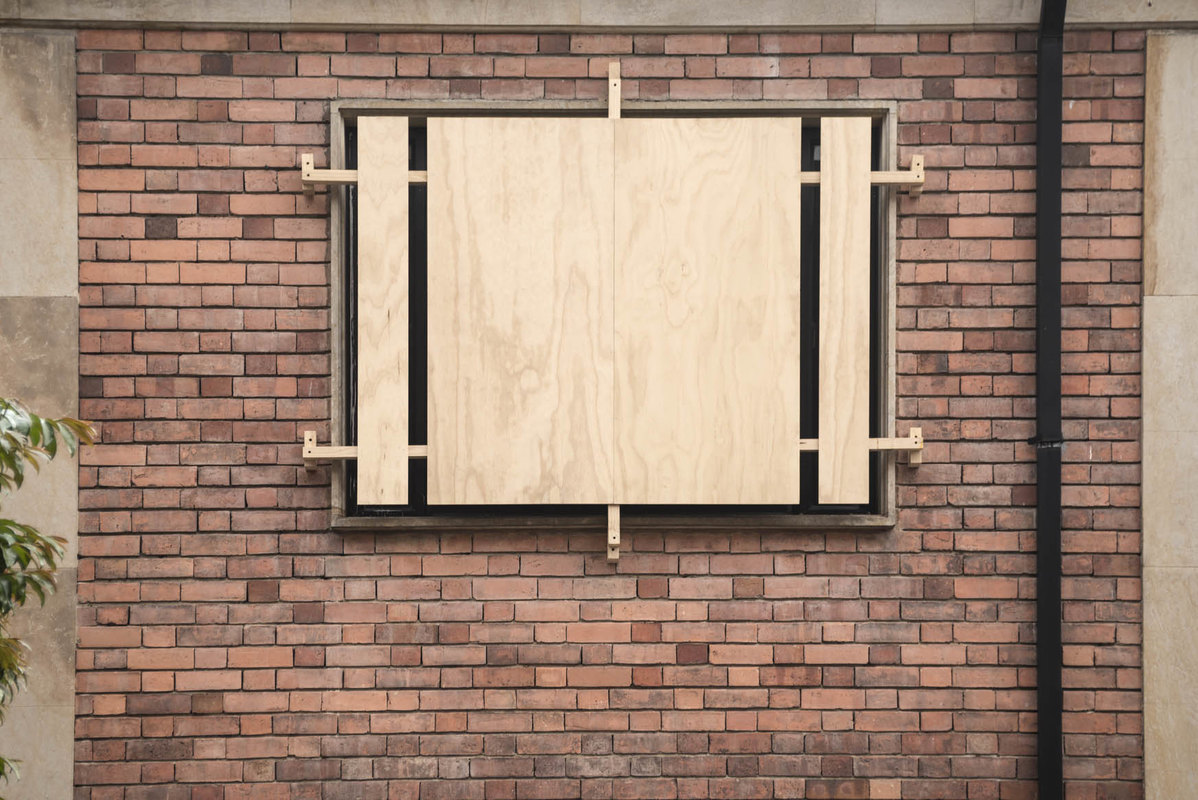 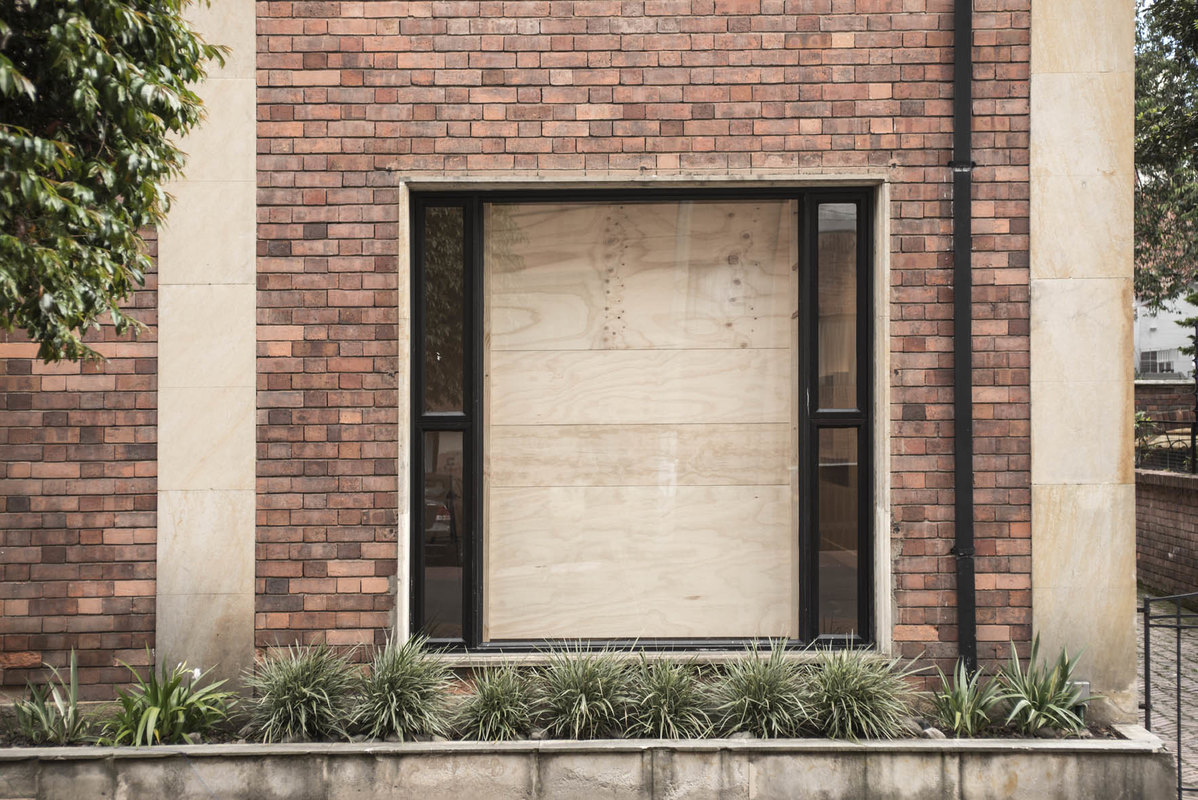 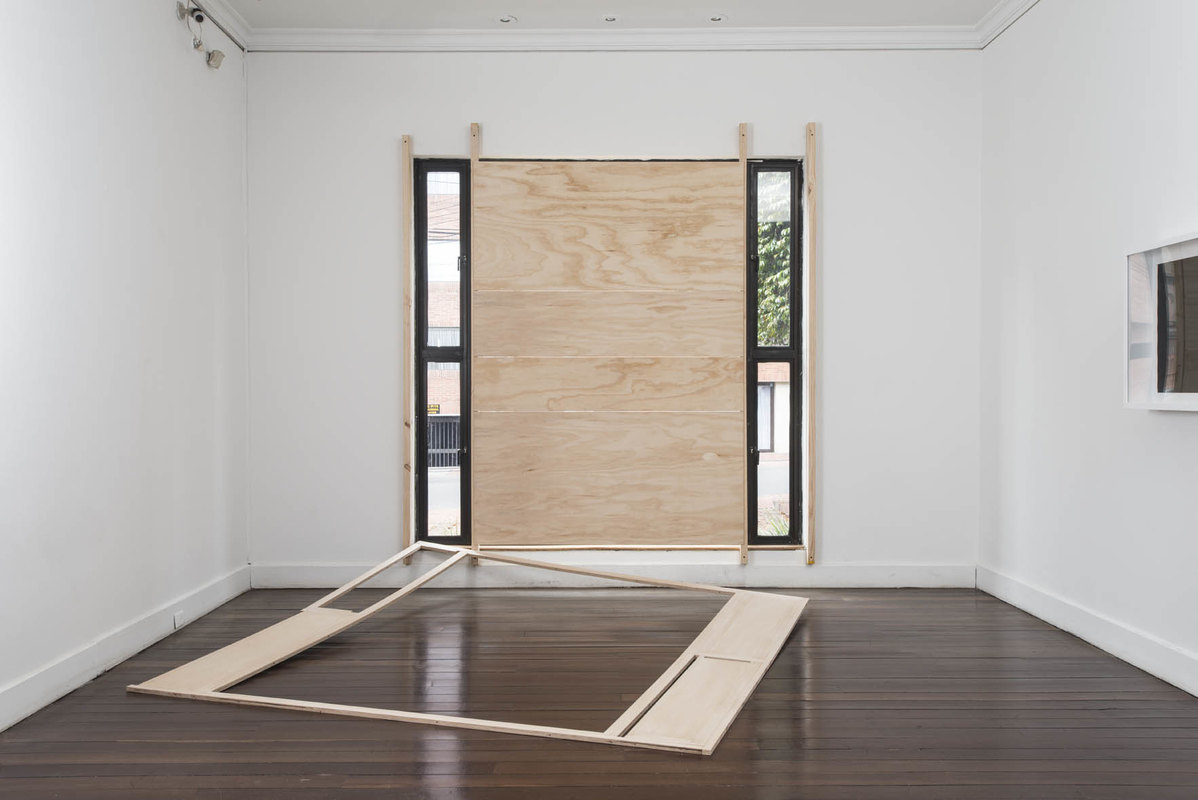 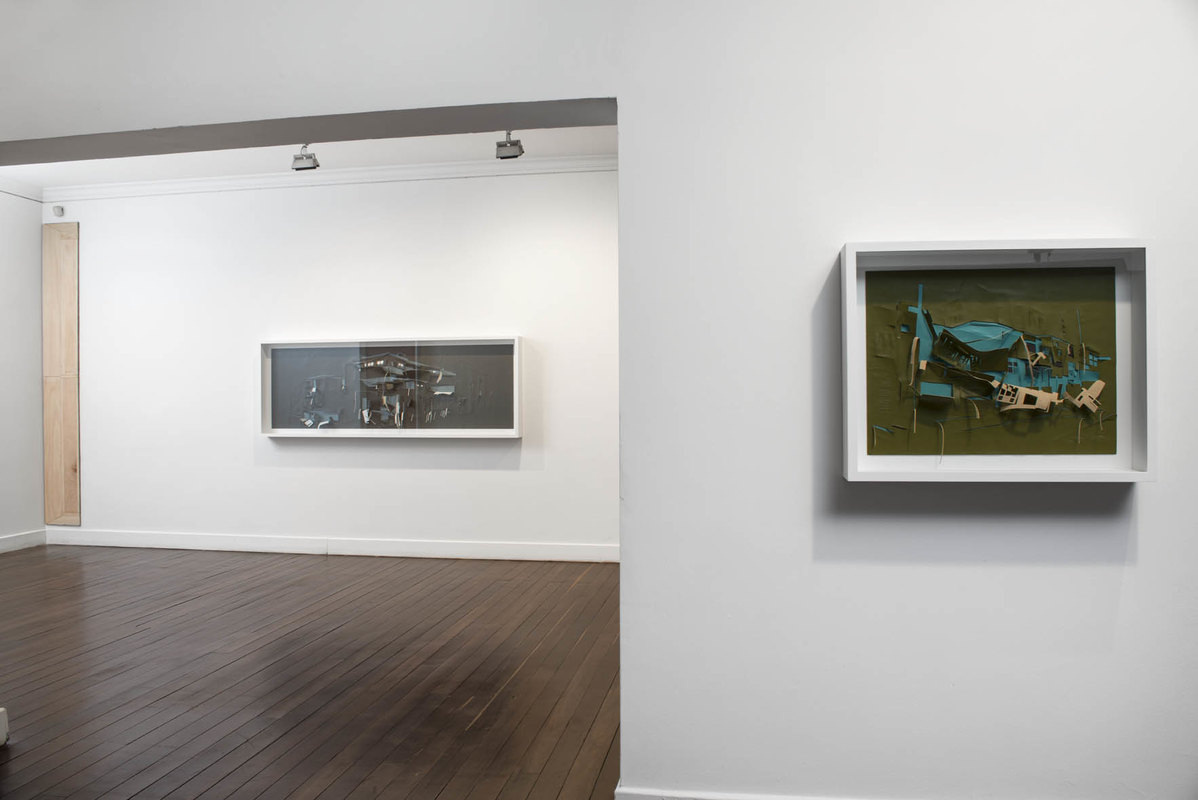 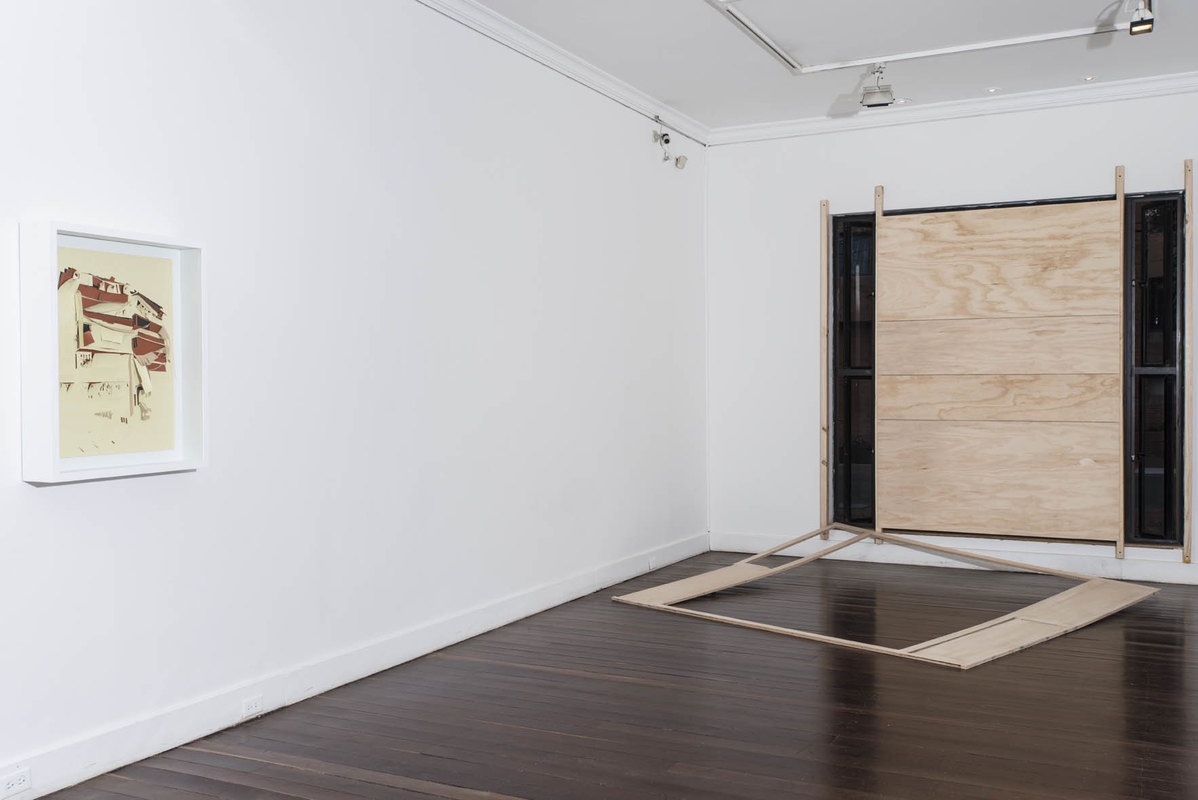 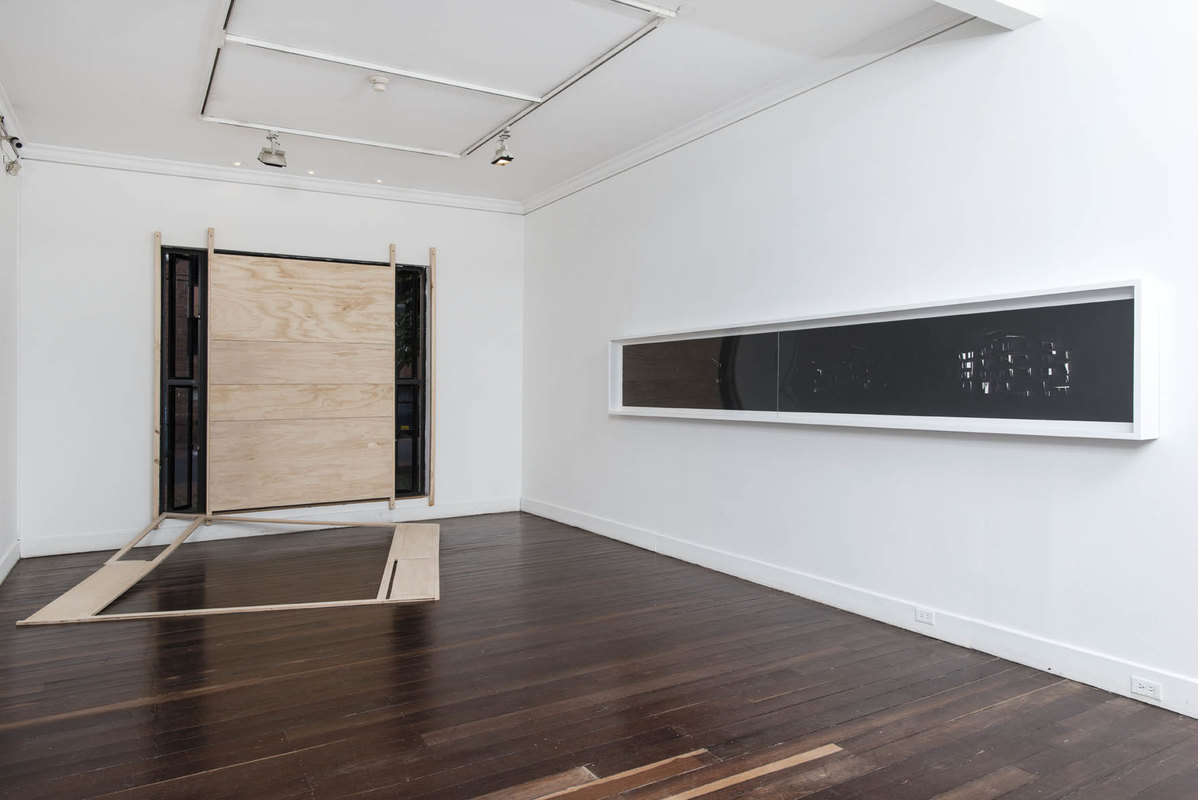 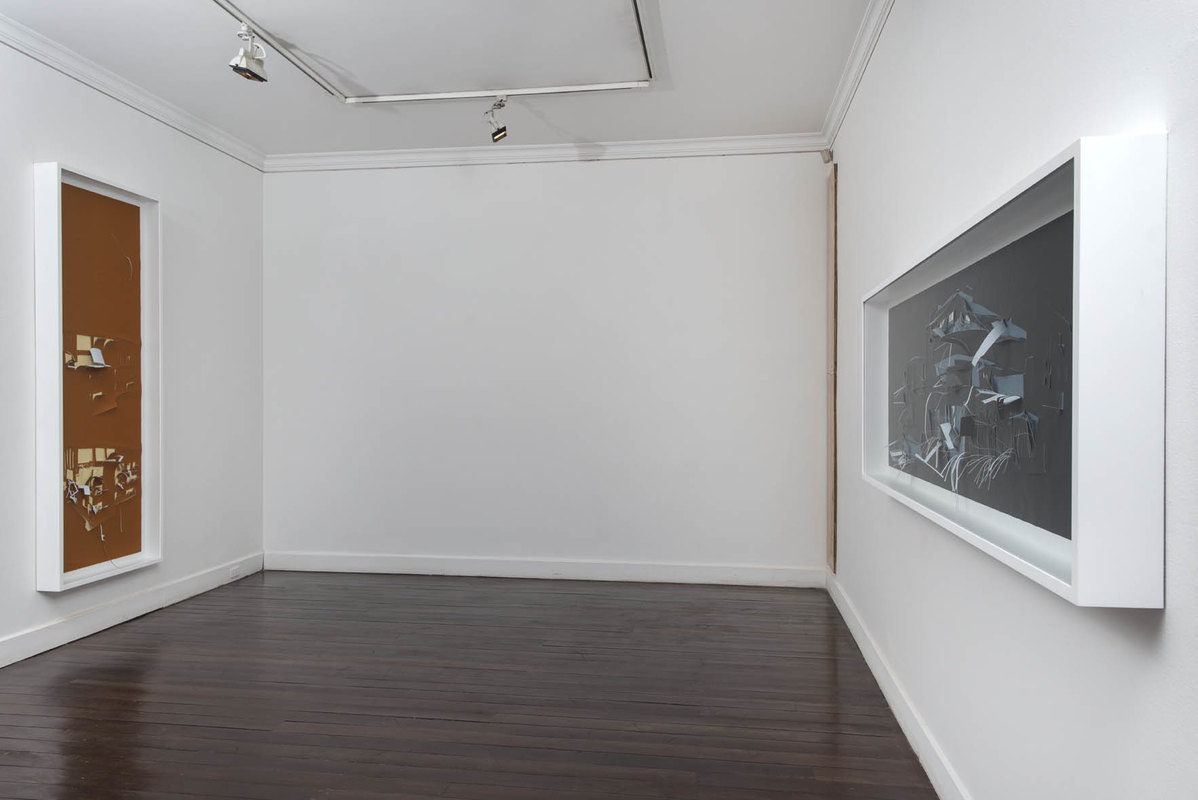 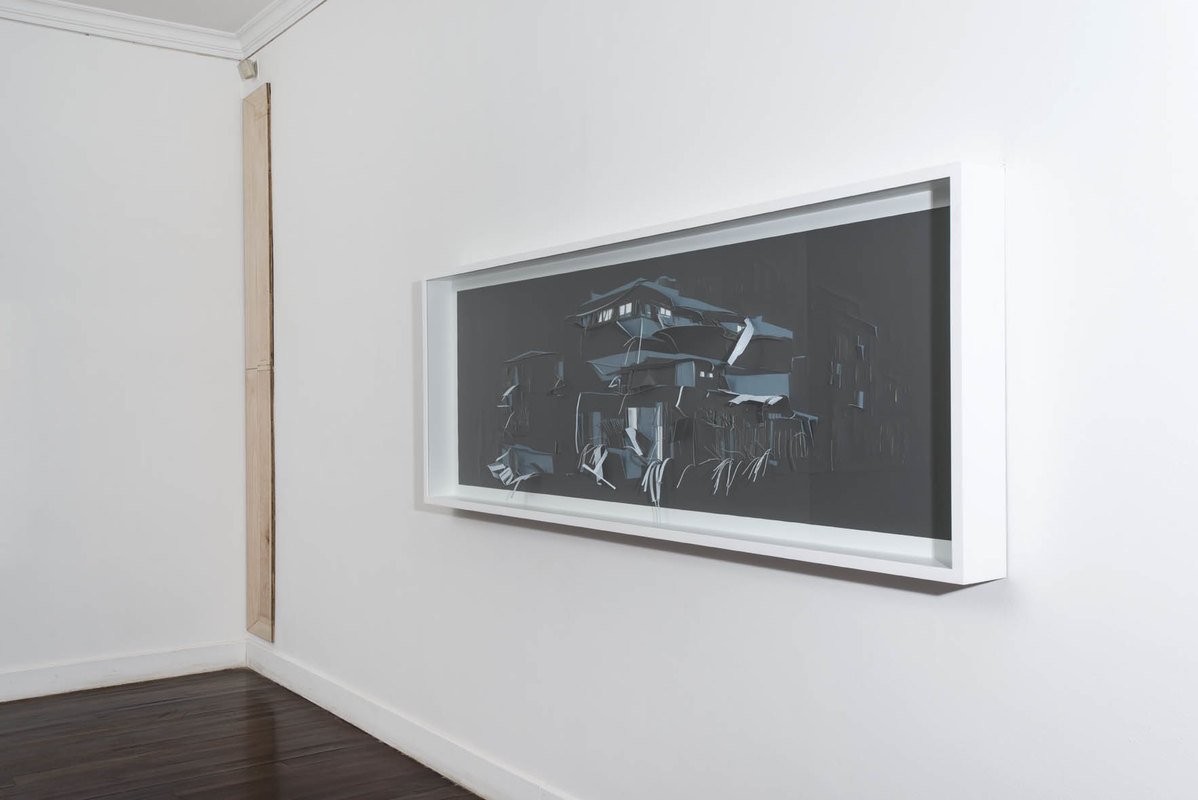 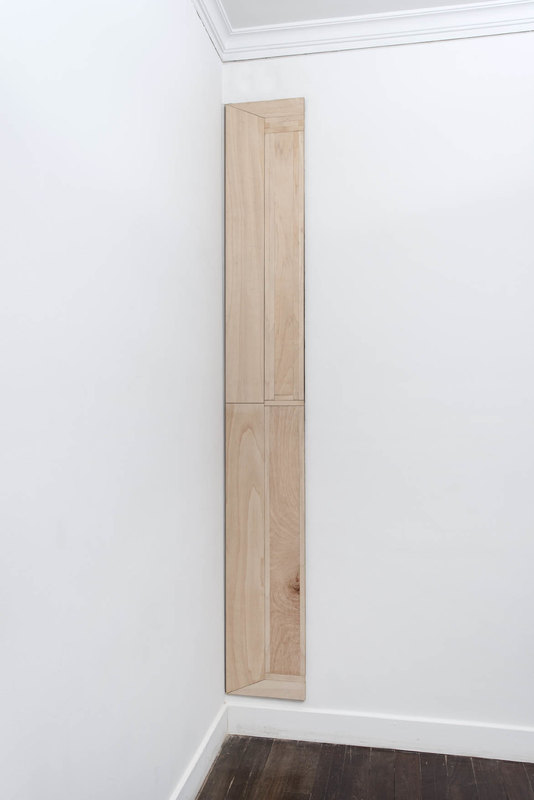 Doing and undoing are inherent practices to human beings; these are actions that are manifested in the way we relate to our habitat. However, beyond destructing or eliminating, undoing can be seen as a complementary process to doing, as a form of appropriation to that which already exists.In her most recent project Pender (To Hang), María Fernanda Plata creates a series of drawings and interventions that shape different urban landscapes and modify certain elements of the gallery space. The drawings made with cuts on layers of wallpaper, refer to constructions in Bogotá that are about to be demolished or are currently abandoned. In contrast, the interventions suggest a way of re-drawing specific elements of the exhibition space by way of cuts on plywood, while signaling the space itself as a vulnerable architectural construction, as is the case with any other constructed living space.

Although Plata’s work questions the relationship that human beings establish with built and inhabited spaces which are later remodeled, destructed and rebuilt, it does not seek to solely reflect on architecture; instead it calls into question architecture’s vulnerability while questioning what happens when a space stops being familiar and habitable. “My motivation doesn’t come from feeling nostalgic about the changing urban landscape, rather, it responds to a deep desire to search the present from within the territory I inhabit,” affirms the artist.