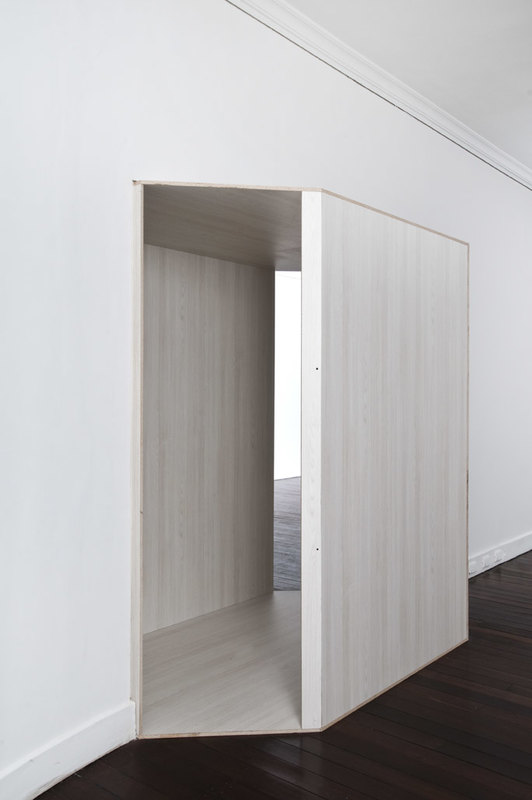 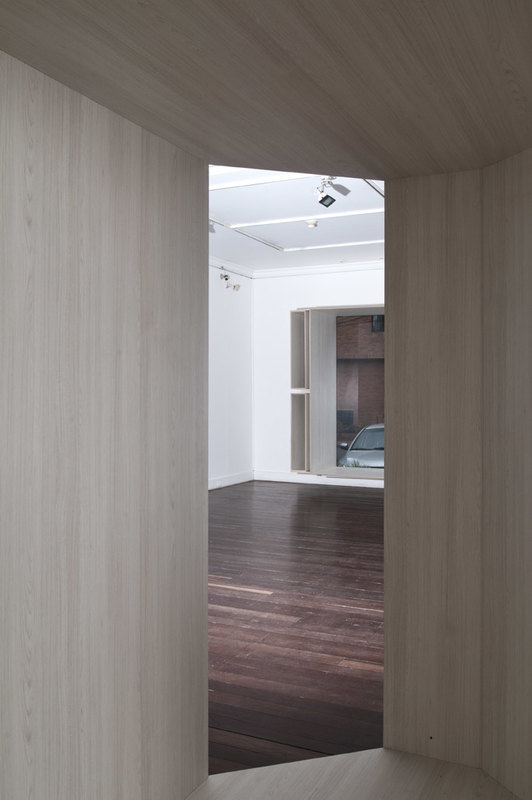 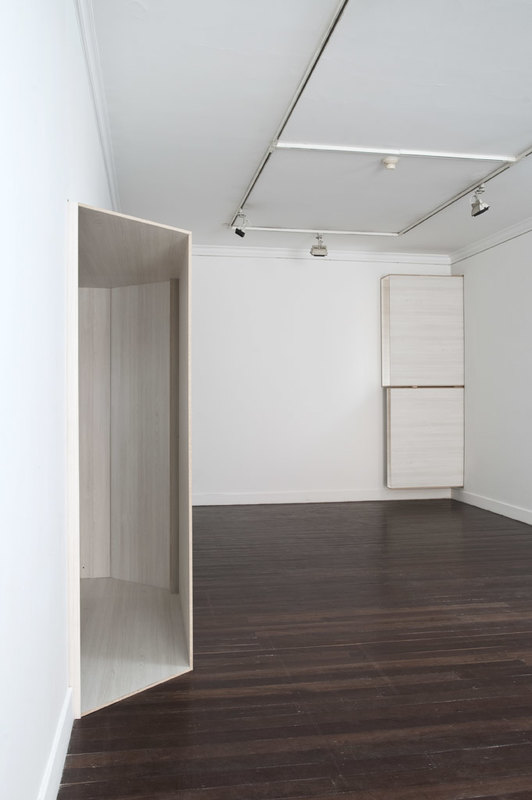 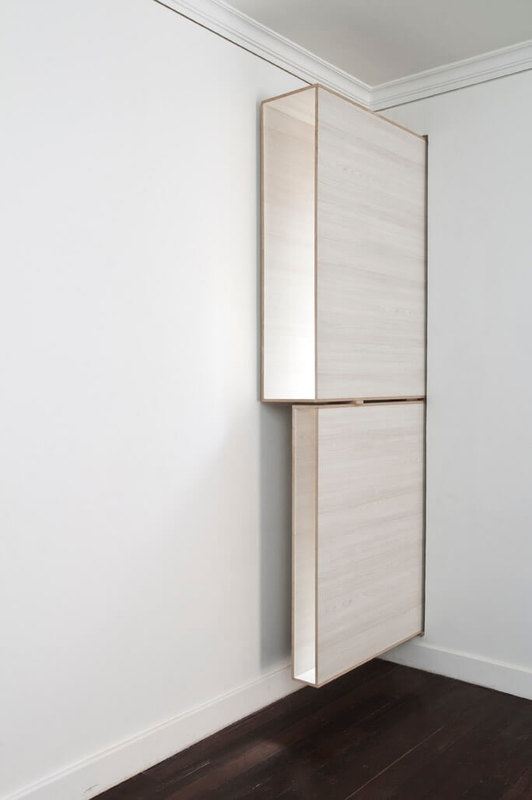 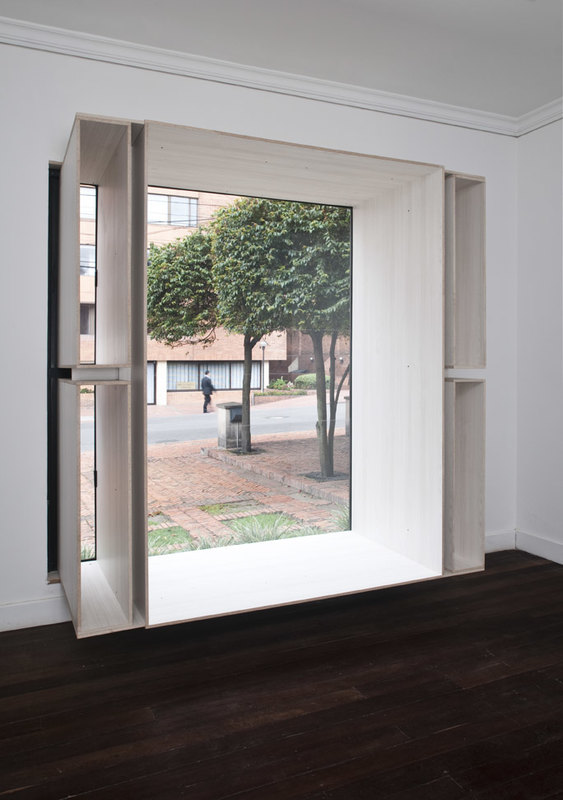 Employing notes and sketches from his personal notebooks as a departure point, Sierra presents a selection of site-specific interventions, graphic and object based works that respond to the artist’s interest in exploring and problematizing our relationship with space.

Lacking a title due to the artist’s attempt at highlighting the transmutable nature of the exhibition, Sierra’s project begins with a series of seemingly anachronistic postcards that emphasize the ludic character of the show, and foreshadow its conceptual underpinnings. Upon entering the gallery space, the viewer is confronted with two installations that seek to defy common notions of use and architectural perception. On the one hand Estructuras para transición (Structures for Transition), a series of constructions standing between adjacent spaces, serve to highlight architecture’s geometric projections, while challenging our perception of space. On the other hand, a series of wooden canes that illustrate the formal evolution of a stick to a cane, are the result of a profound reflection on the act of using an object. Inspired by French comic Jacques Tati’s Monsieur Hulot—a character recognized by his pipe, hat, trench coat, and umbrella—the canes explore the object-subject relationship, while suggesting that objects are bodily extensions affecting the way we balance and move throughout space.