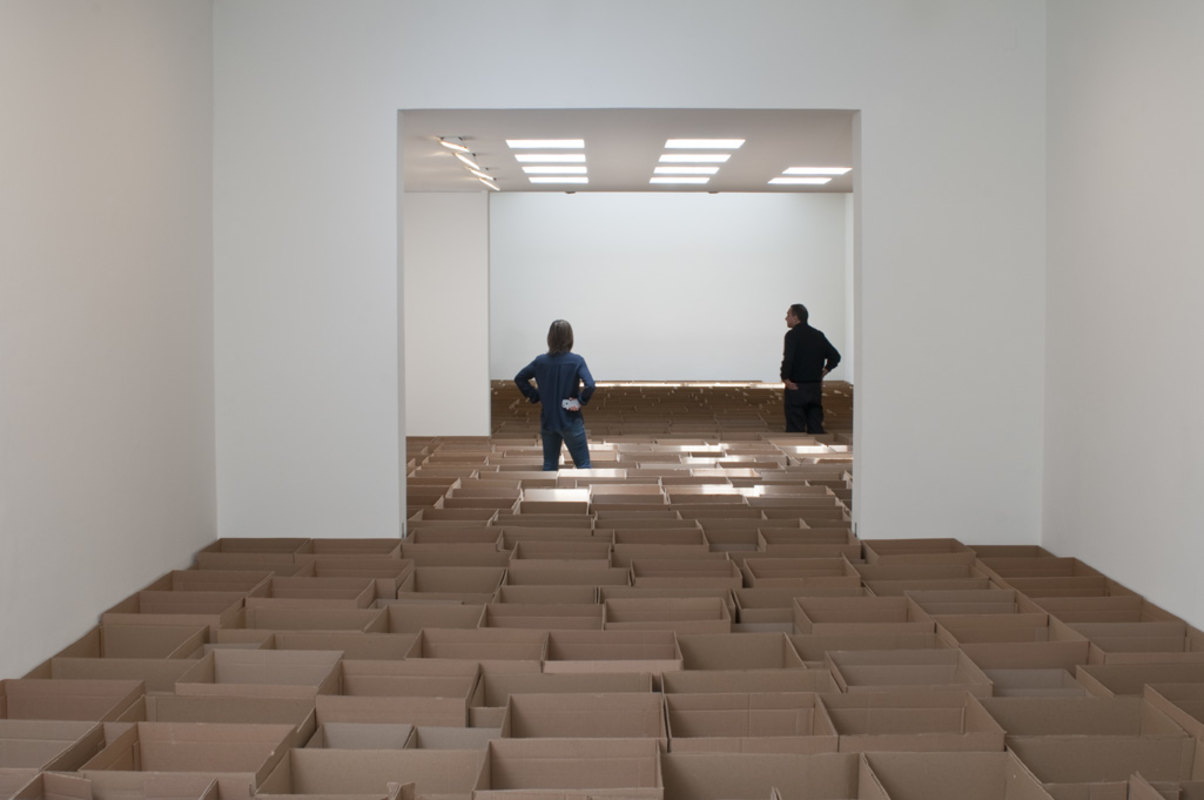 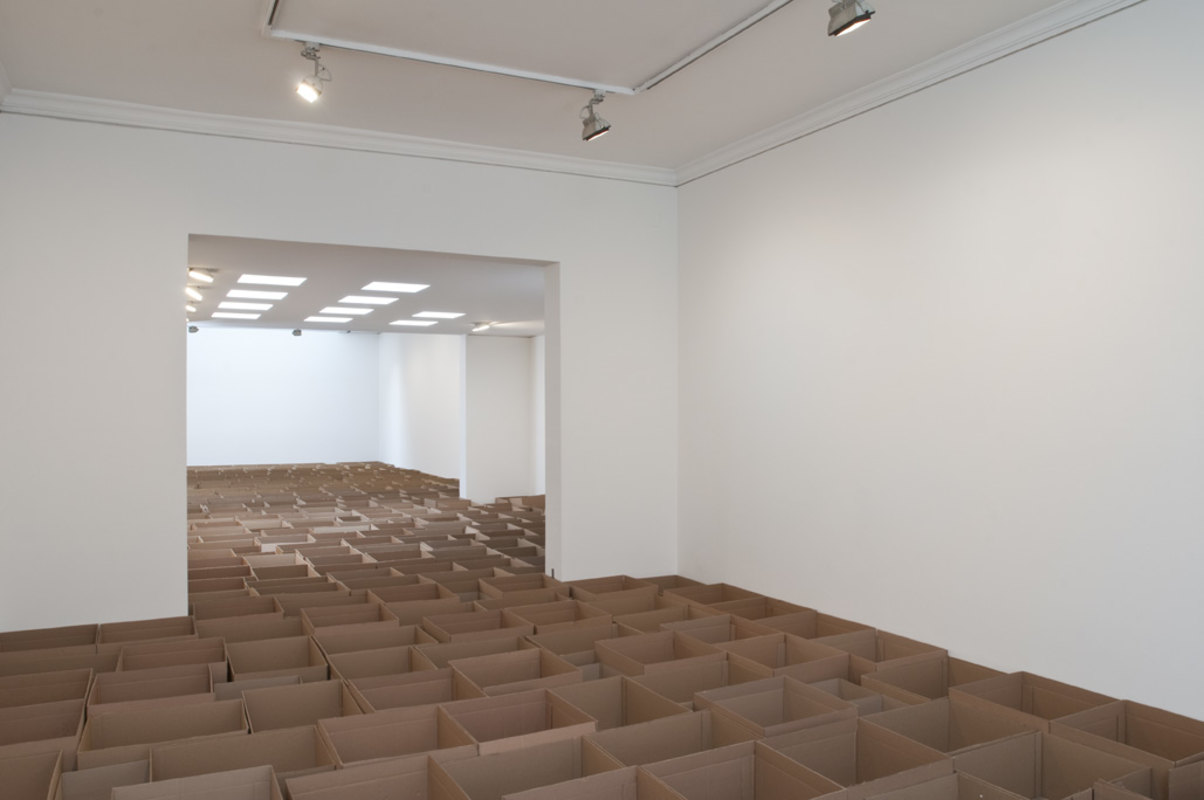 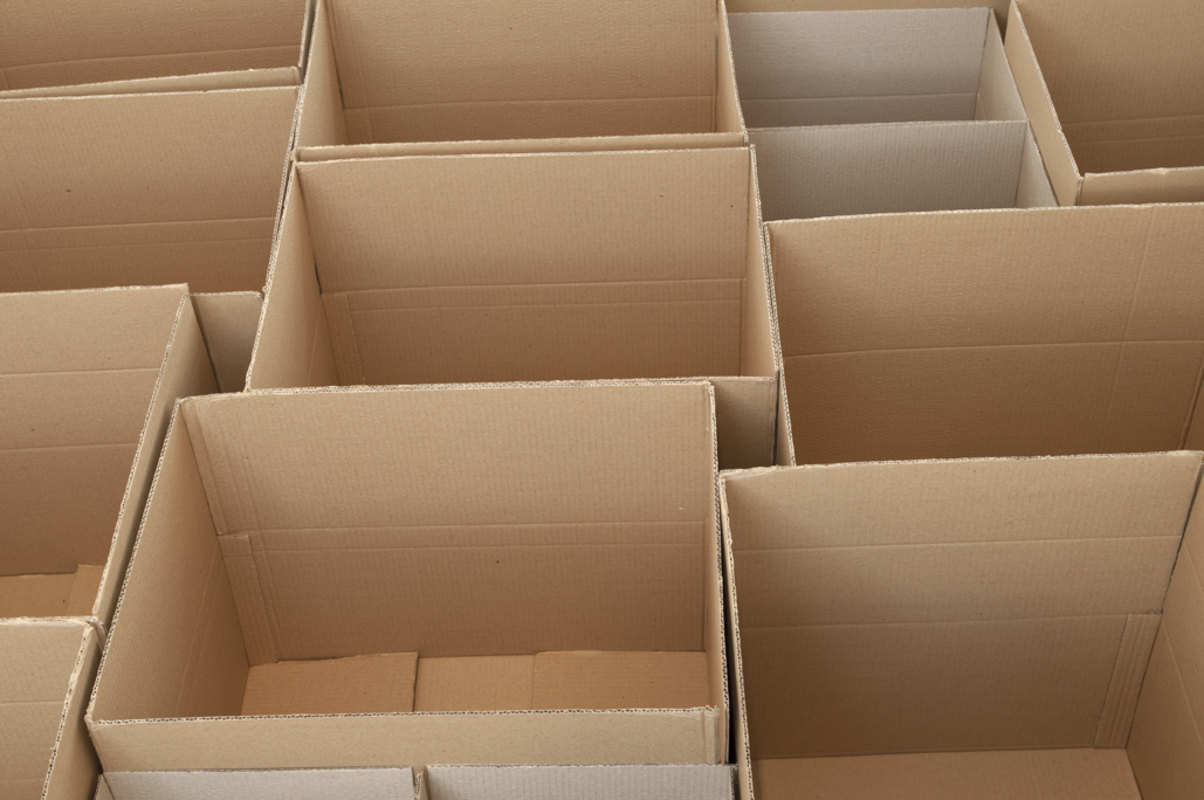 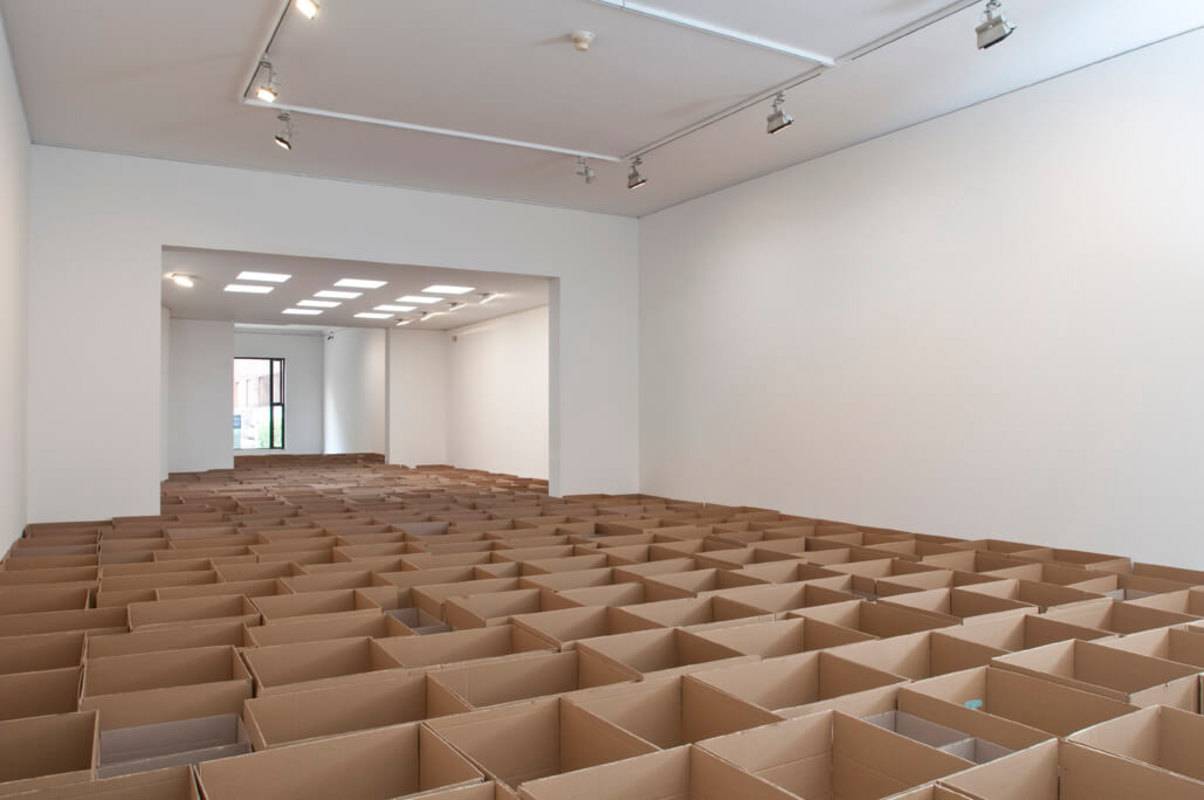 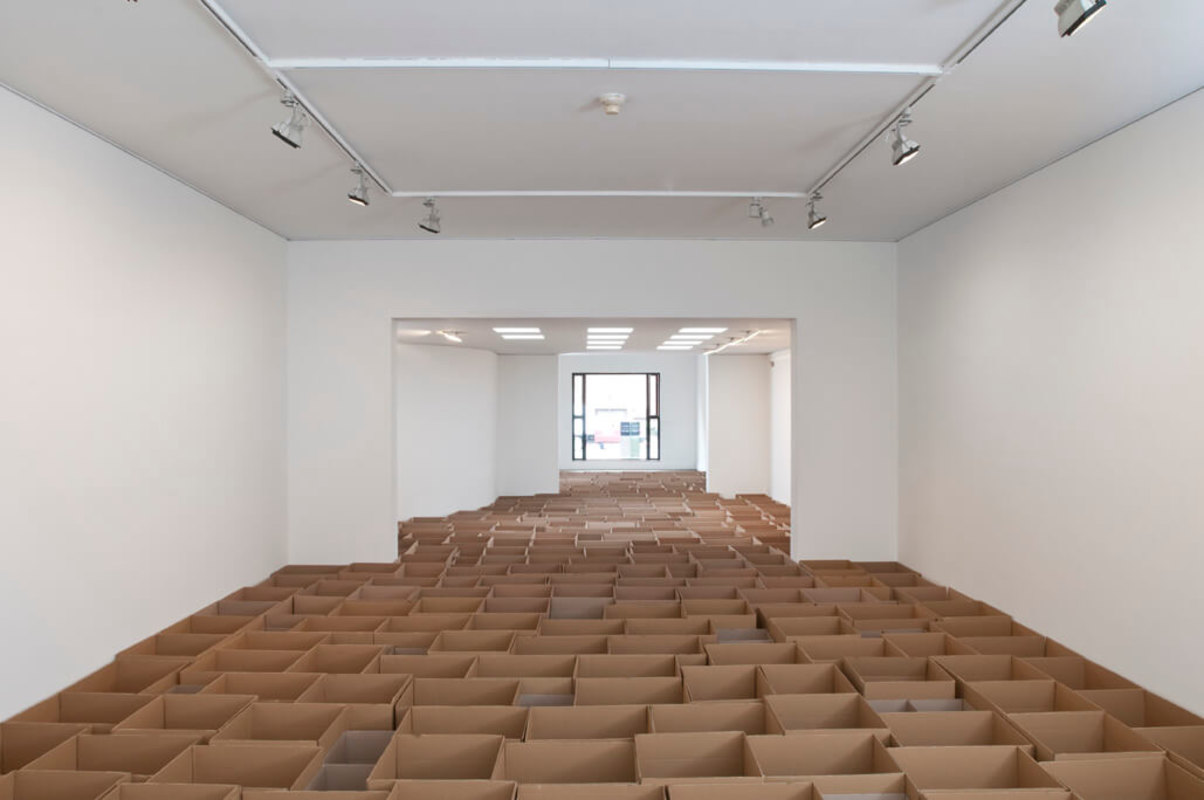 Casas Riegner is pleased to announce the opening of DESTERRITORIALIZACIÓN (DETERRITORIALIZATION), the first solo show in Colombia by Portuguese artist Carlos Bunga. Constructed around a site-specific installation, this new project is based on the notion of the loss of geographic and social territories as places where the relation between history and memory is disrupted, consequently enabling the construction of new habits and symbolic productions. Created with simple materials such as cardboard and duct tape, the procedural nature of the project manages to fuse the gallery’s architectural space with the artist’s own abstract space, resulting in a highly adaptable installation involving extreme preciseness and attention to detail.

Bunga creates process-oriented works in different formats ranging from installations, sculptures, and paintings, to performances, videos and drawings, all of which seek to intervene the immediate environment within the architectural space. Although he often utilizes ordinary and unpretentious materials, his works demonstrate a high level of aesthetic and conceptual complexity derived from the interrelation between doing and undoing, transience and permanence, large-scale and small-scale, search and conclusion.

The exhibition will also feature a collection of drawings functioning as a reflection field, created subsequent to the completion of the artist’s site-specific projects. According to Bunga: “The work process is inverted: I turn to the space first, without previous sketches, creating and experimenting based on a concept. The drawings come later and respond more to an investigation of thought rather than observation”.